Home Featured What Is the Secret to Trump-Erdogan Close Relationship?

What Is the Secret to Trump-Erdogan Close Relationship?

This week the long-awaited memoir titled “The Room Where It Happened” by the former White House National Security Adviser John Bolton was published. The Administration sued to try to delay the publication of the book on the grounds that it contained classified information, but a federal judge has denied the request to prevent the distribution of the book.

John Bolton served as President Donald Trump’s National Security Adviser for 18 months, from April 2018 to September 2019. When he left The White House he announced that he is resigning from his position, but Trump insisted that Bolton was fired. Whatever the circumstances, four months before the presidential election the book has caused new headaches for Trump’s reelection campaign. Bolton’s book has immediately grabbed the public’s attention, and during his many television interviews, the author warns the American people, and especially his fellow Republicans, that Trump does not deserve re-election and, moreover, he is a threat to America’s national interests.

There are many startling exposures in Bolton’s memoirs, but the media is focused on two episodes related to China and Turkey. Bolton writes how during last year’s G-20 Summit in Osaka, Trump turned the conversation with Chinese President Xi Jinping to the upcoming 2020 election, and “stressed the importance of farmers and increased Chinese purchases of soybeans and wheat in the electoral outcome”. According to Bolton Trump begged Chinese President to help him get re-elected.

Bolton writes that during a 2018 phone call the Turkish President Erdogan sent Trump a memo insisting that the scandal-hit Halkbank was innocent. “Trump then told Erdogan he would take care of things, explaining that the [New York] southern district prosecutors were not his people but were Obama people, a problem that would be fixed when they were replaced by his people”. Halkbank, one of Turkey’s largest banks, is under indictment for circumventing the US sanctions against Iran and laundering up to $20bn in gold to Tehran via the UAE in return for Iranian oil and gas.

It is noteworthy that responding to another request by Erdogan, President Trump also tried to thwart the recognition of the Armenian Genocide by the US Congress, but members of the House of Representatives and the Senate remained adamant and adopted two Resolutions by overwhelming majorities in both houses.

Even before these new revelations in Bolton’s book, many journalists and commentators were questioning as to why Trump and Erdogan often have telephone conversations and why the US President meets Turkish president’s demands. Last October, after another such phone call Trump unexpectedly pulled the American troops from Syria, despite the advice of the Pentagon, allowing the Turkish army to occupy areas held by US-allied Kurdish forces.

Since his election, Trump has had nearly 20 telephone conversations with Erdogan, the most among foreign leaders. What was the content of those conversations remains largely a mystery. These close contacts seem puzzling when we consider that there is no shortage of anti-American rhetoric by the Turkish president, and he constantly criticizes American policies and takes positions which are contrary to American interests throughout the world. Trump also publicly criticized Turkey, at one point even threatening to bring its economy to its knees. However, the realities present a completely different picture, and point to a special connection between the two men.

According to some Democratic lawmakers, Trump-Erdogan relations could be influenced by the US president’s business interests in Turkey. There are two “Trump” towers in Istanbul, with each generating 1 to 5 million dollars for the Trump family, according to financial disclosures from 2015 and 2016. During one of his anti-American speeches, Erdogan threatened to remove Trump’s name from the towers.

According to media reports Turkish officials have visited the Trump International Hotel near the White House on 14 different occasions and organized four state-level events spending large sums of money.

The close relationship between the Presidents of the United States and Turkey and the events that follow such contacts between them, once again raises questions about Trump’s motivations. Is he guided by his own personal interests and not by the national interests of the country he has sworn to serve?
“MASSIS” 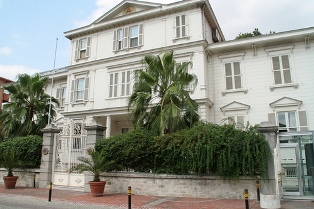 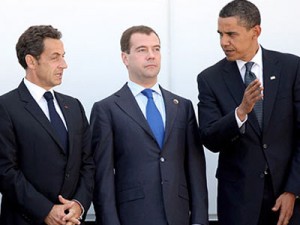