YEREVAN — Prime Minister Nikol Pashinyan thanked the U.S. Congress on Friday for recognizing the 1915 Armenian genocide in Ottoman Turkey, saying that resolutions adopted by it will help to reduce Turkish threat to Armenia’s security.

“For us, international recognition of the Armenian genocide also has a security component,” he told government officials in Yerevan. “This process is important in terms of ensuring the security of our country and people.”

Pashinyan charged that Turkey’s continuing denial of the genocide coupled with its economic blockade of Armenia pose a serious security threat to his country. He accused Ankara of also pursuing “aggressive policies” towards Turkey’s virtually all other neighbors.

“The international community should express a clear position on Turkey’s actions and also encourage Turkey to reappraise and reconsider its role in our region,” he said.

In a resolution adopted by unanimous consent on Thursday, the U.S. Senate said “it is the policy of the United States to commemorate the Armenian Genocide through official recognition and remembrance.”

The Turkish government strongly condemned the move, with Foreign Minister Mevlut Cavusoglu calling it a “political show” that “has no validity whatsoever.” “This resolution of the Senate is one of the disgraceful examples of politicization of history,” read a separate statement released by the Turkish Foreign Ministry.

The resolution drew universal praise from Armenia and its worldwide Diaspora. Pashinyan called it a “historic event” immediately after its passage on Thursday.

As well as blasting Ankara the following morning, the prime minister made clear that just like the previous Armenian governments his administration stands for normalizing Turkish-Armenian relations “without preconditions.” “We have said that for us recognition of the Armenian genocide is not on the agenda of our relations with Turkey,” he said.

Turkey continues to make the establishment of diplomatic relations and opening of its border with Armenia conditional on a resolution of the Nagorno-Karabakh conflict acceptable to Azerbaijan. Turkish leaders regularly reaffirm this precondition. 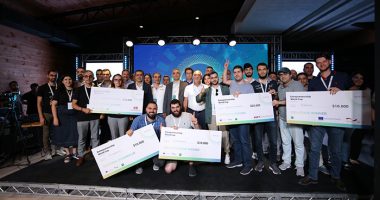 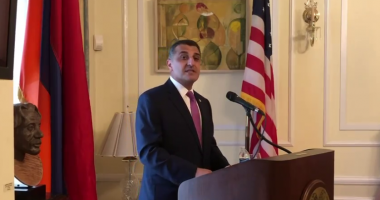 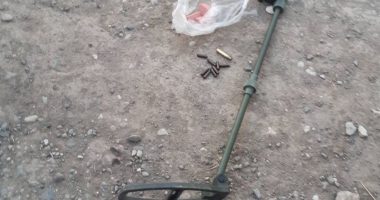 YEREVAN — The Armenian military has thwarted early on Friday an Azerbaijani…
CANOGA PARK, CA — The Board of Trustees of the Armenian General…