LOS ANGELES — The Los Angeles Times has listed the Armenian Genocide film Aurora’s Sunrise as one of the ‘5 must-see movies’ at the 2022 “Animation is FILM” Festival. The animated documentary, directed by filmmaker Inna Sahakyan, highlights the life of genocide survivor and author Aurora Mardiganian, née Arshaluys.

Aurora’s Sunrise is a hybrid documentary that portrays the life of Aurora Mardiganian through animation, interview footage with Aurora prior to her death in 1994, and recently discovered original footage of the 1919 film Auction of Souls. Filmmaker Inna Sahakyan directed this documentary to portray a forgotten story of genocide survival that remains as relevant today as the original movie Auction of Souls.

Since 2017, the Animation is FILM Festival has presented an annual showcase of animated films from around the world. According to its mission statement, the festival champions and supports filmmakers who use animation to pursue unique cinematic visions beyond conventional paradigms. The annual event takes place at the historic TCL Chinese 6 Theatre in Hollywood, with the 2022 festival running between October 21 through October 23.

The story of Aurora Mardiganian, born in Chmshgatsak Western Armenia on January 12, 1901, became the bellwether for the Near East Relief Fund during the Armenian Genocide and became the inspiration for the memoir book “Ravished Armenia” and the film Auction of Souls (1919). In honor of Aurora Mardiganian, the Aurora Prize was established as a humanitarian award  founded on behalf of the survivors of the Armenian Genocide and in gratitude to their saviors.

The film, Aurora’s Sunrise will be presented on October 23, 2022 at 6:30 pm and tickets can be purchased at www.animationisfilm.com

Aurora’s Sunrise, 2022 is produced by Bars Media, Gebruder Beetz Filmproduktion, and Artbox Laisvalaikio Klubas. The screenplay is written by Inna Sahakyan, Peter Liakhov, and Kerstin Meyer-Beetz with editing by Ruben Ghazaryan and the film score by Christine Aufderhaar. 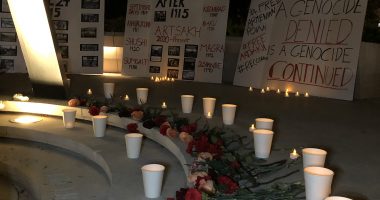 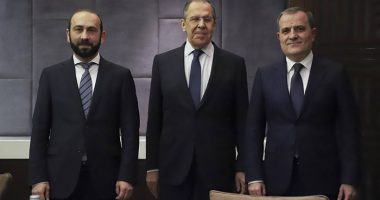