NEW YORK — The sound of thunderous applause emanated from the French Institute Alliance Française’s Florence Gould Hall on April 5, 2019 as a sold-out crowd of music lovers, admirers and friends gathered for the Sahan Arzruni 75th Anniversary Concert, organized with the cooperation of multiple organizations of the Greater New York area, including AGBU, The Armenian Apostolic Church of America (Eastern Prelacy), Armenian Radio Hour of New Jersey, Eastern Diocese of the Armenian Church of America, Direct Help for Armenian People, and the Fund for Armenian Relief.

The renowned pianist, composer, ethnomusicologist, teacher, and scholar performed on the occasion of his milestone birthday, captivating the audience with original compositions, as well as works by musical giants Aram Khachaturian, Alan Hovhaness, and Edvard Mirzoyan. His varied repertoire was interspersed with anecdotes about some of the composers whose work he performed, such as longtime friends and role models Hovhannes and Mirzoyan.

Arzruni has enjoyed widespread acclaim from across the classical music landscape, performing on international stages worldwide. He has been recognized in various capacities for his impassioned dedication to Armenian music and heritage. A recipient of the Movses Khorenatsi Medal for exceptional achievement in cultural development, Arzruni was appointed the full-fledged representative of Armenia’s Ministry of Culture in the Diaspora for the Aram Khachaturian Centennial in 2003. He has also been honored with both an encyclical and the Sts. Sahak and Mesrob Medallion by His Holiness Karekin I of blessed memory.

In his program message, the Very Reverend Father Daniel Findikyan, Primate of the Eastern Diocese of the Armenian Church of America, expressed how Arzruni “is truly peerless in his championing of the Armenian musical inheritance; both its great figures like Khachaturian, Hovhaness, and the immortal Komitas, as well as our lesser known, but hardly less distinguished, names like Mirzoyan, Mansuryan, Babadjanyan, Arutiunuan, Zakaryan and others.” Making Armenian music accessible to the rest of the world, Arzruni was lauded throughout the night as an artist of striking versatility and an ambassador for the rich Armenian heritage he has worked tirelessly to promote and preserve. “The music abounds in subtlety and rhythmic surprise, and Mr. Arzruni created vivid, eloquent atmospheres,” the New York Concert Review raved.

The concert was followed by a private reception at the AGBU Central Office in New York- a fitting venue, given Arzruni’s involvement with AGBU since 1964, receiving an AGBU scholarship in 1966 to pursue his musical studies. “Sahan is an icon,” AGBU President Berge Setrakian observed. “We are always trying to inspire the next generation and giving them role models to be proud of is how we do that-Sahan is just that.” 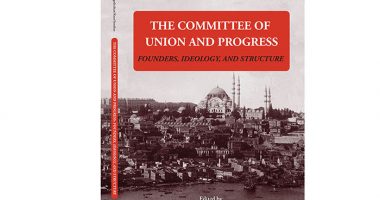