University of Idaho history professor Richard Spence argued at a lecture last week that the mass killing of Armenians in 1915 was the 20th century’s first genocide and ought to be recognized as such.

“After a starting population of 2 million Armenians in the Ottoman Empire on the eve of World War I, up to 1.5 million died during the genocide between 1915 and 1923,” Spence said. “Over a million were forcibly deported during that time.”

Last Monday, students and community members from across the Palouse area filled a Teaching and Learning Center classroom to listen to a lecture by Spence about the Armenian Genocide and its 100th anniversary, a historical event he said is often overlooked.

Spence spoke of the ethnic cleansing as being a significant component of World War I and explained that the Ottoman Turks, desiring an ethnically pure Turkish national state, sought to reduce Armenians and other groups in the region who did not fit into their vision.

Spence said April 24, 1915 is considered the starting date of the eight-year genocide, because it was when officials gathered Armenian intellectuals and leaders in the Ottoman capital of Constantinople —now Istanbul — and subsequently tortured and executed them.

“Between 1915 and 1923, Armenians were forced from their homes, left to starve in the desert, sent to concentration camps and/or flat out killed,” Spence said.

Spence said although the word “genocide” was not coined until 1943, the atrocities against the Armenians fall under the criteria for genocide under the Geneva Convention, a series of treaties to protect persons in times of international conflicts.

UI senior Ruben Tsarukyan was born in Armenia and spoke at the lecture. He said he and his family immigrated to the U.S. in 1997 due to civil unrest that followed the collapse of the Soviet Union. Tsarukyan, like many Armenians, has direct links to the genocide.

“My great-grandfather, Sirekan Sarian, was a survivor of the Armenian Genocide as a result of the Near East Foundation, but his parents and brother all fell victim to the massacres,” he said.

Proud of his heritage and culture, Tsarukyan said he is dedicated to educating others about the Armenian Genocide.

“It is my moral obligation as an Armenian to disseminate the history of my ancestors and to honor them in any way I can,” he said. “Educating others about the Armenian Genocide would be one way to do that.”

Spence said the Armenian Genocide was one of Adolf Hitler’s blueprints for the Holocaust of World War II.

“The Ottoman Turks were allies with Germany during World War I and had observers on the ground in Turkey while this was going on,” Spence said. “Many were revolted by what they observed, but some also agreed with what they considered the extermination of a ‘weaker race.’”

The modern nation of Turkey, the successor of the Ottoman Empire in Anatolia, denies the Armenian Genocide ever happened. Spence said many people residing in Turkey are uncomfortable with discussing the Armenian Genocide. In fact, Spence said he once met a couple from Turkey who were highly educated and seemed to be liberal minded, but even they seemed to dismiss the genocide.

“After discussing everything cultural, I decided to brave it and ask about the Armenian Genocide,” Spence said. “Their uncomfortable response was that it wasn’t a big deal and that the Armenian people were pests on the land anyway.”

Spence said the current government of Turkey tries to distance itself from parts of the Ottoman legacy, although many leaders have links to the Ottoman government, as well as the genocide.

“It made for an awkward subject that did not fit with the idealistic nationalist narrative of the founding of modern Turkey,” he said.

Spence said many in Turkey are afraid if the country officially recognizes the genocide, Armenians would demand reparations similar to what many Jewish survivors of the Holocaust did in Germany following World War II.

Tsarukyan said educating people about what happened to the Armenians is relevant and important, and he would continue to do so until it is largely recognized.

“The Armenian Genocide is still important because some nations refuse to use the term ‘genocide’ when they refer to the atrocities Armenians faced under the Ottoman Turks, even though Idaho as a state recognized it in 2004,” Tsarukyan said. “In order to prevent future genocides, nations have to acknowledge past genocides.” 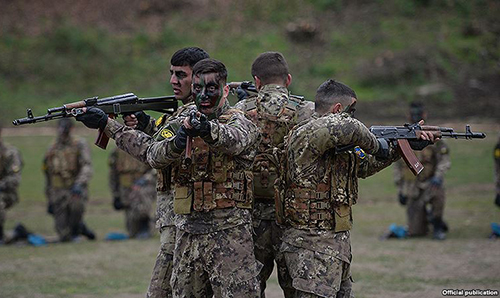 TBILISI — Representatives of the Armenian community of Georgia led by the… 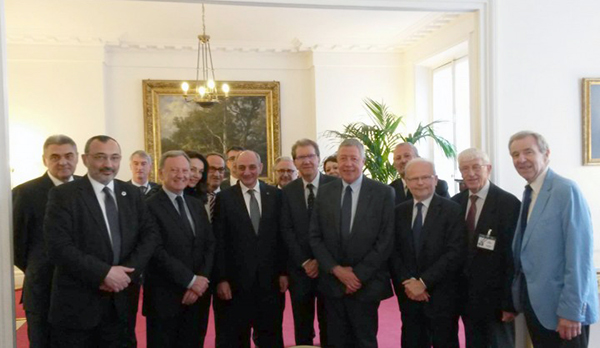