Next Armenian-Azeri Summit ‘Planned For June 20’

MOSCOW (RFE/RL) — Russian President Vladimir Putin will host on Monday a fresh meeting of his Armenian and Azerbaijani counterparts aimed at kick-starting the Nagorno-Karabakh peace process, the Kremlin announced on Tuesday.

“Trilateral negotiations of the presidents of Russia, Armenia and Azerbaijan on the Nagorno-Karabakh settlement are planned for June 20 in Saint Petersburg,” an aide to Putin, Yury Ushakov, said, according to Russian news agencies.

“We will obviously make an active attempt to help the parties resolve the conflict,” Ushakov told reporters. “We already played a decisive role in the cessation of hostilities that occurred [in April.]”

The Kremlin official referred to the April 2 outbreak of the worst fighting in the Karabakh conflict zone since 1994, which left at least 180 soldiers from both warring sides dead. The heavy fighting largely stopped on April 5 following a Russian-brokered agreement reached by the Armenian and Azerbaijani militaries.

Aliyev and Sarkisian pledged to strengthen the shaky ceasefire regime in Karabakh, including through independent investigations of armed incidents that would be conducted by the Organization for Security and Cooperation in Europe. They also agreed to expand an OSCE mission monitoring the ceasefire.

The U.S., Russian and French co-chairs of the OSCE Minsk Group discussed these safeguards in greater detail during separate talks with the Armenian and Azerbaijani foreign ministers held early this month. They presented the two men with concrete proposals aimed at preventing ceasefire violations. Azerbaijan has essentially opposed such safeguards until now.

“We call on all parties to show restraint, renounce the use of force, and take all possible measures to stabilize the situation,” the Sputnik news agency quoted Ushakov as saying.

The Putin aide stressed that Moscow will be making more peace efforts “in full coordination” with the United States and France and on the basis of the Basic Principles of the conflict’s resolution put forward by the three mediating powers.

The framework peace accord was first proposed by the Minsk Group co-chairs in 2007 and has been repeatedly modified since then. It calls for a phased settlement that would start with Armenian withdrawal from virtually all districts around Karabakh and end in a referendum on the disputed territory’s status.

Aliyev and Sarkisian came close to cutting a peace deal along these lines at a 2011 meeting in Kazan, Russia mediated by then Russian President Dmitry Medvedev.

The press offices of the Armenian and Azerbaijani presidents did not immediately confirm the date and venue of their upcoming meeting. 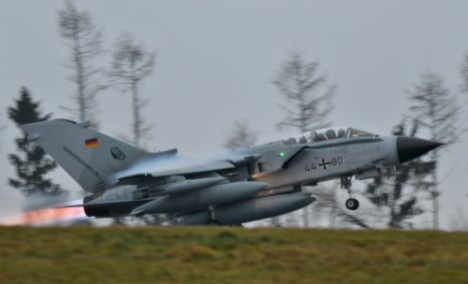 BERLIN (Reuters) – Turkey is blocking the plans of a senior German…