Ararat Home Commemorates the Centennial of the Armenian Genocide

MISSION HILLS, CA — Ararat Home had the unique opportunity and privilege to commemorate the centennial of the Armenian genocide by celebrating the lives of 12 centenarians residing at the Home. On Sunday, March 15, approximately 450 guests gathered at Deukmejian Ballroom for a special program honoring 12 extraordinary individuals born between 1906 and 1915. Two of the honorees are among the few remaining survivors and witnesses of the Armenian genocide. However, all the honorees have experienced life with moments of triumph, sorrow, joy, pain and fulfillment. Their remarkable lives were presented by students from 11 Los Angeles area Armenian day schools. After the reading of each honoree’s biography, students beautifully recited poems composed by treasured Armenian writers that illustrate the enduring spirit of the Armenian people. The symbolic representation of Armenian centenarians by members of the future generation of Armenians was truly poignant.

Keynote speaker Dr. Stephen Smith, Executive Director of the USC Shoah Foundation – The Institute for Visual History and Education, spoke of the importance of celebrating life in the face of the most heinous of crimes in the 20th century. He reaffirmed that there is no better revenge to genocide than to celebrate life lived in full with the highest values of humanity as exemplified by the 12 honorees.

Dr. Smith presented clips of several eyewitness testimonies representing the nearly 400 interviews that were filmed by J. Michael Hagopian, digitized by the Armenian Film Foundation and recently obtained by the USC Shoah Foundation to be catalogued in its Visual History Archive and released for public viewing beginning on April 24, 2015. Dr. Smith asserted that the greatest power against denial is the voice of those who can say, “I was there.” He said that as the memory of survivors moves into history, “now the responsibility becomes ours to take forward that message they have left with us, to use it, to teach with it, to inspire others to celebrate life, not to dwell on death; because that, surely, is the way in which [genocide] prevention will really be possible.”

The program, which was emceed by Gerald Papazian, Chairman of the Armenian Film Foundation Board of Directors, was further enriched by several artistic presentations. Tenor Raffi Kerbabian opened the event by singing the national anthems of the United States and the Republic of Armenia, and later, his wonderful renditions of Yeraz Im Yerkir Hayreni and Kilikia accompanied the entrance of honorees into the hall, where they were greeted by standing ovations. Dr. Vatche Mankerian played two exquisite pieces on the piano, one of which is his own composition, Suite After Komitas. The program concluded with beautiful dance performances by Hamazkayin Nairi Dance Group. 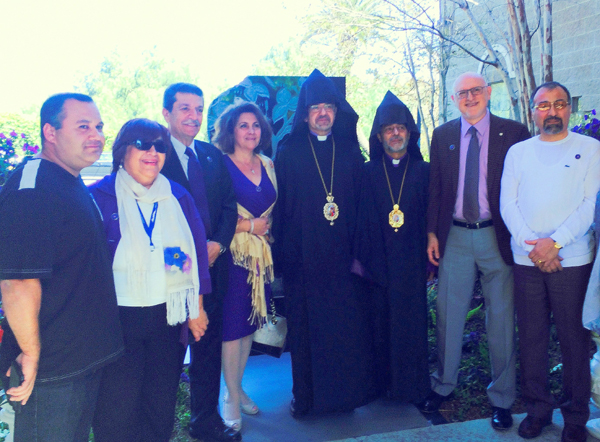 Ararat Home planned additional commemorative events on its Mission Hills campus in March and April. On Thursday, March 12, clergy from the Western Diocese and Prelacy of the Armenian Apostolic Church, the Armenian Catholic Eparchy and the Armenian Evangelical Union performed a special requiem service in Sheen Memorial Chapel. After a prayer was said in front of the relics of Armenian martyrs that are held in the chapel, clergy and guests proceeded outside for the unveiling and blessing of a new monument. Dedicated to the memory of those who perished and the legacy of those who survived the Armenian genocide, the monument depicts a mulberry tree signifying life, as many children escaped death during the massacres by hiding under the leaves of mulberry trees. In a symbolic gesture, Ararat Home residents planted a sapling near the monument that will grow and blossom as the Armenian nation has in the last century. Over 100 guests enjoyed the ethereal music of flute and harp duo, Salpy and Sossy Kerkonian, during the reception following the service.

Ararat-Eskijian Museum prepared a special exhibition of rare photos of Armenian genocide survivors and posters from the archives of the Near East Foundation, which depict the massive U.S. campaign to aid Armenian survivors in the years following the genocide. The exhibition was displayed for three months in the museum, on campus, for special events and during the Home’s Monthly Tuesday Luncheons. Additionally, on March 8, Ararat-Eskijian Museum hosted a talk by Turkish scholar Dr. Fatma Müge Göçek, Professor of Sociology and Women’s Studies at the University of Michigan. Dr. Göçek spoke about the denial of collective violence committed against Armenians throughout Ottoman and Turkish history, from 1789 to the present day.

In remembrance of the blood spilled by countless victims during the genocide, the Home collaborated with the American Red Cross to host a successful blood drive on April 7. With the participation of 52 donors, members of the Ararat Home community may have potentially helped save the lives of 117 individuals.

And finally, as is customary at the Home on every April 24th, this year, too, residents along with staff and family members gathered in the chapel for a memorial prayer service and laying of flowers at the genocide monument and khatchkar on campus. With these commemorative events, Ararat Home remembered the genocide martyrs of a century past and celebrated the survival of the Armenian nation since. 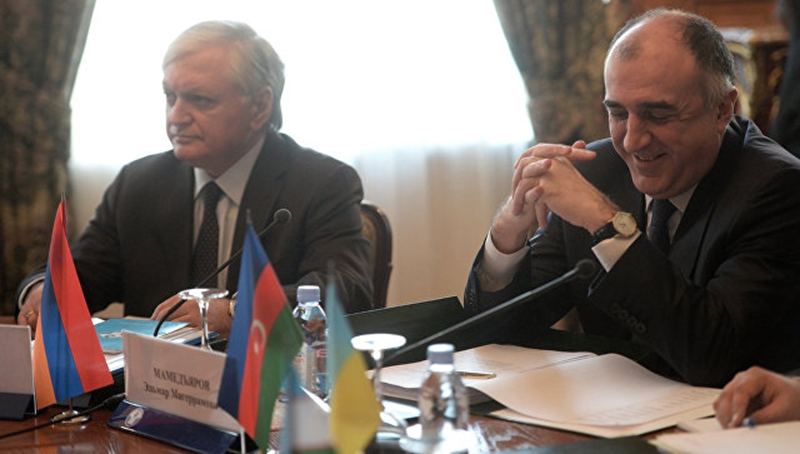 BRUSSELS — The Foreign Ministers of Armenia and Azerbaijan Edward Nalbandian and… 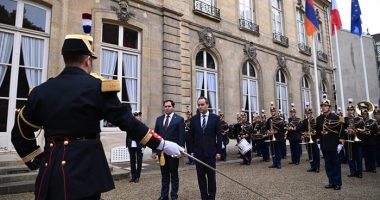 PARIS — A French Defense Ministry delegation will be sent to Armenia… 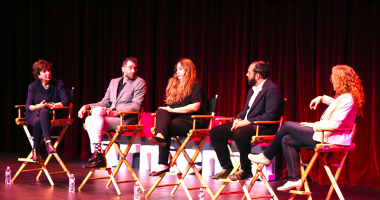