SCOTTSDALE, AZ — Scottsdale Community College’s new Genocide Memorial Monument was unveiled on April 24, 2015 in honor of the centennial of the Armenian Genocide, the monument was gifted to the College by The Armenian community of Arizona and the Western Diocese of the Armenian Church.

The tufa (tuff) stone monument features Armenian and Native American elements. It was conceptualized by Rev. Fr. Zacharia Saribekyan, parish priest of St. Apkar, and created by sculptor Gaspar Gharibyan. Prior to its arrival in Arizona, it was consecrated in California at St. Leon Armenian Cathedral by the Primate of the Western Armenian Diocese, His Eminence Archbishop Hovnan Derderian, along with 12 high ranking clergy from around the world, 28 parish priests, and 40 deacons and acolytes.Present at the February consecration were Professor John Liffiton, Director of the Genocide Conference at SCC, and Rev. Fr. Zacharia Saribekyan, Rafi Hagopian, parish council chairperson, and Deacon Berj Manoogian, all of St. Apkar Armenian Apostolic Church in Scottsdale. 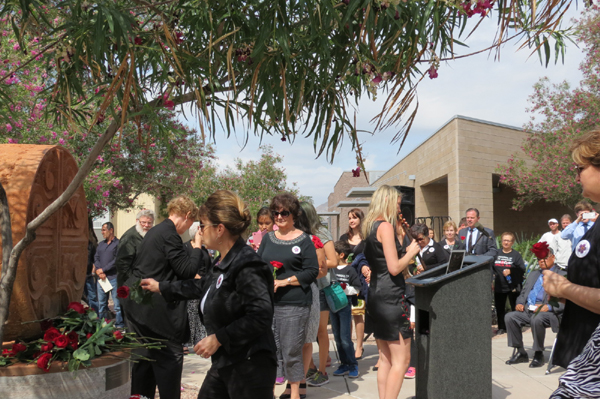 To signal the rebirth of the Armenian nation while demonstrating the centuries old culture, Armenian songs were played and dances were performed.

The circular monument features the Armenian letter “Է” (Eh), which means “God is.” The base has pertinent lines from poet Daniel Varoujan’s “Antasdan” on each of its 4 cardinal directions.

Scottsdale Community College is situated on reservation land belonging to the Native Americans. Traditional Armenian and Native American elements used as iconography include symbols for eternity; the 4 corners of the earth; the elements earth, fire, water and air; and five continents where genocide has occurred. It is inscribed with the words, “Not On Our Watch,” the motto of SCC’s Genocide Awareness Program, which ran this year April 13-18.

LOS ANGELES — A requiem service will be held on Sunday, Dec.… 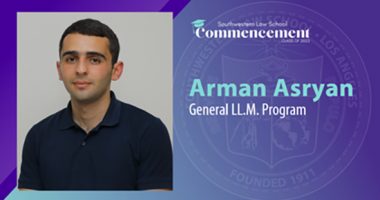