On an official visit to the United States, His Grace Bishop Armash Nalbandian, Primate of the Armenian Church of Damascus, along with other Syrian Christian officials, met with several Armenian American leaders and elected officials in Southern California, to discuss the plight of Syria’s Christians in light of the recent political uprisings.

Bishop Nalbandian participated in a lecture on February 10, organized by the Executive Committee of the Syrian Armenian Relief Fund (SARF), under the auspicious of H.E. Archbishop Hovnan Derderian of the Western Diocese of the Armenian Church of North America, provided an opportunity for the public to learn in detail about the dire situation facing Syrian Armenians. The program at the Western Diocese Kalaydjian Hall in Burbank, moved so many hearts that over $30,000 was raised.

On Saturday, February 15, Bishop Nalbandian took part in the opening ceremony of a cultural exhibit entitled “A Country Called Syria.” The exhibit was presented by the El Pueblo Historical Monument, in collaboration with Syrian American Mothers and the City of Los Angeles Human Relations Commission at the Pico House Gallery at El Pueblo Historical Monument in Los Angeles. The exhibit provided insight and context to the rich history and timeless allure of this ancient Middle Eastern land. The Bishop was introduced by Joumana Silyan-Saba, Senior Policy Analyst for the City of Los Angeles Human Relations Commission. The Bishop expressed his happiness that such an exhibit was being presented to the public, stressing that Syria has a vast array of diverse cultures and ethnicities which must be preserved through these turbulent times. The Bishop also thanked the organizers of the exhibit, as well as Joumana Silyan-Saba and City of Los Angeles Human Relations Commission who have strived to bring awareness to human suffering and facilitating dialogue between peoples.

On Monday, February 17, members of the Central Committee of the Social Democrat Hunchakian Party, along with members of the S.D.H.P. Executive Committee Western USA Region, Armenian Council of America (ACA), Armenian Educational Benevolent Union, Armenian Athletic Association (Homenmen), Nor Serount (New Generation) Cultural Association, Gaidz Youth Organization, civic leaders and guests hosted Bishop Nalbandian at a dinner reception at the Armenian Educational Benevolent Union center in Pasadena. The Bishop reiterated his gratitude for medical, educational, and financial assistance being provided by Armenian American organizations worldwide to the Syrian Armenian communities. The Bishop personally thanked the S.D.H.P. and its affiliates conveying his confidence that they will continue supporting the Armenian communities of Syria.

On Tuesday, February 18, the Bishop, along with members of the Armenian Council of America, met with Representative Judy Chu (D-Pasadena). Bishop Nalbandian gave a general overview of the current situation and the medical, educational, and financial assistance being provided and the need for a peaceful diplomatic resolution to the Syrian conflict. Congresswoman Chu praised the bishop for his work and thanked him for bringing awareness to the Syrian cause. She also thanked the Armenian Council of America for coordinating the meeting enabling her to better understand the situation on the ground pledging her support to provide humanitarian aid to Syria.

Also on Tuesday, the ACA along with the Bishop met with California State Assemblymember Adrin Nazarian (D-Sherman Oaks). Assemblymember Nazarian stressed the importance of the worldwide Armenian community in their involvement in local government which will enable them to bring change to government policies they are so adamant about. The Assemblymember also pledged to bring awareness to the suffering of the Syrian Christians in the region and congratulated the Bishop’s efforts and all the hard work that he is doing in Syria.

On Thursday, February 20, Bishop Nalbandian along with the ACA delegation met with Los Angeles City Council Member Paul Krekorian at City Hall where the two discussed at length the situation in Syria. Councilmember Krekorian thanked the Armenian Council of America for bringing together this meeting, and stressed how sometimes there are various aspects of stories that are are not covered by the media adding to the importance of hearing about first-hand accounts of the turmoil in Syria directly from the Bishop.

Also on Thursday, Bishop Nalbandian met with Rt. Rev. Alexei Smith who serves as Vice President of the Catholic Association of Diocesan Ecumenical and Interreligious Officers. Father Alexei stated the importance of Christian to be aware of the suffering of fellow Christians in all parts of the world. Father Alexei expressed his commitment to Bishop Nalbandian in finding ways to support civilians in Syria through charitable humanitarian aid.

On Friday, February 21, Bishop Nalbandian was welcomed to the Los Angeles City Council Chambers by Councilmember Mitch O’Farrell and the Los Angeles City Council. After a brief introduction by Councilmember O’Farrell, the Bishop addressed the City Council on the plight of the declining Christian population of Syria due to the civil war there and requested support to bring peace to the country and its people. The Bishop, emphasizing the importance for the international community to realize that Syria is not just a Muslim country and that not all Muslims are terrorists, the vast majority of the Syrian people adhere to peace and that any resolution to the conflict should be done so through peaceful diplomatic means.

Lastly, the Bishop along with the ACA delegation met with Assemblymember Mike Gatto (D-Los Angeles). The Assemblymember stressed the need for the local Armenian American communities to engage their elected officials and convey their concerns regarding Syria. The Assemblymember also expressed his gratitude towards the Bishop and all his efforts, reiterating his support to find specific methods in providing financial relief to Syrian civilians, specifically Christians who have been persecuted as a result of the conflict.

The Bishop thanked the Armenian Council of America and its members for their hard work in organizing the meetings with a large array of elected officials in a substantially short period of time. He expressed his assurance that the ACA will continue championing efforts that will not only help the Armenian communities of Syria, but also other Christian and non-Christians alike.

“The ACA strongly felt that it was crucial to have Bishop Nalbandian meet with key leaders in the community who will, in turn, convey his message to the communities that they represent, as well as their fellow colleagues,” said ACA Board Member Garry Sinanian. “The meetings were extremely productive and I am confident that more will be done in the future to help our brothers and sisters in Syria who are living in dire conditions at the moment. We applaud Bishop Nalbandian for his courageous efforts.”

The Armenian Council of America is a grassroots organization dedicated to work with all political leaders, offering Armenian related news, analysis and resources for policymakers, media, students and activists, advocating issues important to Armenian Americans. 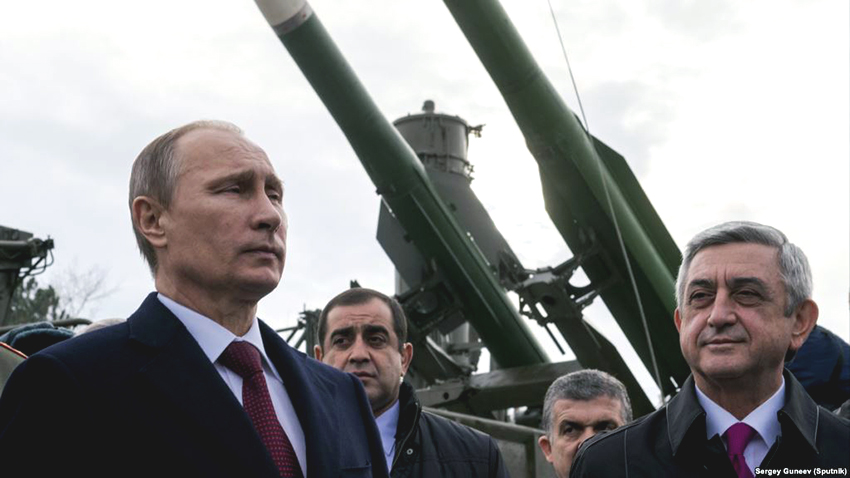 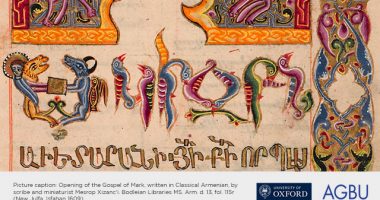 LONDON — In keeping with its core commitment to advance Armenian education,… 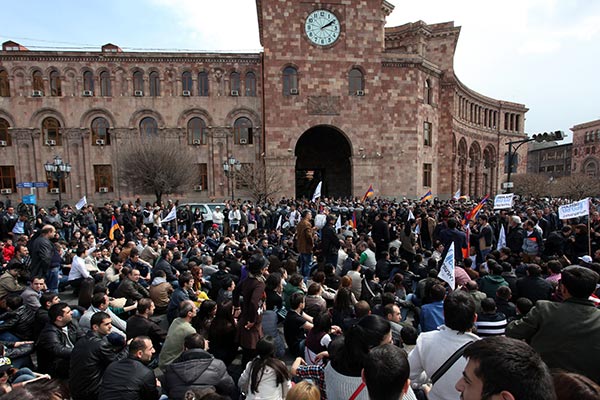 YEREVAN — Members and supporters of Dem.am civil movement campaigning against the…