WASHINGTON, D.C. – The Armenian National Institute (ANI) announced the launch of an Arabic version of its widely consulted website on the Armenian Genocide, which will continue to be expanded over the coming months. The site can be accessed at arabic.armenian-genocide.org or through the main ANI site at https://www.armenian-genocide.org/.

The ANI website contains extensive records on the history and affirmation of the World War I-era Armenian Genocide, when 1.5 million Armenians fell victim to the Young Turk government’s policy of mass deportation and annihilation. The initial release of the Arabic language site includes the Chronology of the Genocide, FAQs, original documentation, archival material, references on international affirmation, and contemporaneous photo evidence, as well as links to the online Armenian Genocide Museum of America, legal documents, focused exhibits, teaching resources and more.

“These resources have not been available to Arabic speakers in the past, yet the role many Arab states played in mitigating the effects of the Armenian Genocide and the dangers posed by the Turkish government’s efforts to deny and rewrite that history are as alive as ever. We know the consequences of Turkey’s censorship on its own history and are pleased to provide these resources to Arabic reading scholars, teachers, and the public,” stated ANI Chairman Van Krikorian. “During the Genocide, of course the Ottoman Turkish government used Arabic script, including to record the government’s own post-war trials where Turkish leaders were convicted of planning and executing the extermination of the Armenian race. We will be adding original Arabic script documents in time as well. Most of all, we thank all those who contributed to this project’s development and look forward to its expansion,” Krikorian noted.

Large diaspora communities formed across the Arab world after the Armenian Genocide. In contrast to the destruction of ancient Armenian centers across Ottoman Turkey, newly-formed Middle East communities created by survivors and refugees recovered and flourished over the following decades, and substantial Armenian communities continue to exist across the region. Countries like Lebanon and Syria are also among the list of 30 countries that have formally recognized the Armenian Genocide.

Among the earliest critics of the Young Turk policy of genocide was the Sharif of Mecca, Al-Husayn ibn ‘Ali, who called upon fellow Muslims to protect, help, and defend the deported Armenians. This remarkable pronouncement by the guardian of the Holy Places of Islam was largely heeded and stood in sharp contrast to the proclamation of jihad by the religious leadership in the Ottoman capital of Istanbul.

The ANI site also includes links to memorials around the world, including to the “Armenian Genocide Memorial Church” in Der Zor, Syria which was intentionally destroyed by terrorist forces coordinating with the Erdogan regime in Turkey in 2014.

Once again, a first-rate team of supporters and volunteers helped ANI’s professional staff realize the production of the Arabic language version of the ANI website. Genny Chekerjian took on the task of translating substantial portions of the large quantity of information posted on the site. Hagop Vartivarian provided editorial support, while Vatche Sarkissian closely collaborated with Chekerjian to provide as accurate a rendition of vital records as possible, and coordinated with longtime ANI webmaster Mark Malkasian to upload the site in the Arabic script.

“The continuous expansion of the ANI website and its translations have been the collaborative project of numerous supporters across the Armenian diaspora and our non-Armenian friends who appreciate the importance of making the critical records on Armenian Genocide affirmation easily accessible,” stated ANI Director Dr. Rouben Adalian. “From across the continents they have shared their time, talent, and encouragement. The Arabic version is a work in progress, and we welcome constructive comments from scholars and the community of concerned individuals working to defend human rights and protect human life everywhere in the world.”

ANI maintains a broad range of online resources about the Armenian Genocide. The online museum is an interactive site allowing visitors to proceed at their own pace and includes a very popular introductory video. Several digital exhibits released by ANI since the centennial of the Armenian Genocide cover many aspects of the experience of the Armenian people starting in 1915. The ANI digital exhibits are based on photographic collections from U.S. archival repositories and document the extensive humanitarian intervention of American volunteers, who arrived in Armenia and across the Middle East in the immediate aftermath of the genocide.

The leading institutional website on the Armenian Genocide since its inception 24 years ago, the ANI website annually registers millions of hits. Widely consulted by educators and students, the site is also a major source of information in preparation of April 24 commemorative activities utilized by journalists, government officials, and the public. The creation of the Arabic language ANI site follows the earlier successful launch of the Turkish and Spanish language versions of the site. More information on the Armenian Genocide can also be ascertained via the ANI Twitter 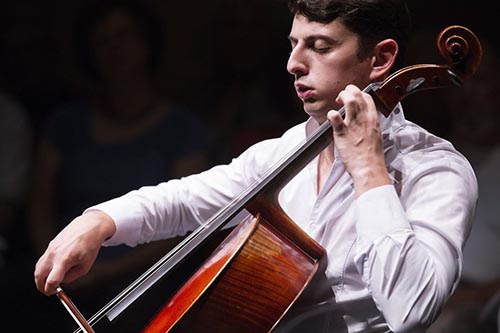 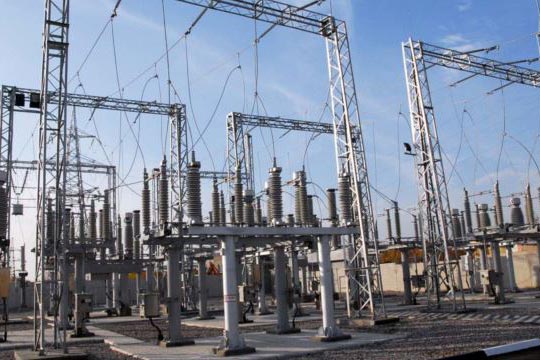 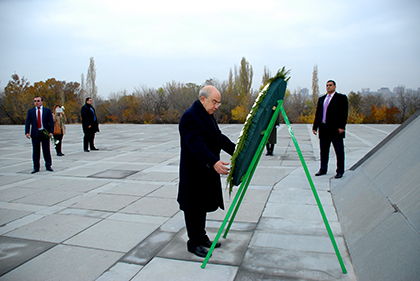 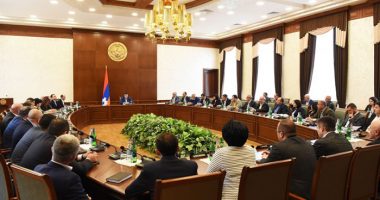