Harutiunyan also said that a planned peace treaty between Armenia and Azerbaijan cannot force the Karabakh Armenians to give up their right to self-determination.

“We have to tell our public that international players that are trying to offer their services with regard to that formula or treaty are not quite making beneficial proposals,” Harutiunyan told Karabakh television. “But this will not prevent us from using the important norm about peoples’ right to self-determination in accordance with the UN charter, and our struggle will be within the framework of that norm.”

Harutyunyan said the conflict is no longer an Armenia-Azerbaijan or Artsakh-Azerbaijan issue.

‘Unfortunately, the conflict has much deeper roots. Turkey has begun to play a much bigger role in the region than before the 2020 war. Therefore, we expect more reliable guarantees from the Russian Federation. Of course, we welcome the international community’s involvement, which is important in our future talks and relations with Azerbaijan, but I want to say explicitly that the future of Artsakh without Russian guarantees is questionable,” Harutyunyan added.

He noted in that regard that the peace treaty is “on the agenda” of the United States, France and the European Union.

“Generally speaking, I don’t imagine the future of Artsakh without the presence of the Russian Federation in the form of a peacekeeping contingent or another mission,” stressed Harutiunyan.

Asked about what to expect in 3 years, when the term of the Russian peacekeeping forces in Artsakh expires Harutyunyan said Artsakh expects an extension of the peacekeeping mission or another format to ensure its security.

‘It seems to me that the Russian leadership will announce it in some time,” Harutyunyan said. 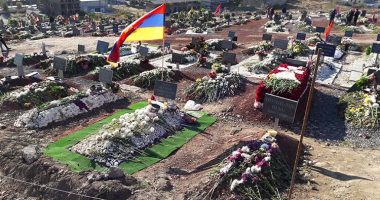 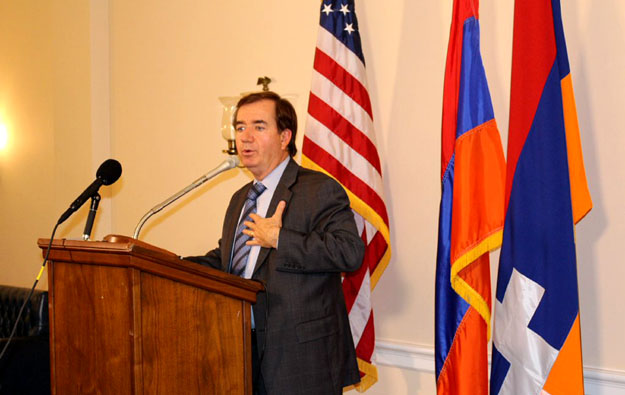 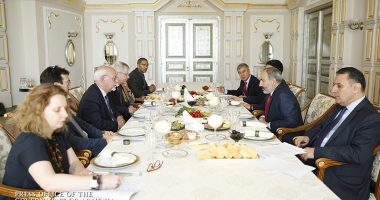 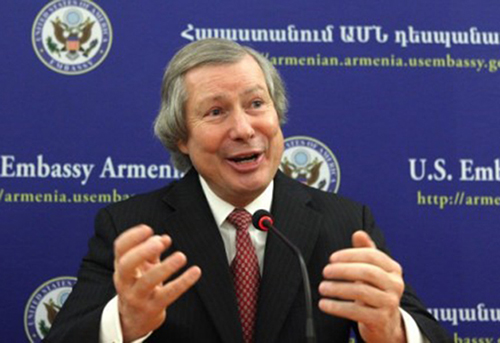