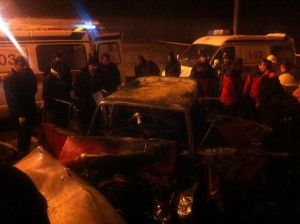 YEREVAN — Three people reportedly burned alive in a major car crash in capital Yerevan at midnight on December 7.
Two passenger cars – a VAZ 2102 Zhiguli and a BMW – crashed into each other on a bridge in Rubinyants street. Subsequent fire which broke out in the former vehicle left all three passengers dead. The driver of the other car escaped with a knee injury.
The driver of Zhiguli had evidently lost control, colliding with the left front corner of the BMW car. Official data will be available after expert examinations.
The BMW driver did not reportedly suffer serious injuries and complained only of knee pains.
This is the second time this year that accident victims have burned inside their vehicles. In May, four people were burned alive and another nine were injured in a single major car collision in Yerevan involving a GAZelle minibus and a Mercedes-Benz car whose driver was drunk.
According to data reported by the Armenian road police, a total of 1,866 road accidents were registered in the republic in January-October 2011, in which 249 people we 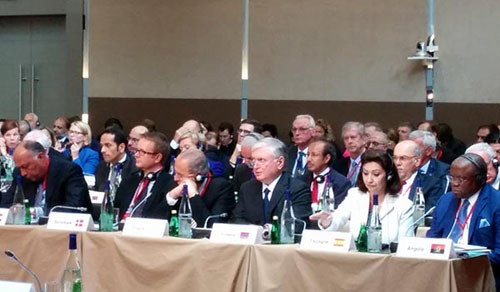 PARIS (Armenianow) — Armenia is deeply concerned about the developments in the… 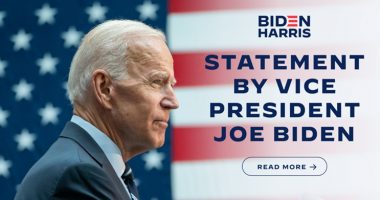 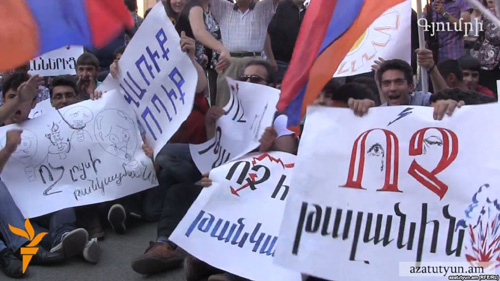 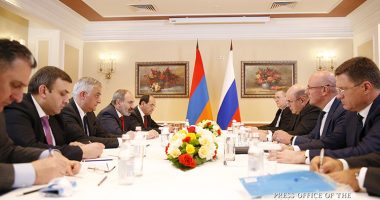