A Master Plan? Russo-Azeri Strategy for Armenian Pacification a Discussion with Lilit Gevorgyan and Armen Kharazian

FAIR LAWN, NJ—On Wednesday, June 30 at 7:30 pm ET, join UK-based security and political analysts Lilit Gevorgyan and Armen Kharazian on Zoom for A Master Plan? Russo-Azeri Strategy for Armenian Pacification— the first in the What’s Next series of discussions on the post-war Armenian reality.

“To shed light on what might come next,” said Ara Araz, St. Leon Armenian Church lecture series organizer and board member to sponsors NAASR and Justice Armenia, “Gevorgyan and Abrahamyan will frame the 44-day catastrophe and its aftermath within a wider context of Russo-Armenian relations and a shared Russo-Azeri vision that is unfolding in real time to achieve far reaching objectives.” To this end, Gevorgyan and Abrahamyan will examine the proposition that Russian and Azerbaijani interests have aligned behind Azerbaijani state-building and economic regional initiatives to the detriment of Armenian sovereignty both in Artsakh and the Republic of Armenia.

When asked about the upcoming event, NAASR’s Director of Academic Affairs Marc Mamigonian said, “Throughout the course of the war and its aftermath NAASR and its Gulbenkian-sponsored contemporary issues series has tried to present informative and analytical programs to give audiences a solid understanding of what is happening and what is at stake.” Araz added that “it is critical that our community better understand the contours of a world where Russian and Armenian interests might diverge on fundamental issues and the degree to which racial hatred or the occupation and further pacification of Artsakh coincide with—but are not the sole drivers of—Azeri aggression and policy.”

Lilit Gevorgyan is with IHS Markit, which provides strategic intelligence to 80% of the Fortune Global 500 and 94 of the 100 largest US corporations. As Russia and CIS Associate Director, she is responsible for analyzing the macroeconomic, political, security and business environment of Russia and former Soviet Republics and is a frequent contributor to major media outlets, including frequent guest appearances on BBC Radio Four’s Today Show and newscasts. She participates in broadcasts by CNN, CNBC, Bloomberg and Al Jazeera, among others. Prior to joining IHS Markit, in 2009, Gevorgyan gained knowledge of the CIS risk environment at Eurasia House at Cambridge University, the International Institute for Strategic Studies, LSE Enterprise and the United Nations. Earlier in her career, she worked for the ministries of foreign affairs and economy in Armenia.

Armen Kharazian is principal attorney of Washington DC-based Kharazian Law where he represents clients in white-collar criminal defense and investigations pertaining to Foreign Corrupt Practices Act and anti-money laundering statutes, export control and sanctions, the Foreign Agents Registration Act (FARA) and the Lobbying Disclosure Act. Prior to establishing his law practice, Kharazian served as a Law Fellow at the U.S. Department of Energy’s Office of the General Counsel and as an Honors Law Clerk at the U.S. Environmental Protection Agency.

Kharazian is a former member of Armenia’s foreign service where he held senior positions as Deputy Chief of Mission in Washington, DC and Head of the Foreign Ministry’s Arms Control & International Security Affairs Department. His prior postings include Armenia’s missions to the OSCE, IAEA, and CFE Treaty Joint Consultative Group in Vienna, and Armenia’s delegation to the Nagorno Karabakh Peace Talks. On Armenia’s behalf, Kharazian has negotiated the Additional Protocol to the IAEA Nuclear Safeguards Agreement, the CFE Treaty Flank Agreement and Adaptation Document, and Armenia’s first Individual Partnership Program with NATO, in addition to other matters concerning military-technical cooperation, counterproliferation, regulation & compliance, and regional security. Following his career in diplomacy, Kharazian served in a government affairs role as the Research & Analysis Director for the Armenian Assembly of America.

Register now to spend an evening in conversation with Gevorgyan and Kharazian. Go to http://bit.ly/Diverging-Interests to register. 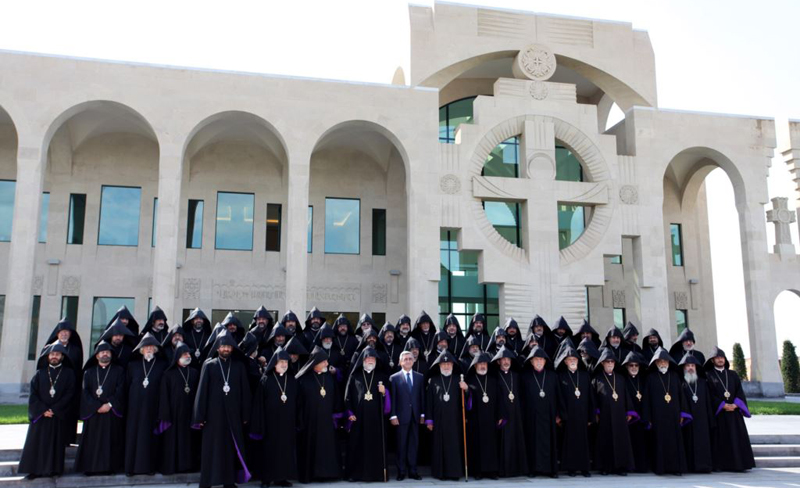 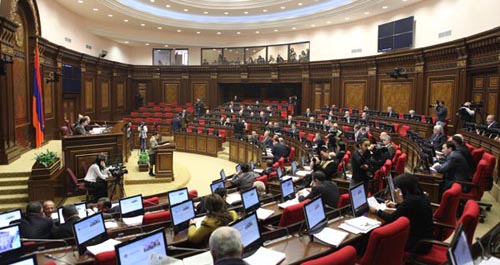 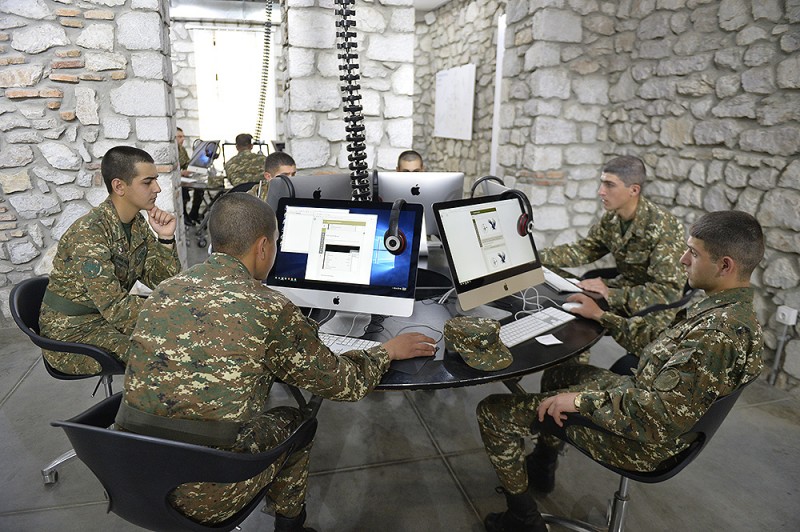