His Holiness Sahak II Khabayan of Cilicia in Sis, lived a long and turbulent life. Through his unyielding will and deep faith he was not despaired, on the contrary the Catholicos determined to save his Catholicosate in Antelias, Lebanon by his own hands, and not by the help of foreign states.

Last Farewell December 1921
In 1920 His Holiness Catholicos Sahak II Khabayan of Cilicia had returned to Adana, Cilicia, from his temporary exile to Jerusalem hoping to restore his seat in Sis, capital of Cilicia, its original site, now occupied by the Ottoman authorities and the members of the clergy exiled. The Catholicos remained in Adana one year, from November 1920 to December 1921, as he bid farewell to Cilicia forever, caring for his flock and leading them at his advanced age of 72. Catholicos Sahak went to Aleppo, one of his main dioceses, where Armenians from Cilicia had arrived as refugees. Sis was evacuated, and gradually Adana, Aintab, Marash, and Zeytoun evacuated after heroic self-defense, and survivors reached Aleppo, and dispersed homeless elsewhere in Palestine, Syria, Lebanon, and Greece, left to their destiny trying to settle under hospitable skies.

The Precedence
The reason of the evacuation of Cilicia was the treacherous political conspiracy by France and England. During the First World War, both countries met secretly on May 16, 1916 and signed a treaty in London for the partition of certain territories of the Ottoman Empire. The treaty was sanctioned by the Emperor of Russia which accordingly turned Cilicia over to France because of its strategic position. The Armenian Legion, an army of volunteers trained in Cyprus, now encouraged by the protectorate of France, volunteered to join the French expedition against the Turks in Arara, Palestine in 1918, expecting Cilicia to be returned to the Armenians. The Turks were defeated, as the Armenian Legion gave 23 victims on the field.
The first signs seemed promising but very short lived. France permitted the Armenians an army with 6000 strong to enter Cilicia by Iskenderoun and Mersin, where in 1919 some 120,000 Armenians were living. A year later, the number reached 160,000. On the other hand, the French protectorate did not take serious responsibility to defend the Armenians permanently. France allowed certain key posts to the Turks, while at the same time Moustafa Kemal, the founder of the Republic of Turkey, was advancing to Smyrna and the Greek islands determined to invade them. Obviously the Turks would start from Cilicia with the tacit approval of France.

Self Defense in Cilicia
Armenians wasted no time but went ahead for self-defense to only suffer greatly by the Turks. In 1920 Marash resisted for 20 days and gave 11,000 lives, and the rest some 8,000 fled to Syria. Hajin was surrounded for seven months showing heroic resistance, but surrendered on October 15 and only 380 soldiers escaped. The question is: where was France? What happened to the promises between France and the Armenian Legion? The Armenians were victims of treacherous politics, of foul and dishonorable shame.

On April 1, 1920 Moustafa Kemal entered Aintab and met with heroic resistance. 18,000 Armenians were saved who fled to Aleppo. In 1919 a large number of Zeitountsis returned to their town to suffer brutal death. This way the Armenians in Cilicia became the victims of the international politics deceived by France and England who needed the Turks more than the native Armenians. Not only France denied the so called promises shamefully, but also on October 20, 1921 with the treaty of Ankara, offered Cilicia to Turkey for good. The Armenians uprooted from their land departed mainly to Aleppo where they survived and revived under prosperous circumstances for a long time.

Last Efforts of Catholicos Sahak II
During the same years the Catholicos remained in Adana with his flock and ran the diocesan affairs as much as possible with the assistance of Bishops Yeghishe Garoian and Bedros Sarajian, hoping to establish his pontifical headquarters in Adana. However, treasons from the European countries, one after another, left little hope, and the aged Catholicos Sahak II had to leave Cilicia for Europe to negotiate, arriving Paris on March 13, 1920 to meet with the President and the Prime Minister of France. With no tangible results, he went to Beirut, Lebanon to consult with the French High Commissioner, and finally returning to Adana on November 1st empty handed after a long absence of eight months. With his two bishops he stayed in Adana for one whole year. Tears in his eyes, seeing the evacuation of Cilicia, His Holiness migrated to Aleppo in December 1921 with his flock and followers, marking the final departure of Catholicos Sahak II from Cilicia.

Sahak II Alert and Determined
Despite despair and disappointments, treason and injustice, the Catholicos of the Great House of Cilicia, the last incumbent of the historic See in Sis, carried his cross and went ahead undertaking his arduous task. He lived long and the Catholicosate did not see sunset despite heavy clouds; on the contrary, a new dawn ushered, thanks to his healthy and blessed life of 90 years. Even though far away from his original seat, the Catholicos witnessed its revival in Antelias, Lebanon in 1930. He achieved the revival with his own hands and not with distrustful foreign help. He invited a prominent high-ranking Archbishop Papken Gulesserian from Jerusalem, one of the first 1895 graduates of the Seminary of Armash, to be his Catholicos coadjutor and successor.
Archbishop Papken Gulesserian was elected Catholicos coadjutor in Aleppo by the Assembly of Delegates and consecrated by Catholicos Sahak II, assisted by the five bishops he had previously ordained in Sis and in Aleppo. He soon organized the newly established See of Cilicia in Antelias, Lebanon. Catholicos Papken’s immediate aim was the organization of the newly acquired dioceses, and the establishment of the Seminary to educate clergy. He invited the Vey Reverend Shahe Kasparian, a graduate of Armash, consecrated him a bishop, and assigned him as the first Dean of the Seminary in Antelias. Catholicos Papken passed away prematurely at age 68, a year after Archbishop Shahe Kasparian had died suddenly at age 53 while visiting Armenia to meet with the Catholicos of All Armenians, after completing his five-year term as the Dean of the Seminary.

Heartbroken but not Desperate
Heartbroken upon the double passing of his younger assistants, Catholicos Sahak II Khabayan laid the foundations of the Cathedral of the Catholicosate without seeing its completion. He passed away in 1939 at age 90, leading the See of Cilicia for 39 years from Sis to Antelias through most stormy and fatal decades. He had appointed Archbishop Bedros Sarajian as his Vicar, formerly the Primate of Hajin, who successfully followed up with the construction of the Cathedral and consecrated after the name of St. Gregory the Illuminator. The Archbishop was elected Catholicos of the Great House of Cilicia in 1940, assuming the name Catholicos Bedros I Sarajian.
As a grateful 1954 graduate of the Seminary of the Catholicosate, I conclude my writing recalling my priestly ordination at St. Gregory the Illuminator Cathedral 65 years ago by the Dean of the Seminary Bishop Terenig Poladian, one of the first graduates in 1935. 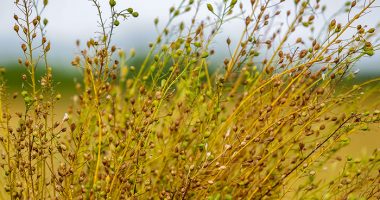 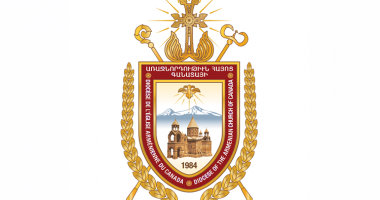 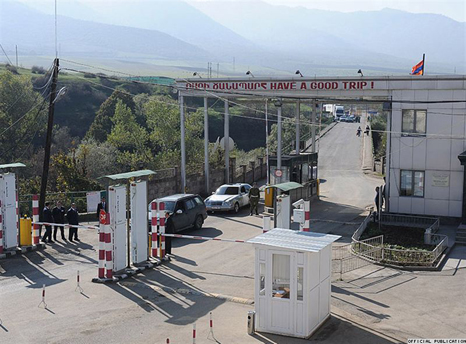