YEREVAN (ArmInfo — A systematic campaign is being conducted against the Prime Minister and the Government of Armenia in social networks, the traces of which lead to Russia,  Atlantic Council authoritative US think tank states as reported by  the Armenian service of ” RFE/RL “.

In a published investigation, experts of the Digital Forensic Research Lab of the organization note that the velvet revolution in  Armenia last May, on the one hand, restored public confidence in the  government, paving the way for democratic change, on the other hand,  united those who opposed political change.  As the investigation  shows, in the recent months, some opponents united under the hashtag  #SutNikol (Nikol>, Ed. note) and started a complex online  campaign aimed at discrediting Nikol Pashinyan and his supporters by  disseminating disinformation and biased information. According to experts, these groups use a special method of misleading the public –  seeming as an impartial organization checking facts to instill  confidence in users of social networks and gather followers, then  they distribute unilateral and divisive statements about political  events.

“These actions are not sincere, and they are becoming more and more  active,” the expert report says, in which, in particular, it is noted  that since April 15, the hashtag #SutNikol began to spread in the  Armenian online media space. Investigating the source, experts of the Atlantic Council identified 4 persons affiliated with it, who are  mainly responsible for the content and distribution, namely: the  founder of AntiFake.am Narek Samsonyan, the founders of Adequate  Artur Danielyan and Narek Malyan and the founder of Blognews  Konstantin Ter-Nakalyan.  “Adequate” is represented as a cultural  center, which allegedly “represents what the Azatutyun is silent  about (Armenian service” RFE”, e/Radio Liberty ed. note)”. The page  was created after the revolution in June last year and distributes a  significant number of videos with Artur Danielyan, who allegedly  represents illegal actions or false statements by the Pashinyan  government, spicing it up with anti-American rhetoric.  “For example,  in one of the videos Danielyan accuses Pashinyan of having an army of  fake users, in another video he questions the budget statistics  presented by the prime minister, or, for example, his policy in the  energy sector,” experts say , stressing that such allegations are not  based on sound evidence, but on messages from friendly media.  On  another page, AntiFake.am, it is stated that “the core of the latest  events in Armenia is false information, propaganda and manipulation.”  At the same time, the website states that its purpose is to disclose  unfulfilled promises, false information, manipulation, propaganda,  publishing news in the air and checking their authenticity.

“Contrary to the statements on independence and neutrality, the  content of AntiFake.am is mainly focused on discrediting Pashinyan, –  experts of the Atlantic Council say, continuing: – The most discussed  articles on the page contain political comments that divide society,  unsubstantiated reports that say that Pashinyan visited the plant,  which does not exist, or that Pashinyan attributes to himself the  successes of the previous government. ” At the same time, experts  noted another trend: both pages, in addition to the political  campaign, also focused on the fight against vaccination, in  particular, the Gardasil vaccine, presenting obviously false  information about it.  In the Western media there is an opinion that  the anti-vaccination campaign has begun and is sponsored by Russia.  This, however, is not the only fact that indicates external  interference. Experts of the Atlantic Council claim that they have  found clear evidence that, at least, AntiFake.am is not fully  controlled from Armenia. Studying the domain shows that the web  address of the page is registered in Russia – in St.  Petersburg.  Moreover, experts note that the registration data of this domain and  the person responsible for it on whois.net are closed

To note, the Atlantic Council is an American non-governmental  analytical center in the field of international relations, founded in  1961 with the aim of “maintaining and strengthening cooperation  between the US and Europe, which began after World War II.” In the  first years of its existence, the emphasis in the work was placed on  solving economic issues related to the development of trade between  the US and Europe. In the future, the Atlantic Council expanded its  activities outside of Europe and the USA. Today, it manages ten  regional centers and functional programs dealing with issues of  international security and global economic development. It is a forum  for political, business and intellectual international leaders. The  center is headquartered in Washington. 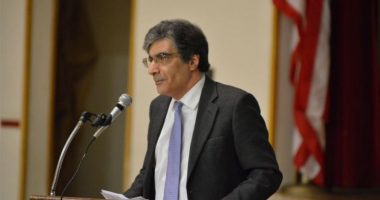 By Stephen Kurkjian Rouben Shougarian, who in 1993 became newly independent Armenia’s…
The Address of President Bako Sahakyan in connection with the Artsakh Revival… 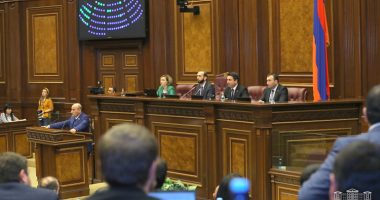 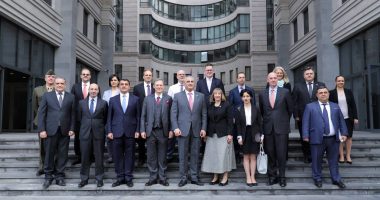 YEREVAN — The Governments of the United States of America and the…