YEREVAN (Armenianow) — Nagorno-Karabakh’s military stopped another reconnaissance-sabotage group from infiltrating into the republic’s territory Wednesday night, killing at least two Azeri commandoes and wounding one. The NKR Ministry of Defense said one Armenian soldier, Erik Gasparyan, was killed during the clashes.

According to the statement issued by the Ministry, the incident happened in the southern direction of the Line of Contact at about 2.55 am on May 28.

The NKR Defense Army extended condolences to the family and friends of the killed Armenian soldier. Investigation is underway to establish the details of the incident.

According to the report, the NKR military continues to control the situation along the entire Line of Contact.

At least two Armenian servicemen, including a lieutenant-colonel, have been killed and one wounded along the Line of Contact in southern Karabakh since early last week. In the meantime, last week the Karabakh military already reported one successful repulsion of an Azeri reconnaissance-sabotage group’s infiltration attempt. It said at least three Azeri commandos were wounded then. 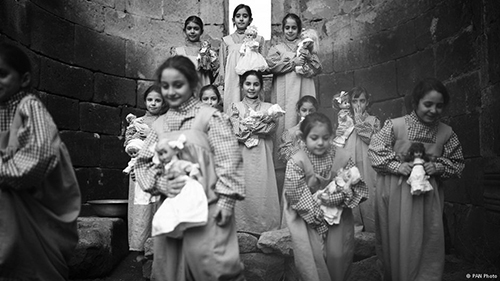 PRAGUE (Armradio) — Works by Armenian photographers are on display at Franz…