BURBANK — Echoing thousands of years of religious and cultural tradition, a monumental mass of faithful attended the symbolic Feast of the Nativity and Theophany and Blessing of the Holy Water ceremony at St. Leon Armenian Cathedral (Surpotz Ghevontiantz) in Burbank, California, on January 6, 2019, in a spiritually moving and inspiring service led by celebrant and homilist, His Eminence Archbishop Hovnan Derderian, Primate of the Western Diocese of the Armenian Church of North America.

The unending stream of the Christian flock in and out of the ornate Cathedral, reminiscent of the treasured historic and artistic ancient basilicas, was a testament to the richness of the Armenian heritage, the commemoration of Christ’s birth and the profound ties of the Eastern Orthodox faith that have been embedded for centuries in the homeland’s venerated Holy See of Etchmiadzin.

As the birth of Jesus Christ (Sourp Dznount) was reverberated throughout the sanctuary, over 2,500 people gathered to participate in the special service and to recreate His baptism by John the Baptist in the Jordan River through the Blessing of the Holy Water (Churortnek). The standing-room-only crowd was reflected on the altar as well, where an abundant number of young men served throughout the Divine Liturgy, a reflection of the secure future of the Armenian Church.

In his rousing sermon, Archbishop Derderian focused on the religious influence of Christ’s birth as well as the strength of the Armenian Church and faith. His Eminence paid tribute to Vartan Nazerian, a long-time benefactor of the Western Diocese and the Godfather of the Cross for the Blessing of the Holy Water service, who has dedicated himself over the span of four decades to the Church and to the Armenian community “in the spirit of St. Vartan.”

In the dawn of the new year, Archbishop Derderian thanked the Almighty for giving life and conveying God’s love and wisdom into the world through Jesus. He remarked that Jesus’s birth is a “wondrous miracle” and on that occasion “a new life opens within all of us that we feel in our hearts and our souls.”

“As we celebrate Christmas, we pause for a moment of spiritual reflection and self-examination in order to align ourselves with the will of the Lord Almighty God,” said Archbishop Derderian. “We are called to renew our covenant with Christ our Lord and reinstate the spiritual richness that lies deep within us.”

Tying in the celebration of the birth of Christ with the chance to take stock in the past year, Archbishop Derderian noted the many achievements of the Western Diocese as the institution undertook new initiatives, expanded its programming and asserted its significance as a bedrock of Armenian Christian life. Looking forward to the months ahead, Archbishop Derderian stressed the importance of “striving to further expand and increase in size and in scope our activities in the service of our Church and nation.”

With a new year come “new commitments” said Archbishop Derderian as he encouraged the faithful to “serve each other with meaningful hearts so we internalize the love and wisdom of God and bring blessings to the Armenian Church and the motherland with a blissful heart.”

In closing, Archbishop Derderian called attention to the importance of living by God’s word and wisdom every single day and to rise towards God and ask that He “renew our souls with the birth of Jesus.”

As the cross held by Nazerian was dipped into the Holy Water, the faithful recalled Christ’s submersion into the Jordan River as the blessed oil (muron), prepared in Holy Etchmiadzin and blessed by the Catholicos His Holiness Karekin II, was poured into the water from a dove-shaped vessel. This ancient ritual deeply touched Nazerian.

“It was very emotional for me, after 40 years of service to the Church and to the community at large, to be part of this significant ceremony,” said Nazerian. “It is my honor to serve our Armenian Church.”

Upon its blessing, the Holy Water was passed out to the attendees, creating a transparent yet viable link between the Diaspora and the homeland. As they drank the blessed water, the faithful became a part of Christ’s giving actions, symbolically joining with Him and experiencing a spiritual rebirth.

Diocesan Council Chairman Joseph Kanimian, Esq., reflected on the strong turnout not only at St. Leon Cathedral but in all the churches throughout the Western Diocese that were “filled with the faithful, elderly and young alike.”

“It was truly a blessing to see the youth participate in our religious services,” said Kanimian. “Our parishioners have been steadily attending church and renewing their faith in the sacred Armenian Apostolic Church.”

Honorary members present during the Feast of the Nativity and Theophany and Blessing of the Holy Water included Dr. Armen Baibourtian, Consul-General of Armenia in Los Angeles, as well as Armen Hampar and Antranig Zorayan, among notable Diocesan benefactors.

The spirit of Christmas at the Cathedral continued in the evening during a fundraising dinner to gather support for the rebuilding of the Moshatagh School in Artsakh’s Kashatagh region. The purposeful event, hosted by the St. Leon Ladies Society, took place at Nazareth and Sima Kalaydjian Hall and kicked off the Western Diocese’s theme for 2019, Year of the School, as designated by Archbishop Derderian, which follows on the heels of last year’s impactful Year of the Youth.

Chairlady Angela Parseghian remarked on the “positive environment” of the dinner that drew close to 300 guests and covered the amount to finish the remodeling of the village school. Through the funds, the Moshatagh School, which has fallen into squalor and disrepair due to the ongoing tragic territorial conflict, will have new bathrooms with running water, a gathering space, a safe building free of mold, and will give students the chance to learn in a secure and healthy environment to enable brighter futures.

“We were very successful in fundraising,” said Parseghian. “The highlight was having the youth become involved and donating any amount because it meant they understood the meaning of giving, which fulfilled Srpazan’s objective,” said Parseghian.

The overall tone of the Feast of the Nativity and Theophany, Blessing of the Holy Water and the subsequent fundraiser dinner was one of vigor, exaltation and vision that imbued the faithful with an uplifted spirit and led them even closer to God, the Armenian Church and the homeland.

“I’m so grateful to have had the opportunity to be present at St. Leon Cathedral during the celebration of the Nativity of our Lord,” said Derik Ghookasian, Chief Operating Officer of the Ararat Home. “The church was packed beyond capacity and was filled with so many familiar as well as new faces who were present.”

Derik emphasized the “multi-generational faithful” who were part of the Divine Liturgy celebration to “witness the baptism of our Lord.”

“The service was magnificent and the Primate’s message was inspirited,” said Ghookasian. “The procession of entering the sanctuary with such splendor and pageantry showed the uniqueness of carrying on our rituals in the Diaspora.”

Former Diocesan Council member Arsen Danielian, Esq., commented on the “ceremonial mystical tradition” of the Blessing of the Holy Water that “further reinforces the trust and confidence that our faithful community places in our Church under the inspirational and servant leadership of the Primate Archbishop Hovnan Derderian and the dedicated clergy of the Western Diocese.”

Danielian and his family were touched by the “spiritual significance” of the Divine Liturgy that was an “undiluted joy that not only brightened our hearts, but also enriched our souls.” 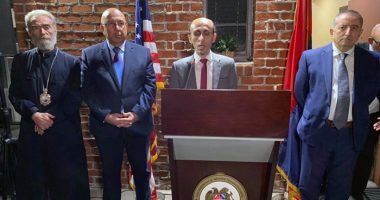 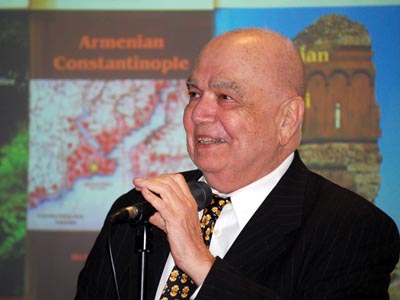 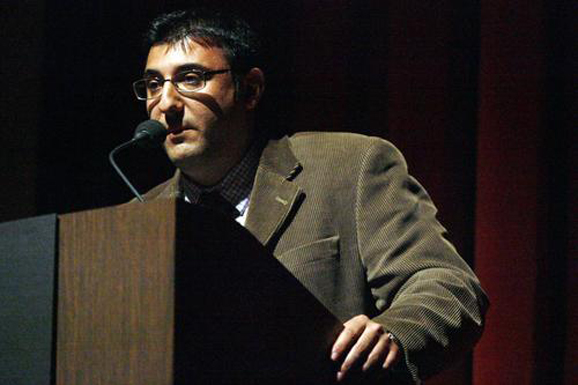