LOS ANGELES — On Saturday, August 11, 2018, the AGBU Asbeds and American University of Armenia (AUA) representatives came together for a celebratory evening at Panzanella Ristorante in Sherman Oaks, CA. The dinner was organized by the AGBU Asbeds in order to make a special announcement to the AUA. As a long time AUA supporter, the AGBU Asbeds expressed their commitment to the AUA and officially announced that they will be joining the 100 Pillars of AUA Program. In attendance were President of AUA, Armen Der Kiureghian, AUA Assistant Director of Development, Marianna Achemian, AGBU Asbeds Chair, Harry Sinanian, and all AGBU Asbeds committee members, as well as close supporters and friends of the AUA and Asbeds.

“AGBU as an organization has been instrumental for the success of AUA from the early days, dating back to Louise Simone. The AGBU Asbeds would like to continue that tradition and we want to become one of the exclusive supporters of the 100 Pillars” announced AGBU Asbeds Chair, Harry Sinanian.

The 100 Pillars of the AUA was launched in 2015 as a unified effort to further the university’s mission of providing quality education to Armenia’s students. With the AGBU Asbeds joining the program, the AUA has now reached a milestone of 75 Pillars that have dedicated themselves to the program. The AUA is the only U.S. accredited university in all of the Caucasus, paving the path for education in Armenia. The AUA Pillars play a very significant role by investing in the future and realizing dreams. By investing in education, the AUA Pillars are ultimately investing in the future of Armenia. 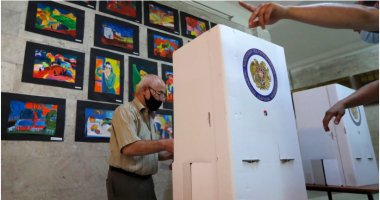 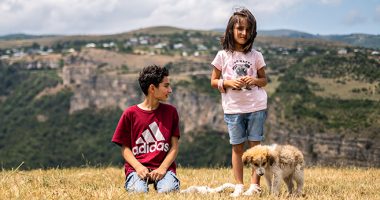 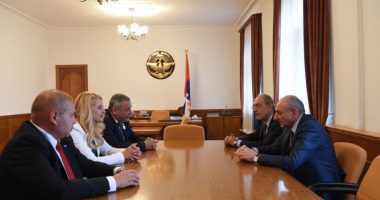