On Thursday, October 20 two lectures were presented on the occasion of the 500th Anniversary of the Protestant Reformation. The event, which took place at the Armenian Presbyterian Church in Paramus, NJ, was attended by over 50 pastors, AMAA members, Board members, and staff from The United States and abroad.

Rev. Dr. Carnegie Calian, past President of the Pittsburgh Theological Seminary, lectured on “The Impact of the Reformation on Christianity and the World.” He examined the impact of Martin Luther’s movement and presented the socio-political, psychological and theological factors that played out in the early years of the Reformation. Luther’s main theme was “repent,” which meant to change and move out of one’s comfort zone.

The Executive Board of the Armenian Evangelical World Council (AEWC) held its meeting on Thursday evening and Friday morning and on Friday evening, the AMAA held its regular Board of Directors meeting. Both meetings were held at the AMAA Headquarters in Paramus.

The highlight of the weekend was the sold-out Centennial Celebratory Banquet on Saturday evening at the Teaneck Marriot at Glenpointe, where close 400 guests came together to celebrate the Centennial of the AMAA and honor two distinguished couples: Edward and Pamela Avedisian and Doreen and Charles (posthumously) Bilezikian.

The weekend culminated with a Worship Service held in the sanctuary of the Armenian Presbyterian Church of Paramus, NJ. A special moment of remembrance to honor the memory of those members and friends of the Association, who made the transition from this life to Life Eternal during the past year, was led by AMAA Board member Rev. Ara Guekguezian. The Armenian message, with the theme of “The Harvest is Plenty, But the Workers are Few,” was offered by Rev. Joseph Garabedian, Pastor of the First Armenian Church of Belmont, MA. Rev. Dr. Avedis Boynerian, Pastor of the Armenian Memorial Church of Watertown, MA, offered the English sermon with the theme “Faithful to Our Legacy.”

Rev. Dr. Vahan Tootikian, Executive Director of the AEWC, brought the service to its culmination with the installation of the newly-elected AMAA Board members. 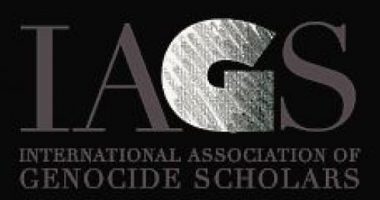