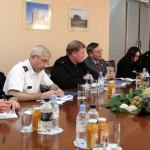 YEREVAN — The United States and Armenia have finalized plans to hold in April first-ever joint military exercises that will be primarily aimed at improving the interoperability of their forces deployed in Afghanistan, the Defense Ministry in Yerevan announced on Wednesday.
The announcement followed talks held between Defense Minister Seyran Ohanian and Rear Admiral Mark Montgomery, the visiting deputy director for strategic planning at the U.S. military’s European Command headquartered in Stuttgart, Germany. Montgomery was accompanied by U.S. Ambassador John Heffern.
In a statement, the Armenian Defense Ministry said the two sides discussed “issues related to organizing joint Armenian-American exercises.” The ministry spokesman, Davit Karapetian, told RFE/RL’s Armenian service (Azatutyun.am) separately that they reached a “tentative agreement” to hold the exercises in Romania in April.
Karapetian said the exercises will last for one week and involve several dozen soldiers from the Armenian army’s special Peacekeeping Brigade that provides military personnel for the U.S.-led multinational mission in Afghanistan. He said they will engage in an “exchange of experience” with U.S. troops that will be “useful” for further U.S.-Armenian military interaction.
Plans for the landmark drills were first made public following First Deputy Defense Minister Davit Tonoyan’s July 2011 visit to Washington. Tonoyan held what official Yerevan described as “defense consultations” with U.S. Assistant Secretary of Defense Alexander Vershbow and other senior Pentagon officials.
The Washington talks came shortly after Armenia almost tripled its participation in NATO’s International Security Assistance Force (ISAF) for Afghanistan, a move praised by U.S. officials. It currently has about 130 troops on the ground.
According to the Defense Ministry statement, Montgomery also held a separate meeting in Yerevan with a top Armenian army general to discuss “Armenian peacekeepers’ participation in international missions.” The U.S. admiral also visited the Yerevan headquarters of the Peacekeeping Brigade.
U.S. and Armenian soldiers have until now trained together only in multinational exercises organized by NATO. Armenia has hosted two such exercises in recent years.
Those drills as well as the Armenian participation in U.S.-led military operations abroad have underscored Armenia’s deepening security ties with the West. The Armenian leadership has at the same time bolstered the military alliance with Russia that remains a key element of the country’s national security strategy. Celeste Wallander, a U.S. deputy assistant secretary of defense, insisted last year that that the Russian-Armenian ties are not an obstacle to Washington’s growing defense cooperation with Yerevan. 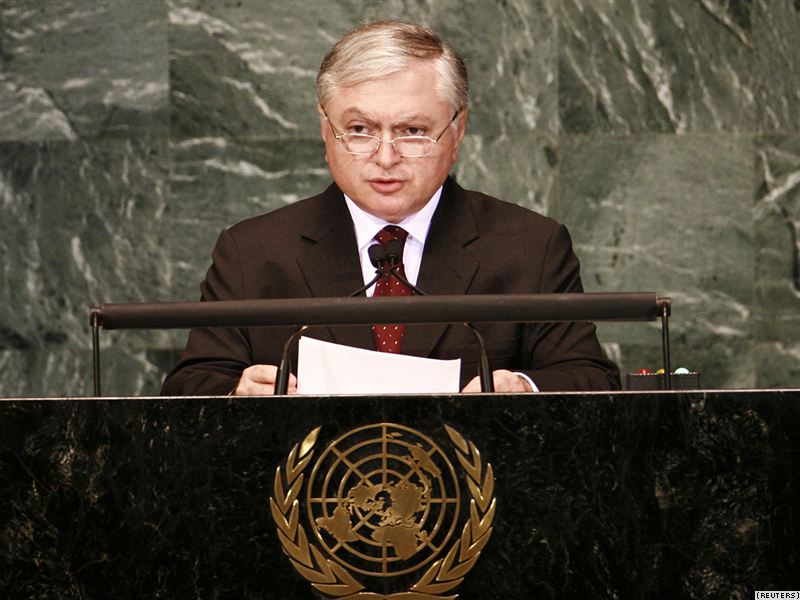 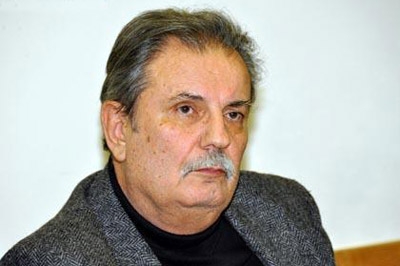