GLENDALE — Middle East Scholar, Dr. Yvette Hovsepian Bearce will present a special lecture titled, A New Perspective on the 2015 Syrian Refugee Crisis: Germany’s Response and the 7 Differing Opinions About Refugees, including the Response of Armenia and the Armenian Community in Munich on Tuesday, March 14, 2017 at 7:30pm at Abril Bookstore – 415 E. Broadway, Glendale, CA. Opening remarks will be given by Fr. Vazken Movsesian. Admission is free.

As Chancellor Angela Merkel opened the German borders to welcome the influx of refugees into Germany, different reactions were expressed throughout the country by German citizens and foreign nationals. This lecture discusses the seven differing opinions that existed in Germany in the Fall of 2015 and how these views shifted in 2016, following terrorist attacks in Europe and rise of crimes committed by refugees. Hovsepian Bearce will share tender stories of how ordinary Germans responded to their government’s call to help humanity in crisis, and how they struggled to find ways to help refugees settle in Germany and become members of their society. She will also share stories of the Armenian community in Munich—as one of the five European cities on the migration frontline—their perspective and response to this humanitarian crisis. While many regional and European countries were at the forefront of welcoming refugees, Hovsepian Bearce will elucidate Armenia’s gracious response to the Syrian refugee crisis.

As a former political and religious refugee in Germany herself, Hovsepian Bearce will share her story of her family’s flight from Iran post 1979 Islamic Revolution and 1980-88 Iran-Iraq War. She will talk about her life as a young woman in Germany’s refugee camps. Now, 31 years later, as an American citizen she returns to Germany to give back to the country that once gave her refuge during a major political crisis in her life.

Dr. Yvette Hovsepian Bearce is a Middle East scholar specializing in contemporary Iranian politics. She is also a political and cultural advisor to various academic and religious delegations traveling to Iran. She frequently serves as a guest lecturer on current developments in Iran and the Middle East. Her book, The Political Ideology of Ayatollah Khamenei: Out of the Mouth of the Supreme Leader of Iran was published by Routledge in 2015 as a volume in the UCLA Center for Middle East Development series. It has received very positive reviews by both scholars and policymakers. Her scholarly research and teaching focus on contemporary Middle Eastern and Iranian history and politics, American politics and the Middle East, US Diplomacy and Iranian political psychology, Islamic history, and Shi’i political thought. Her book in progress is on the subject of Iranian youth. Hovsepian Bearce was born in Iran where she earned her high school diplomas in Armenian Studies from the Armenian Ministry of Education and Business Accounting from the Ministry of Education of the Islamic Republic of Iran. She earned an A.A. from Glendale Community College; a B.A. in Business from California State University, Northridge; an M.A. in Theology from Fuller Theological Seminary in Pasadena, California; and a Ph.D. in Islamic Studies from the University of California, Los Angeles. She speaks Armenian, Persian Farsi, Dari, Tajiki, German and Arabic and conducts research in Hebrew, Spanish and French.

Presented by Abril Bookstore and In His Shoes. 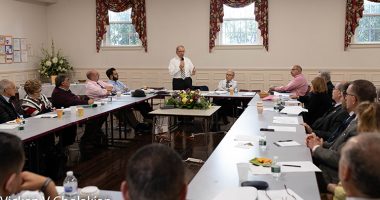 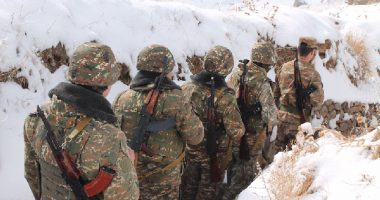