YEREVAN — Over two dozen Yerevan police officials, including a police chief, have been reprimanded for failing to properly perform their duties during clashes between Armenian police and demonstrators late last month.

The chief of the Armenian police, Vladimir Gasparian suspended five police officers for using excessive force during opposition demonstration crackdown, he also took disciplinary action against 14 other officers, saying that they failed to prevent violent attacks on protesters and journalists during one of those rallies.

The reprimanded officers include Ashot Karapetian, the chief of Yerevan’s police department, as well as the commander and two deputy commanders of a police regiment that was seized by the anti-government gunmen on July 17. The regiment is tasked with crowd control and street patrols.

Late on July 29, more than a thousand protesters unexpectedly marched to Yerevan’s Sari Tagh neighborhood close to the besieged police compound in the city’s Erebuni district.

Firing stun grenades and tear gas, riot police dispersed the crowd after organizers of the protest ignored their demands to leave the “dangerous” area and go back to the city center. At least 60 people were injured and hospitalized as a result.

A police statement released on Friday said that Armenia’s Special Investigative Service (SIS), a law-enforcement body subordinate to prosecutors, will now decide whether the five suspended officers should face prosecution.

One of them, Colonel Lernik Yeranosian, is the brother of General Levon Yeranosian, the controversial commander of Armenian interior troops who played a key role in the Sari Tagh crackdown. The four others have lower ranks.

As the crowd fled Sari Tagh, many protesters and at least 14 journalists were ambushed and beaten up by a large group of men wielding sticks. Human rights groups and some media have suggested that the attackers were plainclothes officers or government loyalists.

The police said last week that Gasparian has ordered his high-ranking subordinates to identify “civilians who provoked clashes and assaulted participants of the gathering, journalists and police officers.”

An Armenian journalist, Tehmine Yenokian, alleged on Friday that two of those attackers are Gasparian’s bodyguards. She said one of them has a Facebook account registered in the name of a certain Gago Zohrabian.

Seeking to prove her allegations, Yenokian posted on social media video of the Sari Tagh violence and photographs of Gasparian surrounded by his security detail.

Yenokian claimed to have received threats from another Facebook user afterwards. “I consider those comments a serious threat,” she told RFE/RL’s Armenian service (Azatutyun.am).

A police statement released later in the day confirmed that Zohrabian works for the police and was at Sari Tagh during the violent dispersal of the demonstration there. But it claimed that Zohrabian was on the contrary sent by Gasparian to the neighborhood to “verify reports” about the attacks on the journalists.

“G. Zohrabian was also subjected to violence on that day,” added the statement. 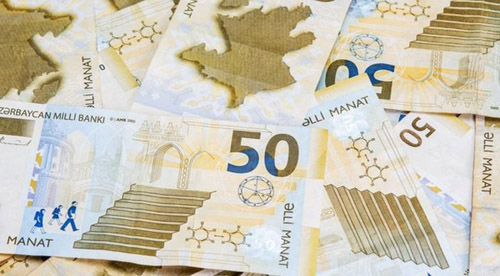