FM Nalbandian: Azerbaijani Leadership Has Lost its Sense of Reality

STEPANAKERT (Armradio) — The leadership of Azerbaijan names the Co-Chair states provocateurs only because they propose to create a mechanism for investigation of incidents,” Armenian Foreign Minister Edward Nalbandian said at a meeting with the faculty and students of the Artsakh State University.

“In fact, that criticism is directed not only against the Co-Chairs, but at least against the past and present participating states that presided over the OSCE, the United Nations, European Union, and in general all the states and institutions that have supported and support that proposal,” he said.

“The Azerbaijani leadership does not refrain from accepting, that it is behind the cease fire violations and escalation of the situation. It is even boasting of that fact. Leaving aside whether Baku genuinely thinks there is something worth boasting of, or it is just a propaganda trick for the internal consumption, it should be once again stated that the Azerbaijani leadership has lost its sense of reality,” Minister Nalbandian said.

“This refers not only to the Nagorno Karabakh issue. They state, that Azerbaijan is no less than the most economically stable, the most democratic, the most tolerant state and the most secure place in the world in terms of the protection of human rights, that they may set an example for other states, while different international organizations, international HR institutions state the opposite. A kingdom of crooked mirrors is created in that country, the leaders of which, looking in those mirrors, admire themselves and call upon others to live in such a kingdom of crooked mirrors,” Edward Nalbandian stated. 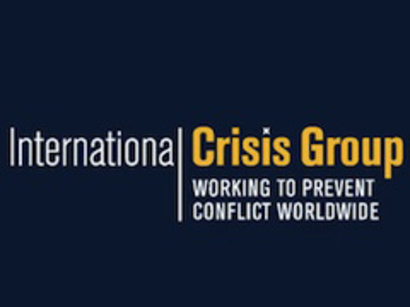