Turkish Intellectuals Who Have Recognized The Armenian Genocide: Ayse Oktem

Ayse Oktem, the General manager of DVV International in Turkey*, is a Turkish intellectual born in Istanbul to an İstanbulian family with a very mixed ethnic background. Her maternal grandfather was a Sabbatean Jew from Salonika. Her maternal grandmother was of Bogumilian origin – a Christian sect, from mother’s side and the grandfather’s father was a member of Ottoman military. Maybe this was her first impulse concerning the Armenian genocide as she says. Her grand-grandfather, Ethem Pasha, was a miralay, a colonel, in the Ottoman Army. He knew Enver and Talat Pashas and was against them and Young Turks’ policies. He joined the battle of Sarıkamış in 1914, and was killed just at the beginning of the battle and after his death, he was promoted to Pasha, a higher rank in ottoman empire. His wife believed that he was killed because he was against the young Turks policies.

Ayse Oktem had born in very bourgeois and wealthy family, but her parents, were leftists, and left Turkey for political reasons. She spent most of her life in Germany, where she learned to be a migrant, to be a member of an inferior group “the Turks”. On the other hand, as the granddaughter of a Jew, she was part of the Holocaust suffered nation in the land of the murderers. She studied first German Language and Linguistics, than Sociology and earned her Master of Philosophy degree in Sociology. She is currently the Turkey – coordinator of the project “Acting Together”**, financed by German Foreign Office, and implemented by the Germany based Adult Education Organization DVV International, married to a German and lives with her husband in Istanbul.

On April 19, 2014, (EGAM, AGBU Europe and DurDe)***, announced in a press release that for the second year in a row and 99 years after the genocide of 1915, a European delegation composed of twenty anti-racist and Armenian leaders from 15 countries will be present in Turkey for the commemoration of the genocide against the Armenians, held in that city for the fifth consecutive year. It was a response to the call of EGAM partners in Turkey DürDe! (Say Stop to Racism!) and the Human Rights Association – IHD. EGAM invited AGBU Europe to support the Turkish civil society working for the recognition of the Armenian genocide. The initiative was supported by numerous personalities (including Charles Aznavour, Serge Klarsfeld, Bernard Kouchner, Dario Fo, Bernard-Henri Lévy, Adam Michnik, Tahar Ben Jelloun, Ahmet Insel, Olivero Toscani, Jovan Divjak, and others) and representatives of European civil society, who have signed an appeal published in several prominent European newspapers and was signed by Paul Morin, Executive Director of EGAM (Europe), Cengiz Algan & Levent Sensever, Spokespeople for Durde! (Turkey), Alexis Govciyan, President & Nicolas Tavitian, Director of AGBU (Europe), Ayse Öktem, Platform for “Confronting a Century of Denial” (Turkey),Charles Aznavour, Bernard Henri Lévy, Abdullah Demirbas, Ara Toranian, Serge Klarsfeld, Öztürk Türkdoðan, Head of the Human Rights Association (IHD) (Turkey), Bernard Kouchner, former French Minister of Foreign and many others. (1)

According to Armenia News- NEWS.am, Sept. 22, 2015, Ayse Oktem, the Turkish representative of DVV International, who participated in a media conference dedicated to the first stage of program of Armenia-Turkey reconciliation entitled “Acting Together”, said “If civil society in Turkey is strong enough and recognizes the Armenian Genocide, any government will be forced to retract.” She added, Turkish and Kurdish participants are involved in the project and expressed hope that Germany would recognize the Armenian Genocide, too. “I hope that recognition of the Armenian Genocide by Turkey will not be a result of external pressure, but will come from within, from the people of Turkey,” Oktem added. (2)

About 25 years ago Ayse Oktem began a research about muslimized Armenians, where nobody believed, that there might be muslimized Armenians, expect her mother and her aunt, who – as daughters of Sabbatean Jewish father knew very well, that one could leave with a false identity. After a while she ended her researches and began to work at NGOs in Germany in the field of Migration, Discrimination, Anti-Racism, Empowerment of Migrants. For more than twenty years she worked at several NGOs in Hamburg/Germany, and became a manager of social work and adult education, in the field of Migration, Education and Empowerment for Migrants, Anti-Discrimination. She managed projects for the education of young migrants, two of the projects with a bilingual, culture sensitive approach especially for young refugees have won important awards. She returned to Turkey about 4 years ago and continued to work in NGOs in the field of Adult Education, also she is an activist for democratization, peace and genocide recognition.

She was among the organizers of the commemorations of the genocide in 2014 and 2015.

*DVV International: Is the Institute for International Cooperation of the Deutscher Volkshochschul-Verband e.V. (DVV), the German Adult Education Association.

**Acting Together: Is a joint initiative of DVV International and its partners, the History Foundation (Turkey) and the Armenian Centre for Ethnological Studies “Hazarashen” (Armenia)
and funded by the German Federal Foreign Office. A century after the Genocide, they aim at building bridges between the people of Turkey and Armenia through adult education, journalism, oral history and art. 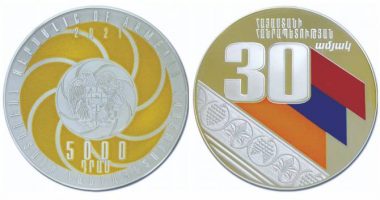