PORT SAID, EGYPT — Last week a memorial dedicated to the Armenian refugees, who fled the Genocide to settle in Port Fouad camps after the heroic battle of Musa Dagh, was opened in Port Said, according to Ahram.org. 250 Armenian community leaders and members took part in the opening ceremony.

The memorial was built on a mass grave that had been found in the city’s Orthodox cemetery where refugees who lived in the camps from 1915 to 1919 were also buried. Primate of the Armenian Apostolic Church in Egypt Bishop Ashod Mnatsaganian led the services dedicated to those who had died.

In his spiritual address, Mnatsaganian highlighted the importance of opening such a memorial, a proof that the Ottoman Turks failed to annihilate the Armenian nation.

Pointing out the example of the Musa Dagh Battle, Mnatsaganian explained how the people at the time had a purpose in life, an eternal struggle for survival.

“For survival, we must fight; this is our aim. We should educate the new generation so that we can survive through them. We owe it to those who fell in the battle and to those who fled to Egypt seeking life. It is due to them that we are here today, to remember and commemorate, to prove that we will continue our mission in life, on this land”.

The memorial was designed by Egyptian-Armenian architect and archaeologist Nairy Hampikian. “It is a mixture of the Sartarabad Battle and the Genocide memorials found in Armenia,” stated Hampikian. The work began in autumn 2014 and was completed in February this year. The memorial, sitting on a mass grave of the remains of around 400 refugees, is made of Italian black and white karara marble.

“I consider the memorial a revival of the remains of those refugees who settled in Port Fouad camps,” Hampikian told the Weekly.

After the prayers, members of the community and descendants of the Port Said Camp refugees laid flowers on the memorial. 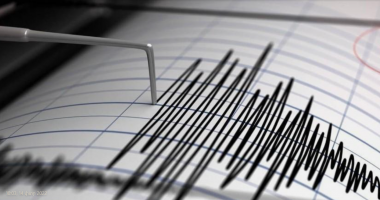 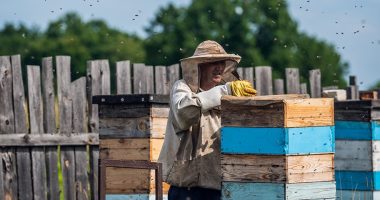