Religious extremism has been in the forefront of the news lately because of the unfolding events in the Middle East and the failure of peace initiatives in the region. Armenians in the Middle East have not been immune from the devastation that has engulfed major cities, towns, and other smaller isolated communities.

Here in the United States, religious extremism is vocal, institutional and mostly peaceful. In contrast, the political ramifications of religious extremism and its influence on American foreign policy have indisputably played a role in the chaotic situation of today’s Middle East.

The path to religious extremism in the United States was laid by the publication of The Fundamentals, a twelve volume series of books written between 1910-1915, delineating the “fundamentals” of the Christian faith. This was an attempt to counter religious “liberalism” that was being promoted and accepted in the United States and Europe. The adherents of the “fundamentals” of the Christian faith, the Fundamentalists, and the movement that followed came to be known as Fundamentalism.

Presently, Fundamentalism’s two distinctive features that set it apart from other conservative religious movements in the United States are separatism and dispensationalism. Separatism is defined as “unwilling to dialogue with those who are of a different belief.” End-time dispensationalism teaches that the second coming of Jesus Christ will be a physical event, by which a world-wide kingdom will be established on Earth, geographically centered in Jerusalem after the Battle of Armageddon and the “rapture” of believers. Armenians attending Fundamentalist theological schools have accepted both these concepts and are intent to advance them.

Separatism and dispensationalism are American religious phenomena, foreign to Armenians. Although Armenians around the world have established their own churches, schools and institutions to preserve their language and culture, they have never been separatists in a Fundamentalist sense, refusing to engage those who are of different religions or cultural backgrounds. Also, the ideology of dispensationalism has not been accepted by the Armenian Apostolic Church and the Armenian Catholic Church, nor has it been a dominant issue among Armenian Evangelicals.

Fundamentalist end-time dispensationalism promotes the use of warfare for the physical annihilation of a particular group of people and justifies it using Biblical arguments. Needless to say, Fundamentalists have the prerogative to decide whom the “unbelievers” or “forces of evil” are.

Finally, how do Armenian Fundamentalists view the current events in the Middle East? Do they realize that religious extremism in the form of dispensationalism and the politics of Middle East are inseparable, eventually leading to death? Do Armenian Fundamentalists consider the violence, suffering, and hopelessness of those in the region, including Armenians, an inevitability because of Biblical prophecy?

As Armenians and Christians, ours has always been an affirmation of life and not death. 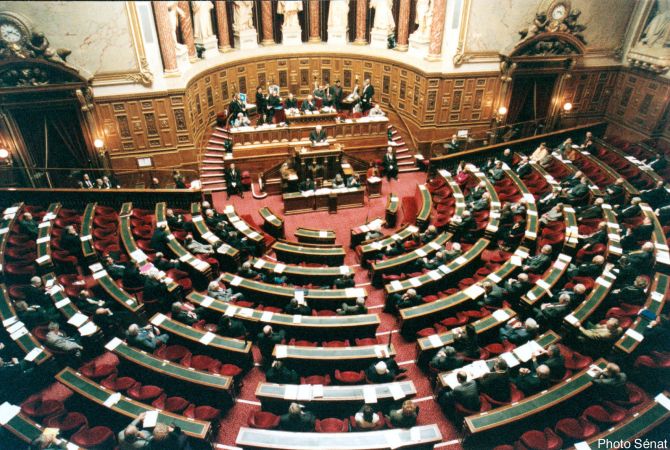