Glendale, CA – On Sunday November 30, over 100 participants– walkers, bicyclists, motorcycle riders, and supporting volunteers– in the 100km Tribute converged at the foot of the hill leading up to Montebello’s Armenian Genocide Martyrs memorial Monument and together marched up to it in the pouring rain.

The emotional ceremony was preceded by a “shoorch bar” to live zoorna music while everyone was getting drenched.

“We wanted this gathering to be an affirmation. As the closeted mourning prior to 1965 gave way to increased political awareness and activism, then so to will 2015 be the threshold of a new era of Armenian justice. Through our culture, convictions, and engagement, we will restore what is rightfully ours,” explained Garen Yegparian, one of the organizers.

Over the course of a four-day walk, hikers braved nasty blisters. One of the bicyclists was briefly hospitalized on their tour of Los Angeles-area Armenian schools, churches, and even the grave of Genocide avenger Missak Torlakian. The motorcyclists, one of whom had ridden to Los Angeles all the way from the East Coast, had to brave the cold rain without the benefit of exercise to warm them.

Particularly poignant was the second night of the walk spent in the Angeles National Forest’s Valley Forge campground. There is a stark coincidence of Armenian Genocide misery and the suffering endured by George Washington’s troops during the harsh winter they endured at the same-named location north of Philadelphia. Seated around the campfire, participants shared their families’ tales of survival and sometimes post-World War I reunifications, even with Turkified relatives. Few were the eyes that were dry that night.

Another interesting coincidence in a year fraught with such meaning for Armenians is that the mayorships of the cities the 100km Tribute started and ended in are held by Armenians: Glendale’s Zareh Sinanyan and Montebello’s Jack Hadjinian. They spoke at the opening and closing ceremonies of the 100km journey. Also speaking at these programs were Robert Assarian (closing MC and AHA), Armen Hagobian (ACA), George Chuldzhyan (Hye Riders), Kevork Nazarian (historian), Jora Manoucharian (RAA) , Anthony Portantino (opening MC), Vivian Romero (Montebello City Council), Valod Shaverdian (AHS), Garen Yegparian (AHA).

Much of the project was enabled through the tireless efforts of the “trails angels” who supported the walkers by setting up camp each night and attending to countless organizational needs.

All this was recorded by Peter Musurlian who will be preparing a documentary about the whole 100km Tribute effort with the hope of exposing broader audiences to the Armenian saga throug feet, pedals, and motors.

The other piece of unfinished business is the collection of outstanding pledges, totaling some $30,000, which will fund the publication about the architecture of Hayotz Tsor, one of the regions of Van province. This is the first volume of 36 dedicated to presenting Armenian history, region-by-region, of the whole country which Research on Armenian Architecture has been preparing for over four decades. Contributions are still being accepted at https://itsmyseat.com/donate.html?did=473199. 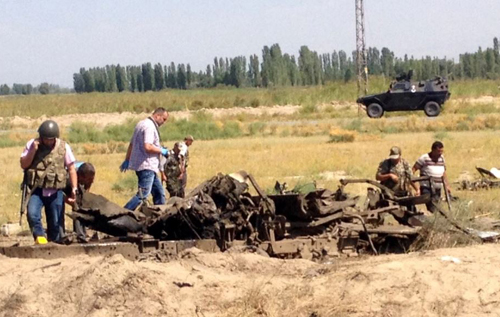 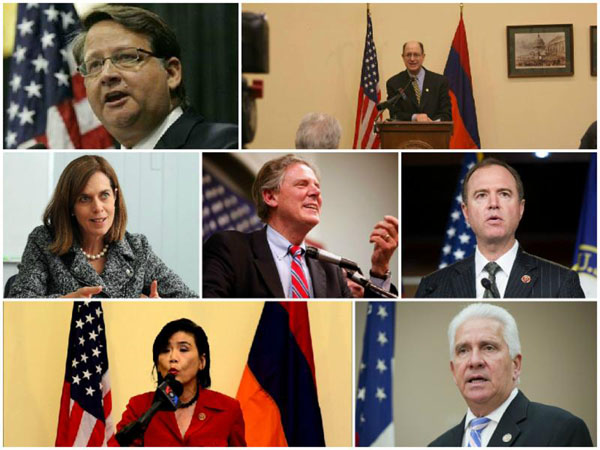