Organized jointly by the 30th Anniversary Committee and the Friends of UCLA Armenian Language and Culture Studies, the banquet will take place on the evening of June 1 at the London West Hollywood. Following a cocktail hour at the hotel’s Marble Terrace, the banquet will be held at the Kensington Ballroom, featuring the culinary creations of globally renowned chef Gordon Ramsay. There will also be a number of special surprises in celebration of Prof. Cowe’s Scottish background, the organizers said.

“UCLA probably has the largest Armenian Studies program outside the Armenian Republic,” said Cowe, who heads the Narekatsi Chair. “This year our primary goal is to raise funds to support our program in Western Armenian and expand instruction in that medium by establishing advanced-level courses.”

“Apart from its impressive history and the constellation of writers that have elevated its capacity to express the whole spectrum of human thought and emotions, Western Armenian remains an indelible part of Armenian culture and has the potential to serve as a nuanced modern medium of communication,” Cowe continued. “At the same time, it is clear from a number of metrics that Western Armenian is severely challenged, and hence has been placed on the UNESCO list of endangered languages. It is therefore all the more important for the local Armenian community and the various Armenian schools to collaborate with academic programs like that at UCLA to achieve a better assessment of the issues involved and develop strategies to tackle them.”

In this connection, Cowe explained, it is vital to sustain the UCLA program in Western Armenian, under the direction of Dr. Hagop Gulludjian, and expand it to include a set of third-year-level courses, beyond the first- and second-year levels currently available.

A full-fledged Western-Armenian program will benefit not only the regular student body at UCLA but also members of the local Armenian community, enabling them to develop their command of the language, communicate fluently in both oral and written forms, and thereby participate more fully in Armenian culture and its development in Southern California.

The Armenian Studies program at UCLA has seven instructors, who offer a total of 26 courses in Armenian language, history, and culture. Apart from an undergraduate Minor in Armenian Studies and a concentration in the new Major in Middle Eastern Studies, the Narekatsi Chair offers Masters and PhD programs, and currently has seven doctoral students under Prof. Cowe’s supervision. UCLA is also home to the recently inaugurated Armenian Music Program, with a course taught by Vatsche Barsoumian and an Armenian Music Ensemble; as well as the Armenian Archaeology and Ethnography Program, established in 2013 through a $2-million gift from Mrs. Zaruhy Chitjian.

The Narekatsi Chair maintains an active program of lectures and seminars by visiting academics. In addition, together with the Armenian Graduate Students Association, the Chair organizes an international graduate-student colloquium in Armenian Studies annually.

Cowe was appointed Visiting Associate Professor of Armenian Studies at UCLA in 1996. Two years later, he established the Friends of UCLA Armenian Language and Culture Studies, as a conduit to foster community involvement through academic and cultural events and raise financial support for the expansion of Armenological offerings at UCLA. In 2000, he was named holder of the Narekatsi Chair in Armenian Studies.

“It has been a great honor for me to work with Prof. Cowe for the past 17 years,” said Anahid Keshishian, the Narekatsi Chair’s lecturer in Eastern Armenian. “He has continuously inspired me, first as a teacher, then as a colleague. I have witnessed his countless efforts to raise the stature of the Narekatsi Chair. I have also seen the enthusiasm of students who have been under his guidance. I wish him many more years of successful teaching and research.” 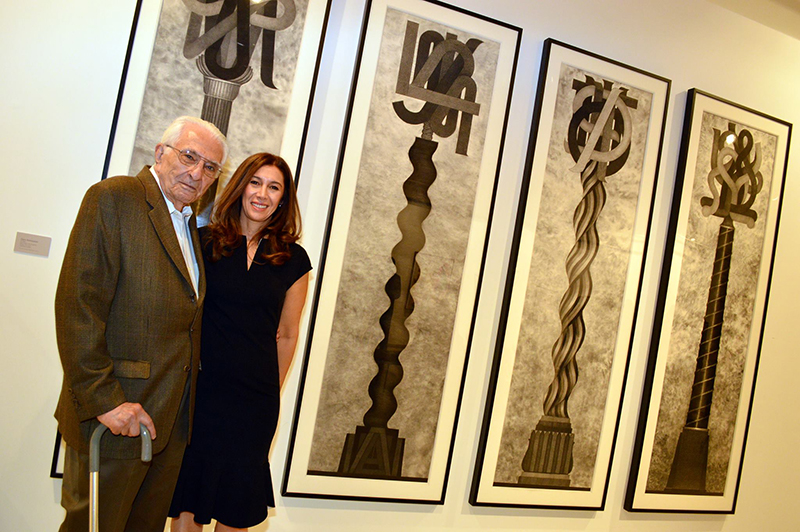