Inauguration of Armenian Patriarch of Jerusalem

JERUSALEM (ARMENPRESS) — The inauguration ceremony of newly elected Armenian Patriarch of Jerusalem His Eminence Archbishop Nourhan Manoogian was held in the Mother Cathedral of Saint James in Jerusalem. The new Patriarch, accompanied by the bishops, moved to the major sacristy of the Mother Cathedral from the Patriarchate, where he knelt and recited his oath bareheadedly.

After the recitation of the oath, Grand Sacristan, Archbishop Sevan Gharibian handed over the patriarchal crozier to the Patriarch as a symbol of assuming the patriarchal office. Archbishop Nathan Hovhannisyan recited the congratulatory address of the Supreme Patriarch and Catholicos of All Armenians Karekin II. Archbishop Varuzhan Herkelyan read the letter of His Holiness Catholicos Aram I of the Holy See of Cilicia on the occasion of the inauguration. Archbishop Aram Ateshian, the Patriarchal Vicar of the Armenian Patriarchate of Constantinople, who attended the inauguration ceremony, congratulated the newly elected Patriarch and as a gift presented him a Holy Grail.

In 1971 he was ordained a celibate priest by then Patriarch of Jerusalem Yeghish? Derderian and was given the priestly name of Nourhan. Following his ordination, he was appointed to serve as the Vice Dean of entered the Jarangavortz Theological Seminary from 1971 to 1972. In 1975 he was named as the Dean of the Seminary.

In 1980 upon the invitation of then Archbishop Torkom Manoogian, he left for New York, New York and entered the General Theological Seminary, where he furthered his theological education. He graduated in 1983. Remaining in the Eastern Diocese of the Armenian Church of North America, in 1994, he served as the spiritual pastor of the St. Gevork Church in Houston, Texas.

In 1998 he returned to Jerusalem where he served as the Grand Sacristan of the Armenian Patriarchate of Jerusalem. 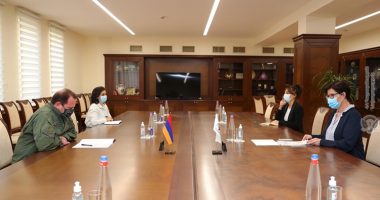