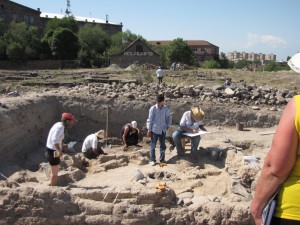 Shengavit District, Yerevan: Work is progressing on much needed repairs and maintenance at the Shengavit Historical and Archaeological Culture Preserve inYerevan. Thanks to support from the Cambridge Yerevan Sister City Association (CYSCA) and members of the U.S. Armenian community Shengavit’s director, Vladimir Tshagharyan, is implementing critically needed maintenance and repairs at the site. Mr. Tshagharyan was appointed as Shengavit’s director about 2 years ago.
In the 1930’s it was discovered that the Shengavit site, on the southern outskirts of Yerevan along the Hrazdan River, contained a stone age settlement dating to about 4.000 BC on 10-12 hectares (25 – 30 acres) of land. A number of Armenian historians, archaeologists, and intellectuals worked to examine and preserve the site. Among the first to do so,during the Soviet era, was a group headed by Hovsep Orbelli working together with the Armenian History Museum. One of the early researchers,Yevgeni Bayburtyan, was arrested by Stalin’s secret police and executed as “an enemy of the people”. The soviets subsequently covered a significant portion of the site with a large hospital thus eliminating any further examination of the archaeological record on that tract of land. Yet Armenians persevered and were able to save much of the site. Archeological investigations have been conducted on and off since the initial investigations. After independence four segments of the preserve, amounting to nearly 40% of its area, were illegallysold to individuals and privatized. Director Tshagharyan spent a year and a half petitioning the Yerevan city hall, the public prosecutor’s office, and the court system with reams of evidence, including archaeological reports and photographs of the site, proving that this area was to be preserved for historical and archaeological research. In May of this year (2012), ina nearly unprecedented action, the illegally privatized land was returned to the Shengavit preserve.
About a year ago CYSCA initiated a program, working with director Tshagharyan, to help restore the site and its small museum. CYSCA, through the generosity of donors, was able to raise funds to buy building material. Purchased materials included fencing to help protect the area, piping to install water and rest rooms, cement, lumber, and stone blocks to partially rebuild a wooden museum building dating to the 1930s. Most of the labor is being done by Shengavit director Tshagharyan when he is not in meetings, and Vanoush, an experienced construction worker. Astghig, a young woman who recently graduated with degrees in history, museum science, and education, joined the staff and is training to be a multi-lingual guide at the site.
The site belongs to the Yerevan city government, while the museum itself and the staff are affiliated with the Yerebuni Museum in Yerevan. Since independence, there has been little or no Armenian government funding for operational expenses or maintenance of the site. Vanoush, the construction expert on Shengavit’s staff, told this author that he has been associated with Shengavit for nearly 50 years and for the first time, under Tshagharyan’s directorship, he has seen progress being made at Shengavit.
The oldest archaeological layer at Shengavit is from the stone age in the 4th millennium B.C. The area has been continuously inhabited since then. Later layers present a record of social and technological development from stone implements, to copper and bronze, after which Armenia became part of the Urartun Empire.The site presents a view of social development from tribal society to the development of a large organized community. The cultural developments at Shengavit were contemporary with similar developments as far away as Mesopotamia, Malatia in Western Armenia, and southern Russia. Shengavit’s population traded with these areas and was at the geometric center of these cultural developments. The population was probably making wine and stored tons of grain. Estimates of the maximum population inhabiting the Shengavit settlement range from 2,000 to 6,000individuals. 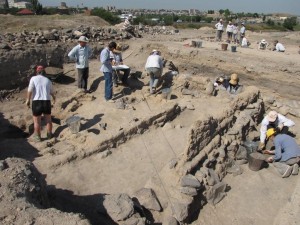 Dr. Mitchell Rothman, an archaeologist from Widener University in PA, is conducting excavations at Shengavit together with Armenian colleagues. He plans on writing a book on the history and archaeology of Shengavit. This was, he explained, an area of dynamic social development. Though there are many gaps in our understanding of this process, hopefully study of the Shengavit community will shed much light on the development of societies in the region.
A major problem, however, is the lack of funding for preservation of both artifacts and the actual excavations. Once excavated, exposed structures quickly deteriorate and need to be preserved or they will be lost to future generations of scholars and visitors. There is currently no firm plan or financing in place for preservation by either the Armenian government or other agencies. Both Dr. Rothman and Shengavit director Tshagharyan agree that it would be best to stabilize the excavations using moderntechnology, then cover the excavations with weather-proof, transparent enclosures that would allow visitors to see inside. Replicas of artifacts could be placed in the excavation to allow visitors to see the context in which these artifacts were used and recovered. As yet, however, there is neither the manpower nor the financing to assure that the excavations will be preserved for future generations. CYSCA’s project is helping, however, by funding construction that will help secure the site, rebuild the museum which contains many Shengavit artifacts, and make the Shengavit site more hospitable for visitors by providing amenities such as water, rest rooms, shade, and convenient but controlled access. Heating and air conditioning also needs to be installed in the museum building.
Much work needs to be done to preserve this important historical site dating to the 4th millennium B.C. Shengavit needs to be available for new generations of historians, archaeologists, and visitors to Yerevan. 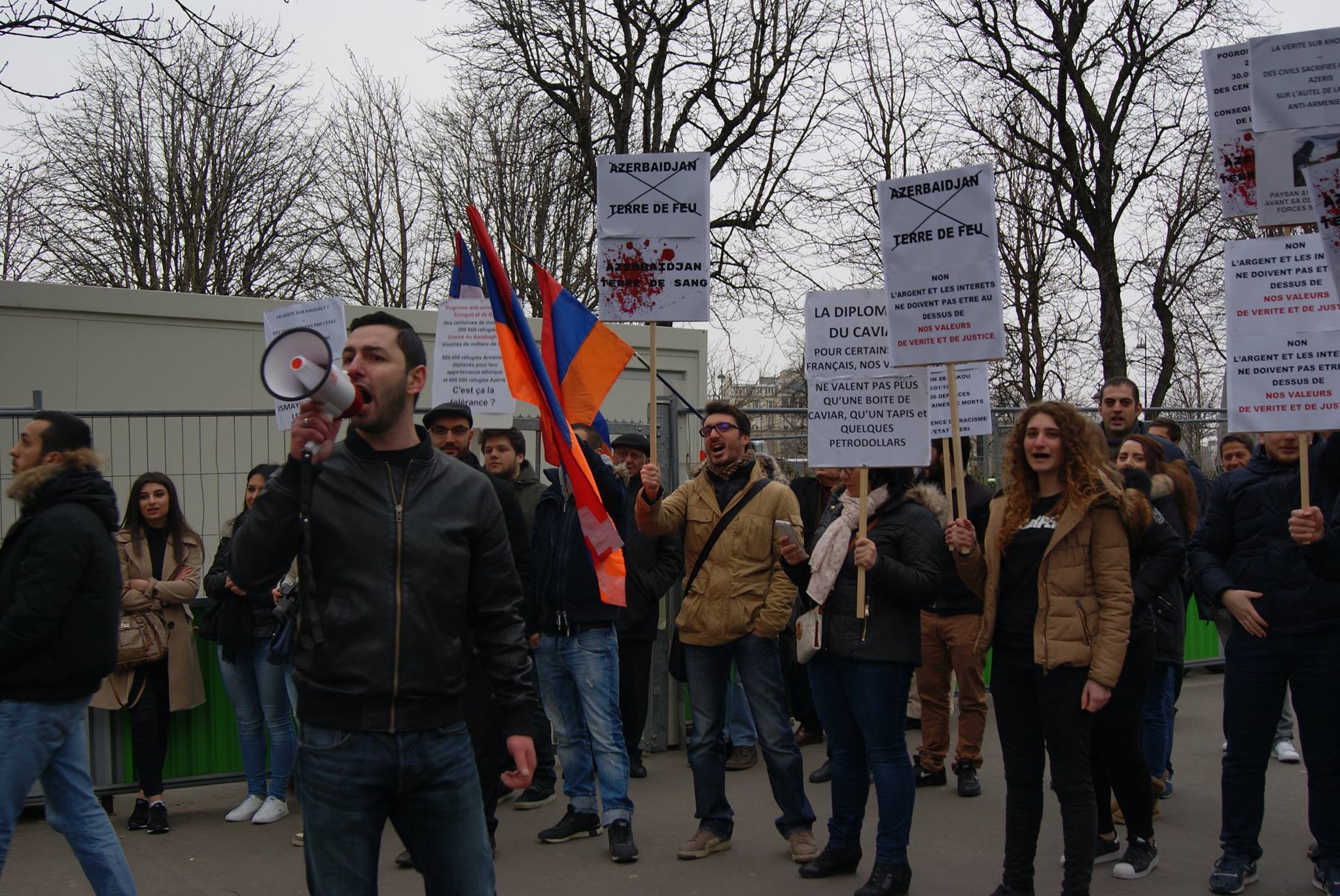 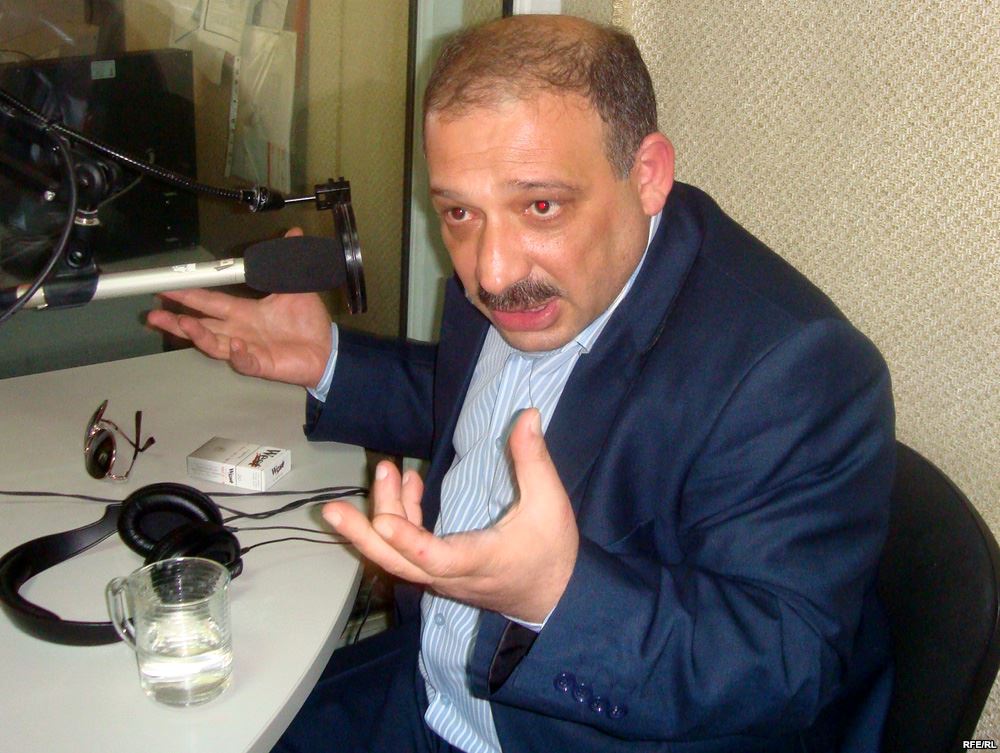