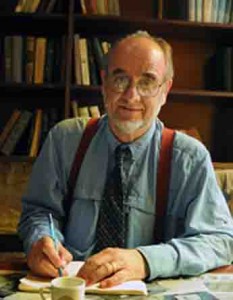 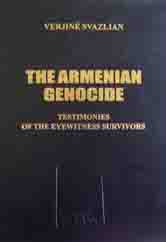 The Armenian Genocide: Testimonies of the Eyewitness Survivors
Verjine Svazlian, author of a number of previous books of survivor memoirs on the genocide, is a remarkable scholar who has produced her lifetime’s legacy book: The Armenian Genocide: Testimonies of the Eyewitness Survivors (Yerevan, Gitoutyoun, 2011; ISBN 978-5-8080-0857-1). At 848 pages, it is epic in scope, in almost every sense. Dr. Svazlian began her research interviews in the Soviet Union of the 1950s when it was politically dangerous to conduct such research. Half a century after and, at considerable expense in personal time and money, she has produced the most comprehensive published documentary account ever of Armenian Genocide survivor testimonies. Seven hundred entries, most mini-autobiographies, are included. Dr. Verjine Svazlian, senior research professor at the Armenian Genocide Museum, has published key portions of her genocide survivor research previously, but this is the integrating encyclopedic volume. Notably, it is co-sponsored by the prestigious National Academy of Sciences of the Republic of Armenia, the Museum-Institute of the Armenian Genocide and the Institute of Archeology and Ethnography in Yerevan. With the help of her daughter Dr. Karnik Svazlian, the epic volume is exceptionally well-indexed by survivor’s name, city, region and subject. It has become an essential primary source documentary work. That this vast volume was achieved by one individual, rather than a team of scholars, is extraordinary. Without a doubt, it will become a crucial reference source for future researchers and educators writing about the Genocide. A copy should be acquired by every genocide and human rights museum. An Armenian-language version is also available. A Turkish language version was planned, with a brave publisher in Istanbul. Regrettably, he was arrested by state authorities in the fall of 2011. Government coercion, with the intent of silencing and intimidating publishing on the 1915 Genocide, continues in Turkey even to this day, almost a century later. It is an aggressive authoritarian form of genocide denial and, according to Genocide Watch’s Gregory Stanton, the last stage of genocide. Dr. Svazlian’s encyclopedic volume, in English and Armenia, is an articulate and powerful response to such arbitrary state censorship. 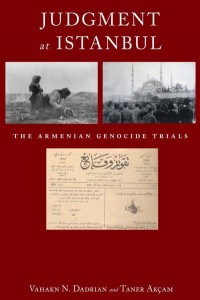 Judgment at Istanbul: The Armenian Genocide Trials
Vahakn Dadrian and Taner Akcam are two remarkable and respected scholars (one Armenian and one Turkish) who have individually published many important books on the Armenian Genocide. Their new co-authored 363 page volume Judgment at Istanbul: The Armenian Genocide Trials (New York, Berghahhn Books, 2011; ISBN 978-0-85745-286-3) focuses upon the years after World War I when a new Turkish regime sought to punish the former Young Turk government and party officials who had engaged in atrocities and extensive human rights abuses. A Turkish-language version of the book was originally published in 2008. Drawing upon many primary sources in a variety of languages, this volume pulls together the most complete record to date of the pioneering post-WW I trials. It details the charges laid in a Turkish military court against Young Turk leadership, the course of the trials and the verdicts (including death sentences in absentia for Mehmet Talaat, Ismail Enver, Ahmed Cemal, and Mehmet Nazim). This pivotal volume shows the too-often neglected story of a key stepping stone for the emergence of human rights law, as it relates ultimately to crimes against humanity, genocide and war crimes. These landmark Turkish court cases preceded by three decades the crucial and far better know Nuremberg and Tokyo Tribunals of the 1940s. It would take even longer, until the end of the 20th century and the beginning of the 21st for the creation of the International Tribunals for Yugoslavia, Rwanda, Cambodia and the International Criminal Court (ICC) in the Hague to prosecute others for such crimes against humanity. Judgment at Istanbul is part of several ongoing projects sponsored by the Zoryan Institute to document ever more fully the Armenian Genocide. 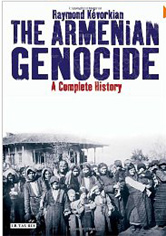 The Armenian Genocide: A Complete History
Raymond Kevorkian’s The Armenian Genocide: A Complete History (London, I.B. Tauris, 2011; 978 1 84885 561 8) is a 1,029 page opus that provides a broad canvass on the plight of the Armenians in the latter decades of the Ottoman Empire during both times of peace and war. The book commences with chapters on the massacres in the 1890s, then explores in-depth the pre-WWI era, documents extensively the key phases of the 1915 Genocide, including individual chapters on specific events in the different regions of Anatolia. Quite significantly, it also includes extensive coverage of the post-war trials and the emergence of the crucial concept of “crimes against humanity”. This is a volume that is epic in time frame and regions covered. As an academic book, it is well-footnoted, with 200 pages of references. The tables of data on Armenian population statistics, number of churches/monasteries and schools are exceptionally useful. They remind us that the Genocide was not simply the death of a million and a half individuals, but an entire ethnic community targeted and slaughtered, with neighbourhood schools, churches and monasteries destroyed. Genocide is a crime against a collective group of people such as an ethnic group or religious minority. Amongst its key targets are community schools and places of collective worship. Raymond Kervorkian, based in Paris, originally published this important work in French in 2006. Now that this encyclopedic volume is available in English, his epic work will have an even wider audience. It is destined to become a key reference work. We should all be grateful for his life-time dedication to the writing of this massive volume. 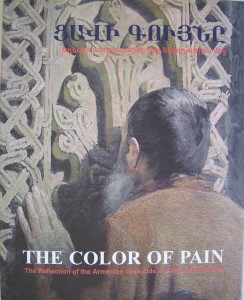 The Colour of Pain:The Reflection of the Armenian Genocide in Armenian Painting
In addition to detailed analysis by scholars, members of the Arts community have also endeavored to ‘describe the indescribable’. Shahen Khachaturian’s edited collection The Colour of Pain: The Reflection of the Armenian Genocide in Armenian Painting (Yerevan, Printoinfo Publishing House, 2010; ISBN 978-9939-53-643-9) is a compendium of Armenian artists’ account of mass killings of Armenians in the Ottoman Empire. This 208 page bilingual (English and Armenian) large-format art book focuses upon colour paintings on the Hamidian Massacres of the 1890s, the 1915 Genocide, and the continued period of suffering long after the horrific deeds. This volume is a powerfully moving portrayal of the collective suffering from state-sponsored ethnic and religious persecution of the Armenian people. The insights are through the eyes of famous and notable Armenian artists. Many of the paintings included in this volume can be found in the collections of the National Gallery of Armenia and the Armenian Genocide Museum in Yerevan. The painfully evocative paintings include those by Hovhannes Ayvazovsky, Vartges Sureniants, Sarkis Khachaturian, Arshak Fetvadjian, V. Podpomogov (Ter-Astvatsatrian), Khoren Der-Harutian, Arshile Gorky (Vostanik Adoyan), Kero Antoyan, Carzou (Carnik Zulumian), Jansem (Hovhannes Semerdjian), Papaz (Hagop Papazian), Hagop Hagopian, Grigor Khandjian and others. The edited collection could have included other contemporary artists such as Canada’s Hagop Khoubesserian, but it is, without a doubt, an impressive volume. The quality of the colour prints is excellent. It is often said that a picture can convey more than words. Together these works of art offer a highly effective way to teach about the Young Turk’s genocide of Armenians. The Colour of Pain is an important new volume that lends powerful visual testimony through the artists’ perspective. A DVD or website version would be useful to widen the audience reach of this volume. I could imagine such organizations as ‘Facing History’ and the ‘Genocide Education Project’ using such materials in their high school genocide education seminars. For a younger more visually-oriented generation, this might be quite informative.

As best we can, we continue to try to document the 1915 Genocide, but it is a very, very difficult account to write. We draw enormously upon dedicated individuals who have devoted a lifetime to tell as full a story as possible after such enormous death and trauma. But it not enough that scholars and artists pen this profoundly moving story. It also requires others to resist the ‘sin of indifference’ and read these important accounts. They need to better learn and understand. They can further help by donating copies of these volumes to community and public libraries, so that the voices of the dead are more widely heard and not forgotten. These four books can help make a difference. They are worthy testaments to the Armenian victims and their kin. 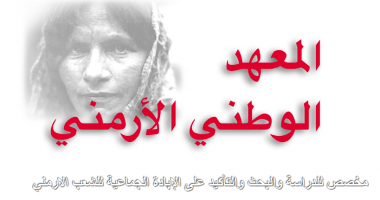 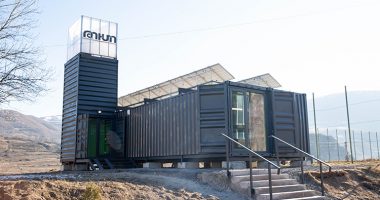