Home Arts & Culture A Time to Act: What Will Become of Varak Monastery After The Recent Earthquake in Van?

A Time to Act: What Will Become of Varak Monastery After The Recent Earthquake in Van?

Varak Monastery, near Van, was one of the great monastic centres of the Armenian church. Its main structure was built at the end of the 10th century. Much of the monastery was destroyed in 1915, a significant part was destroyed in the 1960s, while good sections have just barely survived until our days. In recent years, busloads of tourists have visited Varak as a place of historic interest. Many have been Armenian, but also Germans, Japanese, Italians and Americans.

The 2011 earthquake in Van hit Varak Monastery badly. Parts of the main church collapsed, while other parts were significantly weakened. Old cracks got bigger, new ones appeared. It is too early to state if the monastery can be made safe for visitors again. In the opinion of this writer, who hopes to be wrong, what remains of the monastery of Varak may well be doomed. However, according to one report, a team of Turkish engineers recently inspected the monastery and claimed they can save it. They hope to start restoration work as early as this spring. Such promises have been made in the past and one needs to be a little sceptical. The current state of the church makes such work much harder than at any time in the past. If the monastery is saved, then all credit will be due to the Turkish authorities.

The local Kurdish village at Varak is also in a terrible state. Its 600 inhabitants (65 families) are mostly farmers, though many of them are simply unemployed. The earthquake hit the villagers hard and they now live in tents and containers supplied by the Turkish government. Most of their houses are unsafe for habitation. There is talk of relocating the village, but in this writer’s opinion, such a move will be unfortunate. These villagers have guarded much of Varak over the years. During the last five years, Mehmet Coban was even appointed as an official guard at the main church, with a small government stipend, but little else. Fortunately, he excelled in his work, putting a makeshift wall around the monastery, covering the openings in the roof with plastic, and making sure that all visitors were supervised. In short, he took care of the place. He has proven to be a kind and considerate man, but his future is also now uncertain.

What will become of Varak? The local population supports the preservation, and hopefully the restoration, of the monastery. The local government in Van, both at city and provincial levels, also wants to preserve Van’s culture and heritage. There is even talk of inviting Armenians to participate in the future development of this region with educational events, civil society projects and economic ventures. Varak’s future, as well as the future of other similar sites, may be linked to such positive contacts–and a lot more can be done if diaspora Armenians were more actively involved in the development of this region.

* The author is a historian and director of the Gomidas Institute. He is a frequent visitor to Eastern Turkey, especially Van, where he organises specialised academic tours. For more information please contact [email protected] 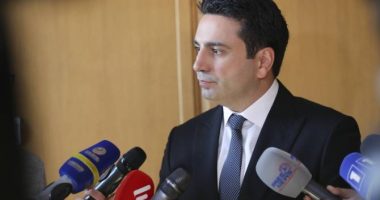 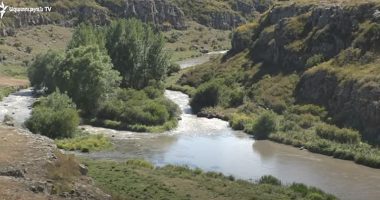