Armenia, Azerbaijan ‘Preparing For a Long Confrontation in Karabakh’ 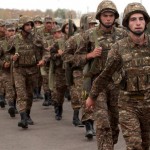 MOSCOW — The existing arms race between Armenia and Azerbaijan is suggestive of their preparation for long a confrontation in Karabakh, citing experts, writes the Russian-language Argumenti Nedeli (Arguments of the Week).
According to the paper unlike the previous years now both Yerevan and Baku attach much importance to the establishment of military industry.
”In case of resumption of military actions, the world powers will in all probability impose an embargo on arms imports. And the imported equipment and military supplies may not last long,” writes the paper.
Further, the paper says that Azerbaijan has started a serial production of AK-74M guns, though the country mainly relies on Turkey with whom it has agreed to produce also ordnances of 105mm in caliber.
Saying that while Azerbaijan and Turkey are cooperating in the field of military industry Armenia is taking steps too.
”Recently Yerevan adopted the 2011-2015 State Development Program of Military Equipment and Arms within which not only arms import is envisaged, but also the development of local Armenian military industry,” writes the papers.
It goes on to say, the last year a group of Russian delegates visited Armenia and held talks over further military cooperation between the two countries. Thanks to those talks, the paper continues, nine Armenian-Russian military factories will be built.
According to the newspaper, some experts said that heavy military hardware will also be produced there.
Armenia’s Defense Minister Seyran Ohanian said late on Tuesday that Armenia is adequately protected by S-300 air-defense systems but may have even more sophisticated Russian surface-to-air missiles deployed on its territory in the near future.
Ohanian referred to the Russian-made S-400 Triumf systems that were developed a decade ago and have a firing range of up to 400 kilometers.
“Every year we enhance the capacity, the amount of our weaponry and military hardware,” he told journalists. “Especially the air-defense system is modernized every year, and those S-300 systems which we have are today at the ready and capable of accomplishing tasks set for them.”
“I don’t exclude that one day S-400s will be deployed in the territory of the Republic of Armenia and accomplish tasks coordinated with us,” Ohanian said after inspecting Armenian frontline troops in the northern Tavush province bordering Azerbaijan.
The minister appeared to suggest that the new systems would be first delivered to a Russian military base stationed in Armenia. The base was beefed up with S-300s in the late 1990s. 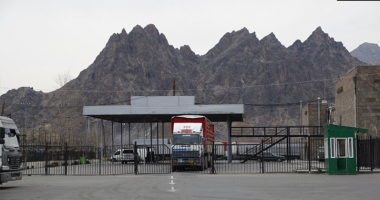 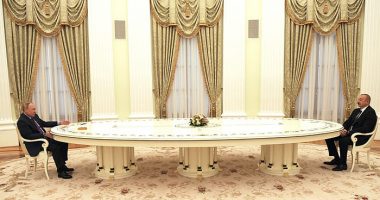 MOSCOW — Russian President Vladimir Putin at a meeting with his Azerbaijani… 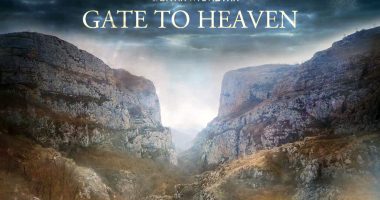 WINNETKA, CA – On March 16, the Organization of Istanbul Armenian of…