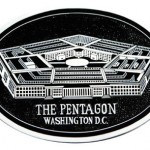 Vershbow believes that Kazan meeting did not secure “progress” in negotiations of Karabakh issue. Besides, “the intensity increases in the contact line of both sides.” Armenia and Azerbaijan “cannot conclude agreement on Basic Principles for Karabakh issue as before and we face unconstructive and dangerous deadlock situation,” ITAR-TASS reports.

“OSCE should continue its direct contact in prolonged conflict regulation processes for Georgia, Moldova and Nagorno-Karabakh.,” Gordon stated. “Those conflicts have destructive potential, which can destabilize security in the territory of OSCE. Overcoming the conflicts should be high priority for OSCE and its member states,” he added.