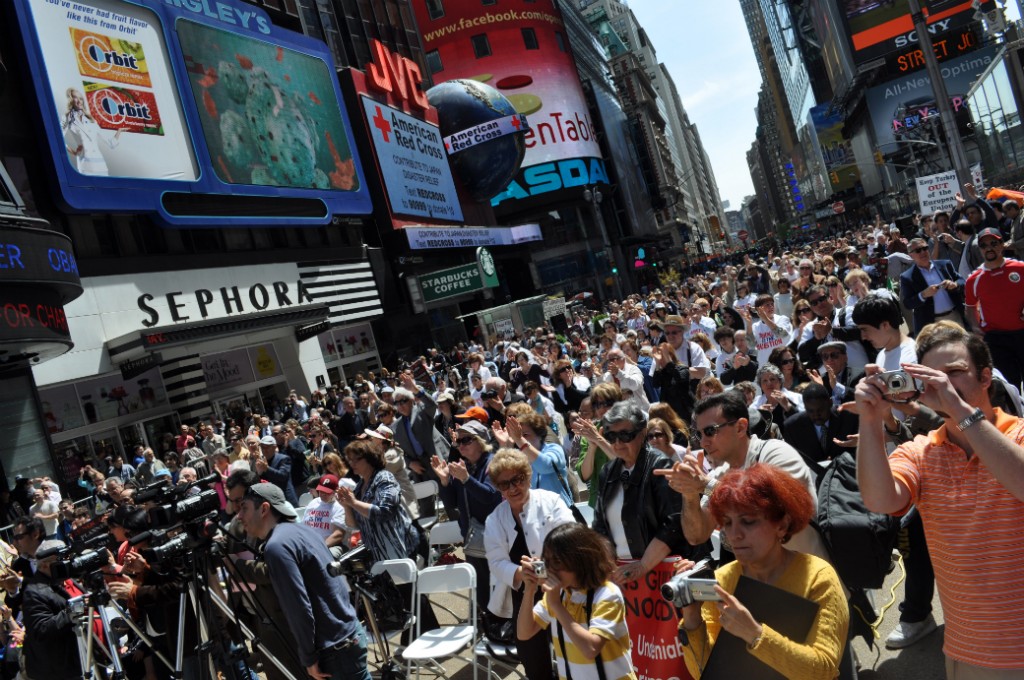 On Sunday afternoon, May 1, as thousands of people gathered at the crossroads of America to honor the martyrs of the Armenian Genocide, the message to the world was clear: While almost a century has passed, and Turkish denial is stronger than ever, the Armenian Genocide will not be forgotten and it will remain an important part of history.

Supporting this message in the middle of Times Square on a beautiful, clear day, were some of the country’s most respected politicians, who have continuously and tirelessly fought for U.S. and global recognition of the Armenian Genocide.

“We are here with a solemn duty, and that is to preserve the truth,” said Schumer, who vowed to continue to fight in the Senate for affirmation of the Armenian Genocide and until “the Armenian community is vindicated.”

Equally instrumental in fighting for Armenian Genocide recognition has been U.S. Senator Robert Menendez (D-NJ), who stressed the importance of remembering the Armenian Genocide. “It is our obligation, as citizens of our world, to remember every day,” said Menendez. “Whether it is 96 or 196 years, we must vow to never forget or ever let it happen again.”

As a member of the U.S. Senate Committee on Foreign Relations, Menendez said it is imperative that the U.S. “avoid euphemisms” of foreign policy and as part of the Armenian Genocide commemoration, “to seek acknowledgement of truth, from Turkey and soon our own government.”

“It was and should be referred to as the Armenian genocide plain and simple,” he concluded.
A long-time supporter and protector of both Armenia’s and Nagorno Karabagh’s interests, Congressman Frank Pallone (D-NJ), noted that the deniers of the Armenian Genocide have become “more aggressive” and that Armenians “need to be more aggressive and vigilant as well.” He stated the importance of the U.S. to continue to aid Armenia and Nagorno Karabagh economically and militarily. He said the fight needs to continue and that “we will succeed because we have right on our side.”

Congressman Anthony Weiner (D-NY) spoke about the importance of truth and how it is necessary for everyone to know about the “first genocide of the 20th century.” In response to people who say the Armenian Genocide is irrelevant as it occurred almost a century ago, he said, “we remember the Armenian Genocide to learn and to make sure the same mistakes aren’t repeated.”
“What we seek is the truth and we will never let [the martyrs] be forgotten,” he said.

Speaking at the Times Square commemoration since his days as a New York City councilman, John Liu, now New York City’s Comptroller, expressed disbelief that people could still deny the Armenian Genocide. “The history of the Armenian people is one that is undeniable,” said Liu.

Revered historian and scholar Dr. Richard Hovannisian, said that although everyone may know the story of the Armenian Genocide, it is “a story that needs to be repeated and told to each generation.” He astutely noted that genocide does not end with the passing of genocide survivors or the passing of genocide resolutions, because the trauma of genocide continues. For Armenians, the loss of a homeland and the loss of a 3,000 year-old civilization is the “major continuing traumatic aspect.” He stressed the importance of making the Armenian Genocide a part of human history, to ensure it does not become lost. Concluding his remarks, Dr. Hovannisian said it is important to “re-commit ourselves daily to the memory so that it will continue until there is victory.”

By letting the Armenian Genocide go unrecognized, “we will allow the perpetrators one last victory,” said Dr. Rivitz, an associate of the NJ Commission for Holocaust Education. A daughter of a Holocaust survivor, Dr. Rivitz said the world suffered a blow when millions were killed in the Armenian Genocide and the Holocaust. She noted the importance of survivors and future generations to “continue in solidarity to remember the dark parts of our parallel histories.”

In his remarks, Dr. Dennis Papazian, Professor Emeritus of History at the University of Michigan-Dearborn and Grand Commander of the Knights of Vartan, said that there has been progress regarding the acknowledgement and affirmation of the Armenian Genocide around the world. He spoke of Turkish historian Dr. Taner Akcam, who was one of the first Turkish scholars to openly acknowledge the Armenian Genocide. “In the future it will be honest Turkish scholars doing work on the Armenian Genocide,” he said. Furthermore, Dr. Papazian challenged the Turkish government to get rid of Article 301 of the Turkish criminal code and allow the Turkish people to investigate their own history. “Free the Turkish people, let them decide for themselves,” he said. 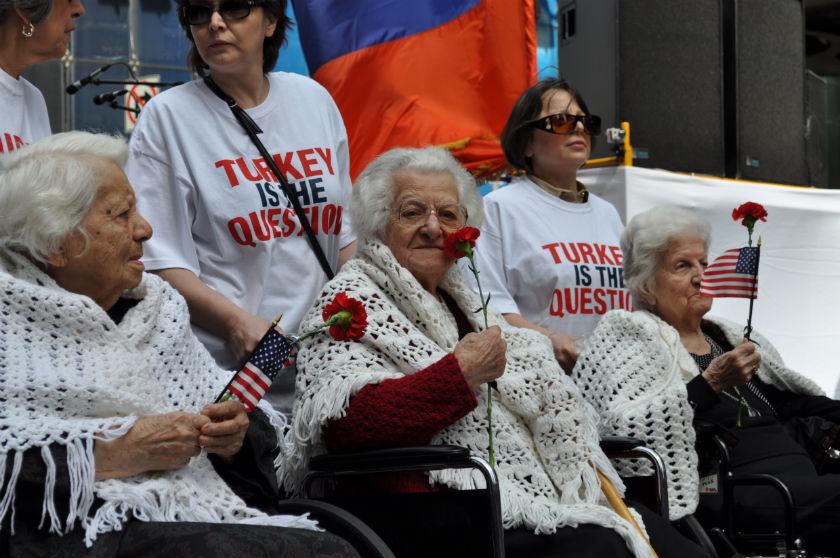 Survivors in attendance were recognized, including Perouz Kalousdian, 101, Arsaloys Dadir, 98 and Charlotte Kechejian, 99. The three survivors – who escaped the brutal atrocities of 1915 – were brought to the front of the crowd to a wave of applause and cheer, holding red carnations and small American flags, representing the country that welcomed them almost a century ago.
Proclamations from New York Mayor Michael Bloomberg and Congressman Scott Garrett (R-NJ) were read by Dr. Mary Papazian and Armen McOmber, Esq., who served as masters of ceremonies for the commemoration.

Archbishop Oshagan Choloyan, Prelate of Armenian Church of America (Eastern), gave the invocation and the Very Rev. Vazken Karayan, pastor of the Holy Cross Armenian Church in New Jersey, representing Archbishop Khajag Barsamian, Primate of the Diocese of the Armenian Church of America (Eastern), delivered the benediction. Other clergy in attendance included Archbishop Anoushavan Tanielian, Vicar General of the Eastern Prelacy and Bishop Manuel Batakian, Primate of the Armenian Catholic Church.
Remarks were made by Meline Ouzounian, Grand Matron of the Daughters of Vartan, as well as representatives of the various co-sponsors of the commemoration.

The Arekag Children’s Choir of Hamazkayin NJ, under the direction of Vagharshag Ohanyan, sang the national anthems of the United States and Armenia, as well as “God Bless America” among other impressive songs.
The Armenian Radio Hour of New Jersey, under the direction of Dr. Vartan Abdo, streamed the event live in video format worldwide for the first time. 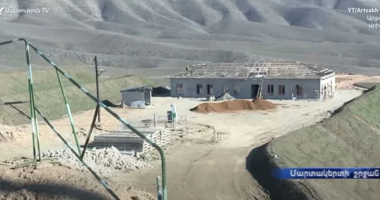