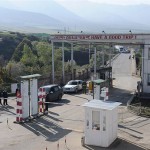 YEREVAN — Armenia and Georgian formalized on Wednesday plans to jointly operate Georgian-Armenian border crossings in an effort to facilitate and expand transport communication between the two neighboring states.
Prime Minister Tigran Sarkisian and his visiting Georgian counterpart, Nika Gilauri, said after talks in Yerevan that their governments will soon start negotiations on the signing of a corresponding bilateral agreement.
“A political agreement was reached on joint border management,” Gilauri told a joint news conference. “Our working groups have started preparing documents. I hope that as a result of that, we will sign an agreement with Armenia similar to the one which we signed with Turkey last year.”
Sarkisian’s cabinet formally approved the idea at its last session on February 10. A government statement said that the Armenian and Georgian customs services will jointly control the flow of people, vehicles and goods through Armenia’s three border crossings with Georgia. It cited the Armenian premier as calling the planned agreement “highly important.”
Armenia and eorgia have been discussing ways of further simplifying transport communication between their nations to make sure that vehicles cross the Georgian-Armenian border “almost without stops.”
However, cross-border travel has been somewhat complicated by the entry into force on January 1 of new driving regulations set by either government. Georgia began levying a new tax from heavy trucks, while Armenia introduced mandatory insurance for domestic and foreign cars. Stickers indicating insurance coverage must now be plastered on their windscreens.
The latter requirement put Armenian insurance holders in conflict with Georgian regulations, which stipulate that car windscreens must be free of any inscriptions. The conflicting requirements have already created serious problems for residents of Georgia’s Armenian-populated regions and other motorists frequently shuttling between the two countries.
The issue was high on the agenda of Sarkisian’s talks with Gilauri. “We agreed with the prime minister that we must organize these processes in a way that will minimize inconveniences for our business entities and citizens,” the Armenian premier said. “We agreed to maintain parity in mutual financial costs. To that end, we instructed our respective ministers to work together and come up with relevant proposals.”
The Georgian minister for local government, Ramaz Nikoleishvili, told RFE/RL’s Armenian service that Yerevan agreed to waive the insurance sticker requirement and introduce other methods of insurance enforcement.
Despite the two governments’ continuing efforts to strengthen bilateral economic links, the volume of Georgian-Armenian trade remains modest in both relative and absolute terms. According to official Armenian statistics, it rose by 11 percent to $91.6 million in January-November 2010. The figure was equivalent to just over 2 percent of Armenia’s overall foreign trade.
Speaking at the news conference, Gilauri also dismissed renewed media speculation that Tbilisi could privatize the Georgian section of a pipeline supplying Russian natural gas to Armenia. “The government of Georgia is not going to sell a controlling stake in the pipeline,” he said. “There are strategic facilities that will continue to be managed by the government of Georgia in the future.”
Last summer, the Georgian parliament removed the so-called North-South pipeline from a list of strategic state facilities not subject to privatization. The move raised fears in Yerevan that Azerbaijan’s state oil company, which currently manages Georgia’s domestic gas distribution network, could acquire it to block the vital gas deliveries to Armenia. 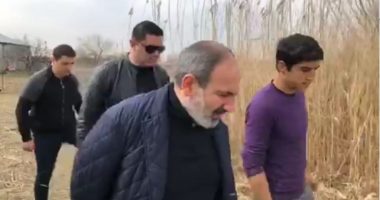 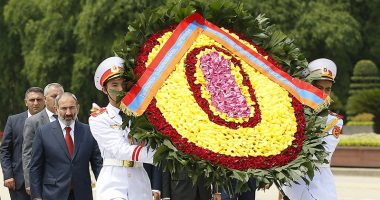