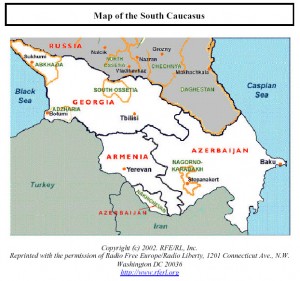 “Though it started long ago, the game is still on. There are only more players with more pieces moving and moved on a bigger board, all for a newer rendition of the Great Game.
“Whichever way people prefer to describe the game – geostrategy or geopolitics – there has been a center-piece: interest in a geography that is important to world powers, past and present; that is, in whatever way these powers deem it as important.”
“If the Caspian Sea can be taken as a dividing line, the west wing of the playing board has been more active in this past year than its eastern counterpart.
Natural resources, capital and routes linking up to the world’s existing and emerging markets for exports and politically tagged investments, not to mention militarily strategic outlets, are such interests in the South Caucasus which to the east links up with the Caspian Sea oil and natural gas riches and to the west links up with the Black Sea commercial and military pathways,” the source reports.”
“Sitting at one end of the board is the same old player, known as the Russian Empire, while at the other end now is an alliance orchestrated not any more by the British Empire but rather by the Americans and the military coalition they dominate, known as NATO.
However, the past year was somehow quiet in the South Caucasus thanks to reassessing and regrouping after the 2008 Georgia-Russia conflict and to a foot-dragging recovery from the 2008-2009 financial and economic difficulties,” the website reads.
“Either as individual states or as component parts of the South Caucasus, the three countries of the region strived in the past year to play themselves instead of being played upon by others. And they all had their moves to make to play some part in the game.
For Georgia, claiming sovereignty over Abkhazia and South Ossetia and dealing with neighboring Russia has put the country under the spotlight from time to time, be it sideline talks concerning Russian accession to the WTO or direct talks in the Organization for Security and Cooperation in Europe (OSCE) summit or its aspirations for affiliation with NATO,” the author says.
“For Azerbaijan, reaffirming UN Security Council Resolution (UNSCR) definitions over the disputed Nagorno-Karabakh while trying to strike a balance over oil and natural gas exports between the old route through Russia and the new route via the Baku-Tbilisi-Ceyhan pipeline has drawn some international attention, and the Azerbaijanis have even warned of resorting to force to regain control over Nagorno-Karabakh,” the source says.
“For Armenia, internationalizing the Nagorno-Karabakh issue by raising Kosovo deja vu and by warning it will recognize the self-proclaimed republic has plucked a string or two on the international chord. The country also has a side-front of its own with neighboring Turkey, from which it has been demanding a public apology and hopefully compensation for the 1910 (1915 MassisPost) massacre of Armenians.
Russia, the former Big Brother to the South Caucasus trio, is in a deadlock with Georgia but has been maneuvering carefully to maintain the balance between Azerbaijan and Armenia,” the author stresses.
“Though the local players were assessing and reassessing the cons and pros, the losses and gains of the August 2008 conflict and the financial and economic crises, other players from outside the region have not rested in 2010. They also made moves on the board.
U.S. Secretary of State Hillary Clinton and EU foreign policy chief Catherine Ashton visited in tandem all three South Caucasus countries before NATO Secretary-General Anders Fogh Rasmussen visited and opened an alliance liaison office in Tbilisi, to reassure they care about and support the region.
NATO later invited the presidents of the three South Caucasus countries to its Lisbon summit, which further reassured the trio about the alliance’s backup,” the author emphasizes. 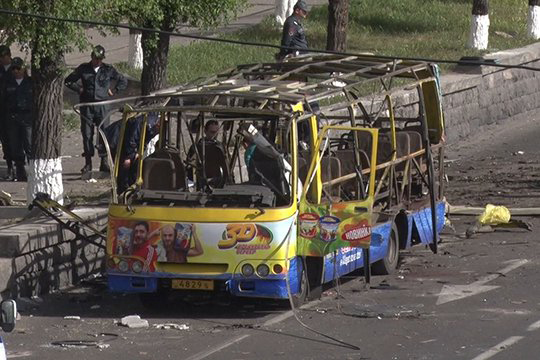 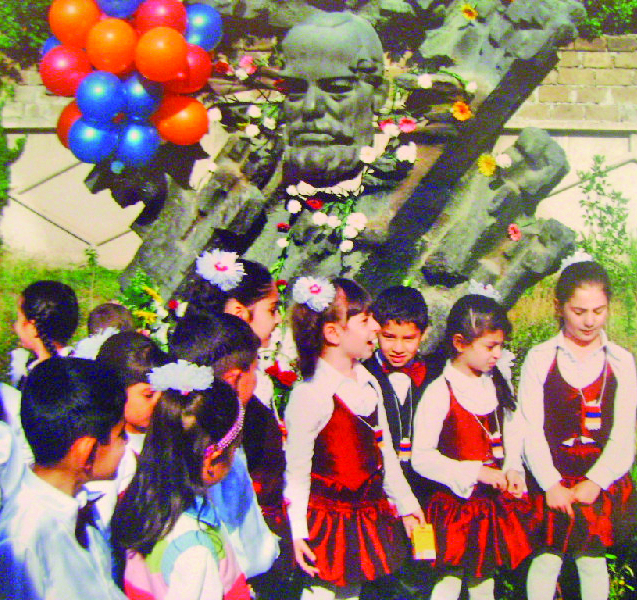 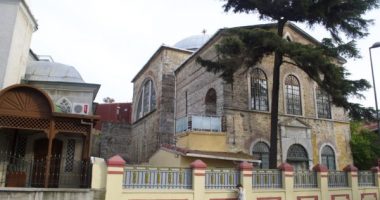