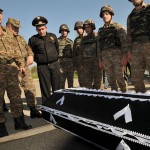 Military authorities in Nagorno-Karabakh handed over the bodies of two Azerbaijani soldiers and received an Armenian corpse on Saturday, in a fresh swap stemming from an agreement reached by Armenia’s and Azerbaijan’s president late last month.
Gavrush Arustamian, an 85-year-old resident of a village in northeastern Karabakh, went missing earlier this year in unclear circumstances. Local officials and residents believe that he drowned in a nearby river, which presumably washed away his body to Azerbaijani-controlled territory.
The Azerbaijani servicemen, Lieutenant Farid Ahmedov and Ensign Mubariz Ibrahimov, were buried on Sunday in a funeral attended by President Ilham Aliyev. The latter bestowed the title of “national hero” on Ibrahimov in July, shortly after he was killed in fighting with Karabakh Armenian forces.
In a speech at the funeral service, Aliyev paid tribute to the two “martyrs” and renewed his threats to resolve the Nagorno-Karabakh conflict by force. “We can restore the country’s territorial integrity by military means at any moment,” he said. “The enemy must know and knows that.”
The June firefight, which also left four Armenian soldiers dead, heightened tensions along the Armenian-Azerbaijani “line of contact” around the disputed territory and especially its northeastern section. Deadly skirmishes there appear to have been more frequent in recent months.
Ahmedov, 24, and another Azerbaijani officer were shot dead in early September in a failed commando raid on Karabakh army positions in the northern Martakert district. Ahmedov’s corpse was shown on Karabakh and Armenian television as proof of that attack.
The Azerbaijani Defense Ministry insisted, however, the two officers were killed while repelling an Armenian attack. It also says that Ibrahimov, 22, died in similar circumstances.
Karabakh officials said initially that Ibrahimov was shot dead in Armenian-controlled territory. But faced with Azerbaijani demands for his body’s repatriation, they claimed afterwards that it is lying in no-man’s lands. “If the Azerbaijanis want to retrieve his corpse, they should go to that neutral territory and retrieve it,” a spokesman for Karabakh President Bako Sahakian told RFE/RL’s Armenian service in late September.
In a statement on Saturday, a Karabakh government commission on prisoners of war and missing persons described the repatriation of Ahmedov’s and Ibrahimov’s bodies, mediated by the International Committee of the Red Cross (ICCR), as a gesture of good will.
Azerbaijan is currently holding six Armenian POWs. According to the Defense Ministry in Yerevan, there are presently two Azerbaijani POWs in Nagorno-Karabakh and none in Armenia proper. It is not yet clear whether they too will be exchanged soon. 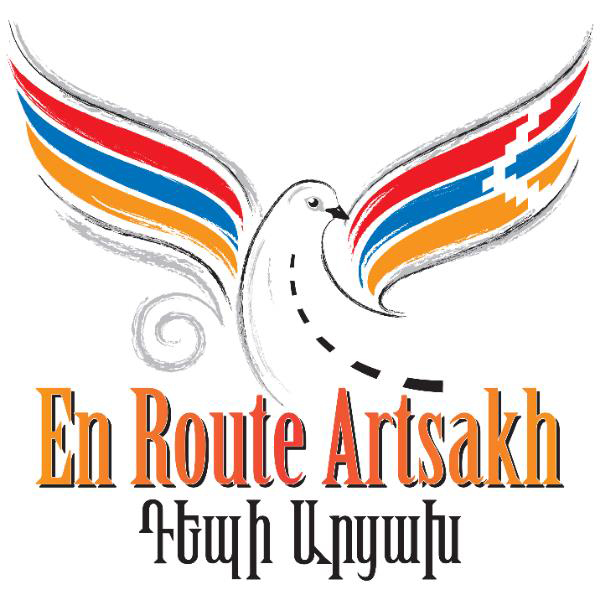 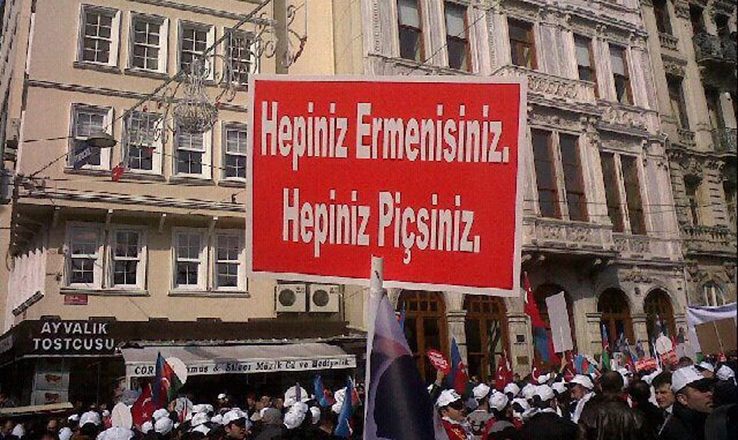 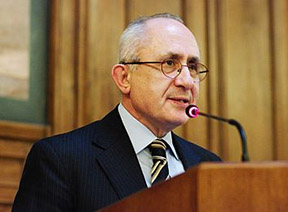