FRESNO — The Armenian Series of The Press at California State University, Fresno announces the publication of its fourteenth volume, Captive Nights: From the Bosphorus to Gallipoli with Zabel Yessayan. This new collection of translations from Zabel Yessayan’s (1878 – 1943?) internationally renowned body of work presents three of her least-known and most revealing stories: Meliha Nuri Hanum, The Veil, and Enough! Written between 1914 and 1928, these works share a common theme of women – both Armenian and Turkish – struggling against adverse social, political, and cultural circumstances, as they also examine questions of identity and marginalization.

Commenting on its significance, Dr. Vahé Tachjian, Director of Houshamadyan, stated that these are “three impressive works from Zabel Yessayan that shed light on Turkish society and Turkish-Armenian relations during a crucial period of the Ottoman Empire marked by wars, dictatorial regime, military defeats, territorial losses, and genocide.”

“Captive Nights: From the Bosphorus to Gallipoli with Zabel Yessayan is an important addition to the Armenian Series,” stated co-editor Prof. Barlow Der Mugrdechian. “The new book broadens the scope of the series by introducing the English-speaking world to a gem of Armenian literature. Zabel Yessayan’s work maintains its timelessness and vitality today.”

In recent years, Yessayan has become one of the best-known Armenian intellectuals of the early twentieth century, earning international acclaim as author, humanitarian, and an activist for social equality and women’s rights. Her career spanned a cosmopolitan and eventful life that took her from Istanbul to Paris and that ended tragically in Soviet Armenia.

This groundbreaking book was initiated by its main editor, Dr. Nanor Kebranian, with generous funding from the Calouste Gulbenkian Foundation in Lisbon and the Fesjian Fund at Columbia University. Following the translation and publication of Hagop Oshagan’s Remnants (2013), Captive Nights marks Kebranian’s second collaboration with award-winning translator, G. M. Goshgarian. Situating Yessayan in the context of larger issues affecting Turkish society and drawing on her research expertise in literature, history, and law, Kebranian’s insightful introduction shows how these stories of social justice are as resonant today as they were a century ago.

Addressing the broader resonance of this volume, Dr. Christine Philliou, Professor of History at the University of California, Berkeley stated, “Three beautiful stories written by a remarkable person that happened to have been a woman and an Armenian in the early twentieth century. Zabel Yessayan—in her life and work—signified a triumph of humanism and empathy over the violence of ethnic divisions, persecution, and genocide that prevailed in her time. And her stories, lovingly translated here by G. M. Goshgarian, and edited by Nanor Kebranian and Barlow Der Mugrdechian, remain a fascinating ray of light and redemption for all the suffering she endured.”

Dr. Valentina Calzolari, President of the International Association of Armenian Studies, added, “This book is a precious gift. We are deeply indebted to G. M. Goshgarian for this elegant and beautiful translation, and to Nanor Kebranian for the selection of these texts. Kebranian’s incisive introduction stresses one of the main concerns of these three short stories: the senselessness of ethno-confessional hatred.” 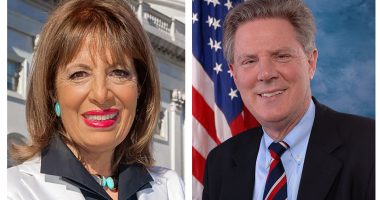 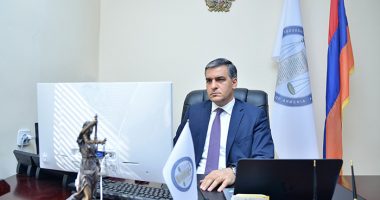