YEREVAN— The Entrepreneurship and Product Innovation Center (EPIC) of the American University of Armenia (AUA) along with the National Leadership Committee of the Entrepreneurship World Cup (EWC) Armenia 2021, proudly announce that the two teams to represent Armenia in the EWC Global Finals are Denovo Sciences as the National Champion and Zoomerang as the National Runner-Up. Both winning startups were awarded $20,000 each and will advance to the Accelerate 2 phase, subsequently competing in the EWC Global Finals. The other winning startups in the Idea Stage and Early Stage were Robodel and MedPoint Technologies, respectively, which were awarded $10,000 each.

“I am impressed by all the collaboration that has led up to what we see here today. Evidence of outstanding teamwork which many actors are involved in led by Michael, Nejdeh and the EPIC team is crowned by the fact that Armenia has been invited to send two startups to the EWC Global,” stated AUA President Dr. Karin Markides in her opening remarks.

In his turn, EPIC Director Professor Michael Kouchakdjian noted: “When we got the request from the leadership of the Global Entrepreneurship World Cup asking us, for the first time, to organize the national events in Armenia, we decided not to do this alone, but use the event as a vehicle to work with all of the ecosystem partners in Armenia, consistent with our vision and strategy at AUA of engaging external stakeholders and community members.”

Next on the podium was Aram Pakhchanian, Chairman of the Board of Ayb Foundation, whose keynote speech titled “Armenia; Contributing to the future by supporting a culture of contribution” set the tone for the event. Pakhchanian emphasized the importance of working together to support collective goals while giving generously. The keynote speech was followed by a panel discussion on “How to speed up the startup ecosystem maturity process in Armenia?” The discussion was moderated by Davit Baghdasaryan, the co-founder and CEO of Krisp. The six panelists were Minister of High-Tech Industry Hayk Chobanyan, Project Advisor for Entrepreneurship Ecosystem Development and Tech Ventures in ITTD project Mariam Babayan, Founding CEO of FAST Dr. Armen Orujyan, founder of Startup Armenia Foundation Hakob Hakobyan, Executive Director of UATE Raffi Kassardjian, and Director of EPIC Dr. Michael Kouchakdjian.

Minister Chobanyan greeted the startups participating in the competition. “It is already a success to be part of this event. I hope that all of you will find your roadmap to success. You have already won and are part of our real ecosystem, and I hope in the near future we will see all of you in your offices to discuss your success stories. I am sure that the process is moving forward in Armenia,” he emphasized.

The last two hours of the program were devoted to the National Finals competition. While the competing teams were channeling their nervous energy in preparation for the pitch, the audience grew in anticipation of hearing from some of the most exciting startups in Armenia. The six jury members of the National Finals were: Deputy Minister of High-Tech Industry Dr. Davit Sahakyan, Co-Founder and Managing Partner of Granatus Ventures Manuk Hergnyan, Co-founder of FAST Artur Alaverdyan, CEO of Synergy International Systems Ashot Hovanesian, CEO and Founder of Podcastle Artavazd Yeritsyan and SoftConstuct’s representative Inga Vardanyan.

The final pitching session was marked by tense competition among the startups, as the teams were not only competing for the established prizes in this national event, but also for the chance to represent Armenia in the EWC Global Finals. Each team had a unique value proposition and an innovative approach to solving an important public need or business problem. During the earlier week-long training sessions at AUA led by pitching expert and consultant Jesus (Chus) Lozano, the teams had worked intensely to optimize and polish their pitching and presentation skills.

Serving as the National Organizer, EPIC, together with the National Leadership Committee and support from 40 sponsors, co-organizers, university and ecosystem partners, was successful in effectively organizing the EWC competition in Armenia working with over 100 startup applicants and hundreds of entrepreneurs. The event attracted a large audience at the Synergy Business Center and hundreds of others watching the EWC Armenia 2021 event online.

The Entrepreneurship and Product Innovation Center (EPIC) is a platform of the American University of Armenia (AUA) for promoting entrepreneurial education, cross-disciplinary collaboration, and startup venture incubation. EPIC provides an ecosystem for emerging entrepreneurs consisting of first-class facilities and collaborative workspace, programs and events, and a network of mentors, advisors, and investors. EPIC fosters the understanding and application of entrepreneurship in students and faculty at AUA to craft high-impact multidisciplinary ventures. 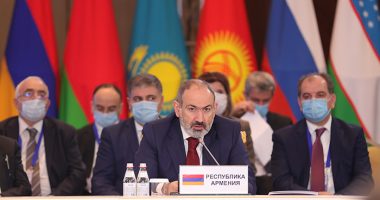 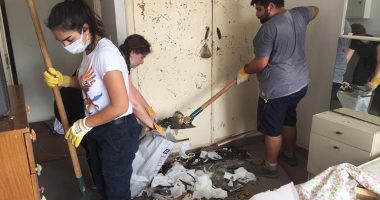 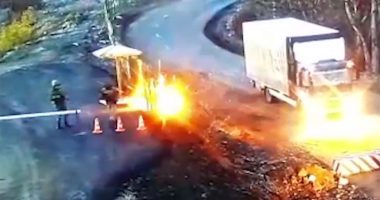