Defense Minister Vagharshak Harutyunyan and his Russian counterpart Sergei Shoigu agreed on how to deal with Armenia’s ongoing border dispute with Azerbaijan when they met in Moscow on Friday, according to the Armenian Defense Ministry.

A statement on the talks released by the ministry said Harutyunyan briefed Shoigu on “details of Azerbaijani army units’ intrusion into Armenia’s territory” and measures taken by the Armenian military in response.

“The sides looked into possible ways of resolving the situation and reached agreement on necessary steps,” it added without elaborating.

The Russian defense minister said the two sides will discuss “all acute problems that have arisen lately” in the Nagorno-Karabakh conflict zone but did not comment on them. He also praised Russia’s close military ties with Armenia and said the two nations are “reinforcing our military cooperation.”

The two ministers twice spoke by phone earlier this month shortly after Azerbaijani troops reportedly advanced several kilometers and crossed some sections of the Armenian-Azerbaijani border, triggering an Armenian military buildup in those areas.

So far Moscow has not publicly sided with Yerevan in the dispute, offering instead to act as a mediator in a delimitation and demarcation of the border. 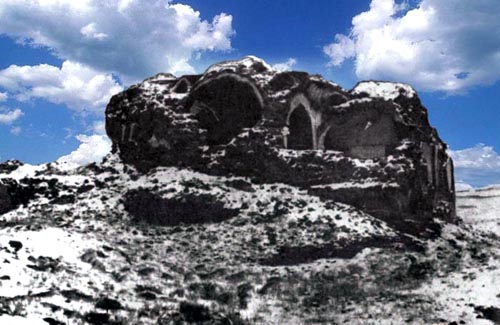