Recently, Prime Minister Pashinyan was interviewed by BBC’s HARD TALK program. As the name of the program suggests, the host’s questions were sharp and an attempt was made to put the Prime Minister in a tight spot. The uniqueness of this show is in its format and all the guests who appear on the show, receive similar treatment. Surely, Pashinyan agreeing to appear on such a program, knew beforehand, that this will be an adversarial interview and not a friendly one.

Despite criticism from different sides, the Prime Minister was able to present Armenia’s positions on various issues, including the recent military engagement with Azerbaijan, relations with Russia and other countries, and Armenia’s internal issues.

As far as the Prime Minister’s English is concerned, although not perfect, Pashinyan was able to express his thoughts effectively. 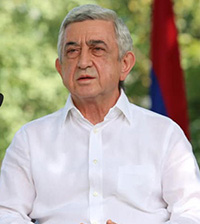 This week, Serge Sargsyan held his long-promised press conference. The former president spoke about the circumstances surrounding the April 2016 Four Day War with Azerbaijan and the losses on the Armenian side.

Shortly after the war, on his way back from abroad, Sargsyan told reporters on his plane that Armenia had lost 800 hectares of land and that they were fighting with 1980s weapons. Back then, this information was new for everyone. Since then, no one had publicly spoken about it, neither the opposition nor the press.

More than four years after the war and two years after being removed from power, Sargsyan suddenly remembers that the lost lands were not 800 hectares, but 400,  the weapons of the 80s are still being used by many countries and that there is nothing wrong with that. In conclusion, he reiterated that the Armenian side won the war.

Some think that with his belated “clarifications” Sargsyan is trying to ward off any criticism, when the parliamentary committee investigating the circumstances surrounding the Four Day War, issues its final report which is expected next month. 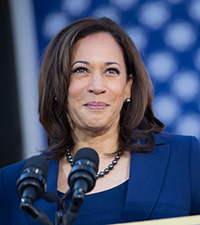 Over a week ago, Democratic presidential candidate Joe Biden named Senator Kamala Harris as his running mate. This nomination was greeted with enthusiasm and support not only by women and members of the black community, but also among other minorities. Kamala Harris was born in California to a Jamaican father and an immigrant mother from India. Americans of Caribbean decent, as well as Indian Americans are excited with the Vice-Presidential candidate. This shows that being proud of the successes of members of one’s own community is not unique to small nations. Indians, numbering 1.3 billion around the world, are just as proud of the success of someone with their similar roots. 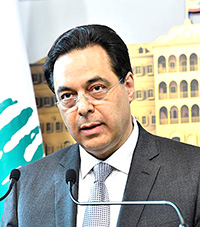 Lebanese Prime Minister Hassan Diab’s short-lived term in office came to an end. A week after a powerful bomb destroyed the capital city of Beirut on August 4th, Diab’s government collapsed and he tendered his resignation amid street protests. This was a striking blow for Hezbollah’s leader Hassan Nasrallah, as Diab was considered his hand-picked man.

On the other hand, French warships anchored at the wrecked Beirut port and 700 soldiers started taking part in the rescue operations. The British ships are also headed to Lebanon to provide aid and assistance. Furthermore, the FBI will take part in assisting the Lebanese investigators to identify the cause of the explosion.

Many believe that the presence of these countries on Lebanese soil will not be limited and new arrangements within the country are forthcoming, especially, since French President Emmanuel Macron is preparing to visit Beirut once again. There seems to be an international agreement to not allow Lebanon to become a failed state. 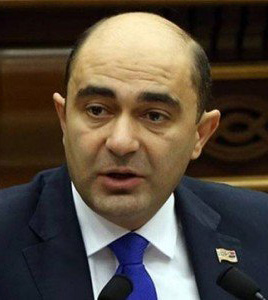 The leader of the “Bright Armenia” party and its parliamentary bloc Edmon Marukyan, blamed ousted regime members for helping improve the approval rating of Prime Minister Pashinyan. According to Marukyan, with their constant attacks on Pashinyan, they are hindering the progress of the parliamentary opposition like them. Marukyan thinks that every time the former ruling Republicans talk about the Prime Minister’s declining rating, the people rally around Pashinyan even more. “I sometimes have the feeling that they have a secret agreement to strengthen Pashinyan’s position,” Marukyan said sarcastically. 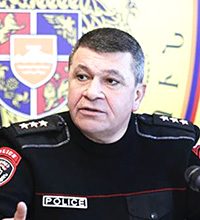 Former Chief of Yerevan Police Vladimir Gasparyan was once again in the news. “Azatutyun” radio journalists uncovered that aside from his mansion overlooking Yerevan, Gasparyan has built a second villa on the shores of Lake Sevan. The aerial video shows that the large house has a private marina. All this, of course, is done with the modest salary of a state official.

The newly appointed Minister of Environment Romanos Petrosyan promises to demolish houses, restaurants, entertainment venues and other construction on the shores of the lake that have been illegally built on public properties. Will the implementation of this decision reach Vladimir Gasparyan’s mansion? It remains to be seen. 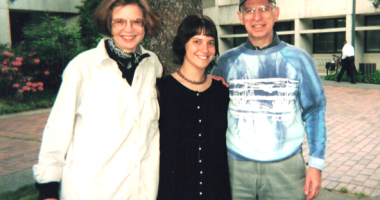 YEREVAN — Sara Bilezikian was a free spirit, in the truest sense… 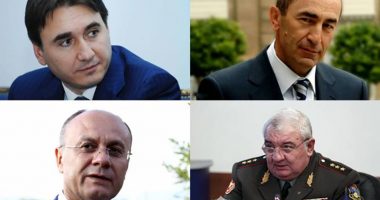