YEREVAN (RFE/RL) — Armenia’s top government officials and politicians attended on Sunday an official ceremony to mark the 20th anniversary of an armed attack on the Armenian parliament which left its popular speaker Karen Demirchyan, Prime Minister Vazgen Sarkisyan and six other officials dead.

They were killed by five gunmen who burst into the National Assembly and sprayed it with bullets on October 27, 1999, six months after parliamentary elections won by Demirchyan’s and Sarkisyan’s Miasnutyun (Unity) alliance. The gunmen led by an obscure former journalist, Nairi Hunanyan, accused the government of corruption and misrule and demanded regime change.

They surrendered to police after overnight negotiations with then President Robert Kocharian. They were subsequently tried and sentenced to life imprisonment.

Some relatives and supporters of the assassinated officials suspect Kocharian and his successor President Serzh Sarkisian (no relation to Vazgen), who was Armenia’s national security minister in October 1999, of masterminding the killings to eliminate increasingly powerful rivals. Both men repeatedly dismissed such suggestions during and after a serious political crisis caused by the killings.

Prime Minister Nikol Pashinyan, other government officials as well as leaders of Armenia’s main political forces marked the anniversary by laying flowers at a memorial to the victims of the shock attack erected inside the parliament compound in Yerevan. Relatives of the victims also took part in the ceremony.

Vazgen Sarkisyan’s supporters and comrades-in-arms also visited the Yerablur military ceremony where the slain prime minister was buried. Sarkisyan had also served as defense ministers and been one of the founders of the Armenian armed forces. 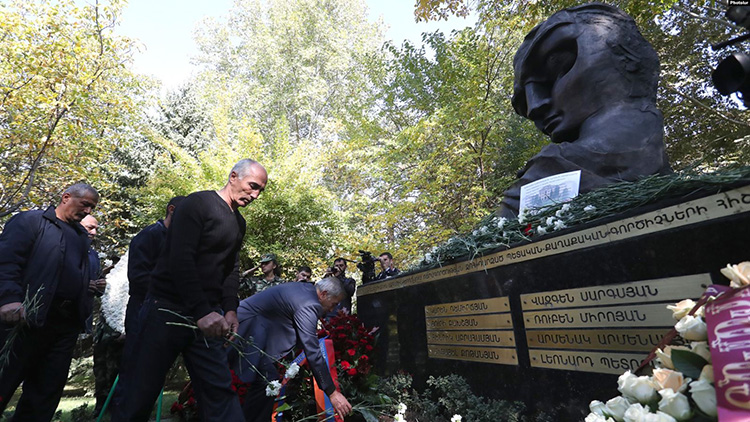 The anniversary commemoration came less than a week after it emerged that Hunanyan has asked authorities to release him on parole. The attack ringleader, who will turn 54 in December, is eligible for parole because of having spent 20 years in prison. Nevertheless, Justice Minister Rustam Badasyan effectively ruled out his release last week.

On Thursday, Arman Babajanyan, a parliament deputy, visited Hunanyan at a Yerevan prison and talked to him for two hours in the presence of the prison chief. Babajanyan claimed to have received important information from Hunanyan when he spoke to RFE/RL’s Armenian service afterwards. In particular, he hinted that the jailed terrorist implicated Kocharian in the killings.

Babajanyan’s claims sparked speculation that the current Armenian authorities may reopen the probe of the parliament killings and bring fresh charges against Kocharian. The former president is already in jail, standing trial on charges mostly stemming from the 2008 post-election violence in Yerevan. He denies the accusations as politically motivated.

Aram Sarkisyan, Vazgen’s brother and successor who has for years alleged Kocharian’s possible involvement in the 1999 plot, cautioned on Sunday that Hunanyan’s potential fresh testimony must not be taken at face value. He said that the ringleader could falsely incriminate the ex-president in hopes of regaining freedom.

“Any convict thinks about getting out of jail as soon as possible and [Hunanyan] doesn’t care about methods [of securing his release,]” Aram Sarkisyan told reporters. “Do you think he is so honest and has so much remorse that we wants to speak up? Of course not. He saw on TV the revolution that took place in the country [in 2018,] can now see the ongoing war before the current and former rulers, and is trying to cash in on that war.”

Pashinyan declined to talk to the press after laying flowers at the parliament memorial. 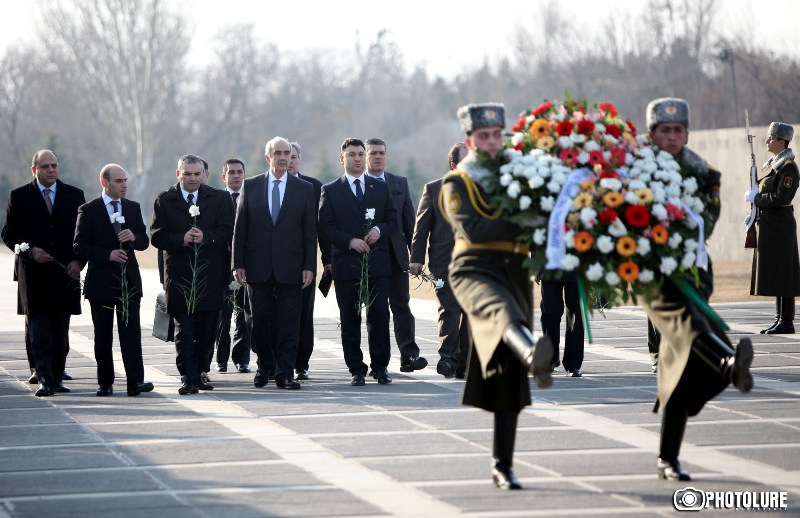 YEREVAN — A delegation headed by the President of the Greece Parliament,… 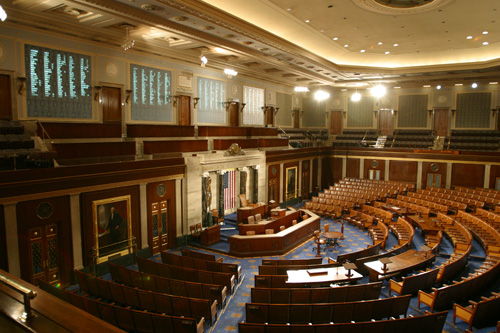 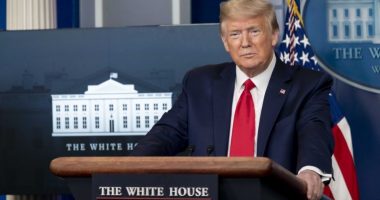