The displacement of refugees has been an international concern in recent years. A talk at the Eastern Diocese’s Krikor and Clara Zohrab Information Center looked at a similar humanitarian emergency from a century ago, which developed at the Caucasus front following the Armenian Genocide.

Asya Darbinyan spoke on the subject on Thursday, January 17, at the Diocesan Center in New York. She was introduced by Zohrab Center director Dr. Christopher Sheklian, who detailed her background as a Ph.D. candidate at the Strassler Center for Holocaust and Genocide Studies at Clark University in Worcester, MA.

To begin her talk, Ms. Darbinyan noted how a century ago, the Armenian writer Hovhannes Toumanyan recorded his observations after arriving in the town of Etchmiadzin to help to the thousands of Armenians fleeing across the Ottoman border of Transcaucasia.

“In that hell called Turkish Armenia,” he wrote, “three armies exist. The first is the one in combat. The second is the army of the abandoned women and children, the sick, the famished, the naked, the refugees which is the largest army. And third is the army of activists and helpers which is the smallest and weakest.”

Between 1914 and 1917, thousands of Armenian refugees escaping from Turkey across the border to Transcaucasia came from Kars, Igdir and Julfa. Two-thirds of them were women, since most of the men had been slaughtered. More than 200,000 refugees from Turkey had reached the Caucausus between July and August 1915. Upon arrival, they were accommodated in Yerevan, Elizavetpol, Tiflis, and Kars.

The local Armenian populations “mobilized all their resources towards the organization of relief work for the displaced Armenians, many of whom were very poor, disabled, and in need of urgent assistance,” Darbinyan related.

Dr. Samuel G. Wilson, a Presbyterian missionary from the American Committee of Armenian and Syrian Relief, reported, “Many of the Armenian villagers have taken in and cared for the destitute refugees. Others have given them the use of their spare rooms, bake-houses, stables and barns.”

Etchmiadzin became one of the major refugee towns in the Caucasus. And Mayor Alexander Khatisyan of Tiflis stated, “the number of refugees in Etchmiadzin is 30,000, with the daily death toll above 300. Five hundred corpses remain, that are not buried. Healthy refugees have scattered in panic,”

Humanitarian Crisis
Reports of Turkish atrocities against the Armenians and the Caucasian humanitarian crisis quickly reached the imperial Russian authorities. The Russian government as well as a number of non-governmental organizations in the Russian Empire provided humanitarian assistance to thousands of Armenian refugees, the speaker revealed.

“Russia’s joint declaration with Great Britain and France in May 1915 defined the atrocities against the Armenians in the Ottoman Empire as a crime against humanity, and promised to hold the Ottoman government and those implicated in the massacres personally responsible for those crimes.”

Two prominent Armenian organizations in the Russian Empire that addressed the Armenian refugee crisis were the Caucasus Armenian Benevolent Society with its 72 branches, and the Armenian Central Committee in Tiflis for its assistance to victims of war. Both established hospitals and feeding stations in more than a dozen cities and towns.

The Moscow Armenian Committee mainly operated in Yerevan opening a hospital, a food depot, three orphanages, and a school for 110 orphan-students in Ashtarak, and Etchmiadzin. And the Committee of Brotherly Aid was a major institution with branches in Etchmiadzin, Alexandropol, and other major areas which was under aegis of the Catholicos of All Armenians.

With the emergency growing speedily, the Russian imperial authorities established the Special Council for Refugees to ensure the efficiency of the refugee humanitarian activities, issuing cards to all identified refugees for food and medical assistance.

They also insisted that able-bodied refugees find work in farming and workshops and help with the education of refugee children who were housed in orphanages throughout the Caucasus. Other Russian aid groups included the All-Russian Union of Towns and the Caucasus Committee.

Savior or Master?
The Russian motivation was complicated. Ottoman Armenians wondered whether Russia was a savior or another imperial master. Russian policy towards Armenians had generally fluctuated depending on the economic, military, political and geographical developments in the region. According to historian Avetis Harutyunyan, “Russian imperial authorities never actually aimed at protecting Armenians.” Their relief work was just the “by-product” of Russian imperialist and colonization policies.

Historian Peter Holquist wrote that when the war was waged, “urgent military interest, rather than an anti-Armenian policy shaped those decisions.” Another historian Halit Akarca called Russian policy in Eastern Turkey during the war as “humanitarian occupation,” motivated by strategic and political concerns.

Darbinyan concluded that “the desire to help others and save lives of strangers was there and mobilized people, agencies, governments and even empires. As the providers of assistance often made, and still do make for the ‘people in distress’, help was and is based not on the actual needs and concerns of the refugees, but rather on their sometimes inaccurate perceptions of those groups.” 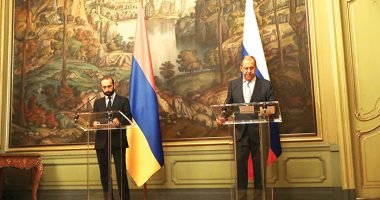 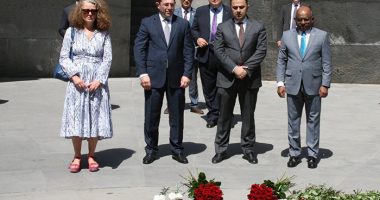 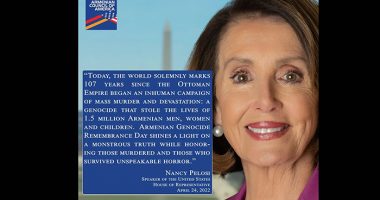