YEREVAN — Aurora Humanitarian Initiative has made a grant of US $20,000 to the Matenadaran, the national repository of ancient manuscripts. The Matenadaran will use the funds to organize professional development opportunities for young scholars and guides.

“Professional development and providing in-depth knowledge is one of the Matenadaran’s most important missions,” said Matenadaran Acting Director Vahan Ter-Ghevondyan. “This grant will make it possible for our guides and young researchers to develop their professional skills. The continuing partnership between the Matenadaran and the Aurora Humanitarian Initiative is contributing to the preservation of a cultural heritage that belongs to all of humanity,” he added.

The Matenadaran will organize more than 50 lectures on general topics in the humanities, as well as specific subjects related to the Matenadaran collection, including Medieval Studies, Manuscript Studies, Historical primary sources, Bibliography formation, colophons, restoration and preservation of manuscripts and archival documents. The lectures will be offered from January to April and November to December 2018. Although intended for guides and researchers working in the Matendaran, they are open to all others interested in the topics.

Established in 1959, the Matenadaran is a repository of ancient manuscripts, as well as a research institute and museum in Yerevan, Armenia. It is one of the world’s richest depositories of medieval manuscripts and books which span a broad range of subjects, including history, philosophy, medicine, literature, art history and cosmology, in many languages. The Matenadaran preserves more than 22,000 manuscripts and 1,000,000 individual archival documents. Since 1997, it is part of the UNESCO Memory of the World Register.

“The Matenadaran is one of the most important centers of study of Armenia’s cultural heritage and place in human knowledge and the development of western civilization. The Aurora Humanitarian Initiative is pleased to continue this important partnership which is aimed at enhancing the presentation and promotion of Armenia’s global heritage. By supporting the professional development of young researchers, we are investing in the transmission of this cultural heritage to future generations,” said Ruben Vardanyan, Co-founder of the Aurora Humanitarian Initiative.

This is the third grant to the Matenadaran, as part of the Aurora Humanitarian Initiative Armenian Memory Act, committed to enhancing the preservation and use of archives and documentation of the Armenian experience. In 2015, the Matenadaran received a grant to purchase a special scanner to digitize manuscripts making them more accessible for researchers and the wider public. 617 manuscripts and 4327 archival documents have been digitalized to date. In 2016, the grant funded the training of ten Matenadaran guides in Germany. 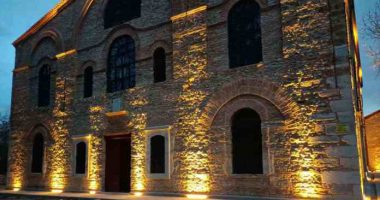 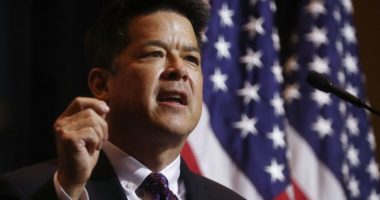