Will Trump Tell the Truth About the Armenian Genocide?

As Hitler launched his invasion of Poland in 1939, he instructed his commanders “to send to death mercilessly and without compassion, men, women and children of Polish derivation and language.” He assured his staff the world would raise little objection: “Who, after all, speaks today of the annihilation of the Armenians?”

That was a reference to the systematic destruction of the Armenian population by the Ottoman Turks beginning in 1915. World powers had offered little resistance to the slaughter as it occurred. Later, Turkey’s insistent denials made it the “forgotten genocide.”

Turkey, ostensibly an American ally, still refuses to confront its history. The U.S. government also has failed to give the annihilation of the Armenians its due. American administrations have bowed to Turkish pressure and failed to affirm consistently a simple fact: The slaughter of the Armenians was not a mere misfortune of history but a systematic genocide.

Such reticence wasn’t necessarily surprising, given diplomats’ cautious and equivocating nature. But President Trump, in recognizing Jerusalem as the capital of Israel, seems to be signaling a new age. In 1995, Congress enacted legislation directing the State Department to recognize Jerusalem as the capital of Israel and move the U.S. Embassy there. Candidates Bill Clinton and George W. Bush promised to move the embassy, and Barack Obama said in 2008 that “Jerusalem will be the capital of Israel.” Once elected president, all three reneged on their pledges. Now, at last, America’s Jerusalem policy is consistent with its principles and with historical fact.

That makes me optimistic that America may similarly acknowledge the historical truth of the Armenian genocide. The facts are compelling. For millennia, Armenians lived in the shadow of Mount Ararat, in what is now eastern Turkey. For much of its history, this Christian minority lived in peace with its Muslim neighbors. But as the Ottoman Empire began to disintegrate in the late 19th and early 20th centuries, the Armenians became targets of oppression. As World War I loomed, the Turks saw the opportunity to settle their “Armenian question.”

First they arrested and executed community leaders and intellectuals. Then they drove the remaining civilians out of their homes in long “death marches” to the Syrian desert. As many as 1.5 million Armenians were murdered.

For me, this chronicle is not confined to history books. My paternal grandfather, Henry Morgenthau, was President Wilson’s ambassador to the Ottoman Empire as the horror began to unfold. He quickly understood that this was slaughter on a scale the modern world had never seen. He protested to Turkish leaders, who replied that the Armenians were not American citizens and thus none of the ambassador’s concern. Besides, they said, Ambassador Morgenthau was Jewish, and the Armenians were Christian.

The Turks even threatened to pressure Washington to recall him. My grandfather’s reply was eloquent: “I could think of no greater honor than to be recalled because I, a Jew, have done everything in my power to save the lives of hundreds of thousands of Christians.”

The Turks refused to relent, and my grandfather turned to his own government. He sent Washington a diplomatic cable reading: “A campaign of race extermination is in progress.” The State Department, then preoccupied with World War I, responded with indifference. Ultimately my grandfather decided to appeal to the world’s conscience through a series of speeches.

Eventually a massive aid campaign helped resettle the scattered survivors. But the genocide had exacted an unfathomable toll on the Armenian people—and on my grandfather’s spirits. He returned to the U.S. determined to spend his days helping the survivors, sometimes appearing at Ellis Island as “Uncle Henry” to sponsor refugees who had no one to meet them. And he did something else. He taught his children and his grandchildren the history he had witnessed. The lesson he drew was clear: When principle succumbs to expediency, the inevitable result is tragedy.

Every April, the president issues a proclamation recognizing the atrocity that was inflicted on the Armenian people. But bowing to Turkish pressure, that proclamation has never contained the word “genocide.” That must change.

I do not underestimate the concerns of those who say the wrath of Turkey may work against U.S. interests—as I do not dismiss those who say moving the embassy to Jerusalem may complicate peace negotiations. But a just and lasting world order cannot be built on falsehoods and equivocations. Let President Trump demonstrate that commitment once more by declaring the truth of the Armenian genocide. This would send clear message to the thugs in power around the world: Your criminal acts will not go unnoticed.

Robert M. Morgenthau is retired US District Attorney for New York County, he is the grandson of Henry Morgenthau, Sr., United States Ambassador to the Ottoman Empire during World War I. 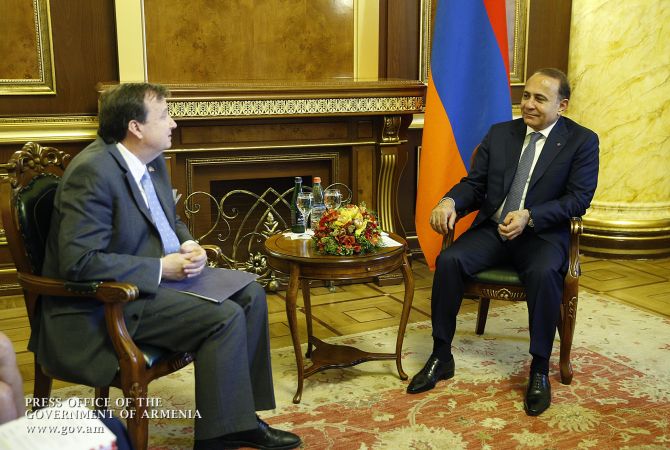 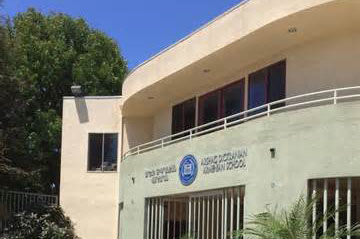 By Hagop Balian- (Original Text in Armenian) We said …. CENTENNIAL! (The… 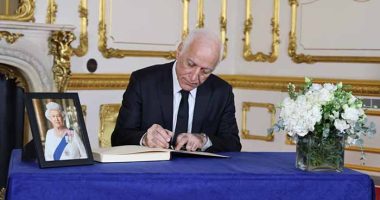