The Telfeyan brothers of Kesaria, Karapet and Movses, were highly successful rug producers at a time when piled carpet-rugs from Kesaria became very popular in the European markets of the second half of the 19th century. They were the first to produce “jejim” carpets, and their factories developed into thriving rug making facilities.

This lecture will focus on four particular rugs. The first is the larger of two rugs from the Telfeyan collection and is called “Gate of Paradise”, design two; it has an arch resting on two columns on the upper end. The second, smaller one has a floral, European-inspired design with a circle-centered, decorative background. These rugs were made in Movses Telfeyan’s factory prior to 1896, before the family left Kesaria. The third rug is from Setrak Timuryan collection. The fourth rug is also a large one and called “Gate of Paradise”. It is from the private collection of late Luther Eskijian and is currently on display at Ararat-Eskijian Museum.

Sofi Kachmanyan began her career in textile decorating and embroidery arts at Art-Technical College in Yerevan, Armenia. Shortly after her graduation, she earned the title “Master Folk Artist of Embroidery Arts” and participated in a variety of exhibitions in Armenia as well as in Russia. After moving to the United States in 1988, she continued her education in fashion design and costume-making earning her Bachelor’s and Master’s degrees from California State University, Los Angeles. Her designs have been showcased at various venues in Los Angeles, New York, and southern France. She has received for best theater costume design in Los Angeles and has won the LA Weekly Award. Currently, she is working on her doctorate dissertation at the Institute of Arts, pre-Academy of Science of Armenia, Yerevan. The topic of her research is the symbology of the vestments of the Catholicos and their presentation in Armenian medieval manuscript painting.

For information about the event, please contact (747) 500-7585 or
[email protected]rat-eskijian-museum.com. 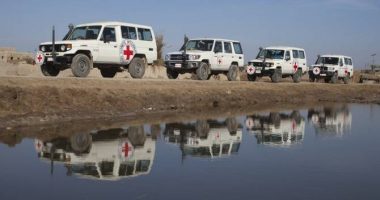