The presidents of the CSTO member states unanimously approved the candidacy of Khachaturov, Armenia’s top army general until last October, at an informal summit held in Kyrgyzstan’s capital Bishkek.

“Khachaturov will take over his duties on May 2, 2017,” Valery Semerikov, the CSTO’s acting secretary general, was quoted by Russian news agencies as saying.

The CSTO member states agreed in 2015 that their representatives will take turns to run the organization on a rotating basis. An Armenian official was supposed to replace the Russian-led alliance’s longtime secretary general, Nikolay Bordyuzha, more than a year ago.

However, the presidents of Russia, Armenia, Belarus, Kazakhstan, Kyrgyzstan and Tajikistan decided to extend Bordyuzha’s tenure by one year. They again failed to agree on his replacement at summits held in Yerevan and Saint Petersburg in October and December last year respectively.

The Nagorno-Karabakh conflict is thought to be the main reason for the delay. Some CSTO states, presumably including Kazakhstan and Belarus, were reportedly reluctant to have an Armenian hold the position because of their warm ties with Azerbaijan.

Kazakhstan and other Central Asian states have repeatedly signed pro-Azerbaijani declarations on Karabakh in the past, prompting criticism from Armenia. Belarusian President Alexander Lukashenko signed a similar joint statement with his Azerbaijani counterpart Ilham Aliyev when he visited Baku in November.

Born and raised in Georgia, Khachaturov served in the Soviet army before joining Armenia’s newly established armed forces in 1992. The 64-year-old general was the chief of the Armenian army’s General Staff from 2008-2016. He was appointed as secretary of President Sarkisian’s National Security Council in October. 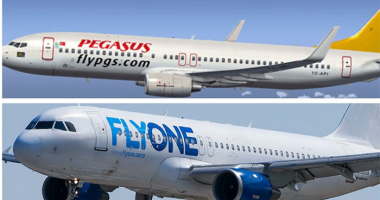