Last week, I was in Berlin for attending the conference organized in memory of Hrant Dink. The day after the conference, I had a meeting with a group of deputies in Bundestag. When I entered Reichstag building where Bundestag is located, I heard a very nice piano melody. I asked the people who welcomed me where this melody was coming from. They said, “From the hall of general assembly.”

I couldn’t help to peak inside the hall and they said that there was an event for commemorating the Holocaust. The hall was full. All deputies, Chancellor Merkel and ministers were present at the hall of the general assembly. All of the parliament warmly applauded this piano recital and speeches in memory of the Holocaust.

I should admit that I envied. German Parliament was commemorating the victims of the great crime that was committed by Nazi government in the recent history. And I was coming from an entirely different atmosphere; from my country, where the atrocities of yesterday haven’t been acknowledged and the atrocities of today go on with impunity… I felt sorry for my country and went to the meeting with teary eyes…

Just a week before this meeting, I was banned from the parliament because I mentioned what happened to my people at the end of Ottoman period. While I, as an Armenian deputy, wasn’t allowed to speak about 102-years-old sins; all German deputies, leftists, rightists, members of the ruling and opposing parties, were sitting side by side with a great self-confidence and confronting with their mistakes. And none of them was thinking that German identity is defamed by that.

The constitution that Odyan wrote
In Turkey, looking at the pages of the history is getting more and more difficult. Let me tell you how I experienced it. One week before the commemoration event in Berlin, I began to talk about the proposed constitutional amendments by saying, “We are about to make a historic mistake.” I said, “We long for a social contract which every one living in our common homeland can call my constitution.”

My purpose was to take the deputies back to the days when the constitution was discussed in the Ottoman period. I wanted to remind the mistakes that were made back then. In fact, few people know that our first constitution was written in 1876 by a committee consisting of various identities and Krikor Odyan was the one who wrote it. This constitution was suspended by Abdulhamid and a period of autocracy started, which continued until 1908. And you know the rest… Seeking for democracy, coup by Talat and Enver and the great disaster…

Today, MHP defines the proposed amendments that had been discussed in the parliament as “the constitution of the Turkish nation”. It makes me frightened, because Talat and Enver had a similar mentality and tried to implement the constitution of the Turkish nation. They regarded some people as acceptable citizens, while they ignored some others. In fact, they even exterminated some of the people. During 1913-1923, great massacres, genocides, population exchanges and pogroms took place. We lost majority of Armenian, Syriac, Greek and Jewish people.

However, when I told about these facts in the parliament, all hell broke loose! An unprecedented punishment was imposed on me because I said “genocide”. I was banned from the discussions for 3 sessions. My speech was deleted from the parliamentary minutes.

Many of my friends who read about the incident on internet said, “Garo, you are right, but is this the right time for speaking about the genocide? We are heading towards a dictatorial regime.” This was understandable, because media was making a fuss about the word “genocide”. My two cognates made statements to the press and said that they found my speech “irrelevant and untimely”. I wasn’t surprised. Some people just bow down in times like these. Fear and worry are understandable feelings.

“Well then, you name it”
However, my purpose was not to say “genocide” at all costs in the midst of the uproar caused by the discussion on the amendments. In fact, I have said “genocide” or “Armenian Genocide” in the parliament for many times. There was no trouble before. This time again, I called what happened to my people “genocide” just like I always do.

However, something different happen; insults and crisis… I said, “Well then, you name it,” to the ones who objected me. That night, MHP threatened AKP with not supporting the proposed amendments, if I am not punished. Thus, I was banned from the parliament with the votes of AKP, MHP and CHP. I was subjected to the lynching campaign of the nationalist front.

However, I didn’t intend to cause a polemic; my purpose was to make people learn from the past and prevent them from making the same mistakes. I wanted to talk about how the process of writing constitution at the end of the Ottoman period led a pluralist society to a mentality of homogeneity, the abuses and disasters caused by one-man-regimes and what all of these mean to us who are trying to write a constitution in 2017.

I know very well that what happened to my grandfather and the great disasters took place in Anatolia were caused by the mistakes that politicians like us made. A system that abolishes the parliament would create the dreadful atmosphere that was created by Talat and Enver who abolished the same parliament. The proposed constitution makes the government and will dependent on one person; it imposes ideology of homogeneity. This is nothing but the repetition of the disasters that took place back then.

I am aware of it and not talking about it would make me feel like I am betraying this country, these lands and the people that I live together.

We can win together
I am worried. The parliament that took action for “writing the constitution of the Turkish nation”, imprisoned Kurdish deputies with great enthusiasm before taking action and doesn’t have enough confidence to let its members vote secretly is giving all the authority to one person; no good can come of this.

Think about it, Christian and Jewish peoples, who constituted 40% in the past, are just one out of thousand now because of a mentality seeking for homogeneity. We suffered gravely. However, it is not only us; every one is missing something. Every one is tainted because of the mistakes of a couple of men.

For me, the problem is not only about violation of my freedom of expression in the parliament, disrespect to the elected will or whether I cannot use “that word”. These are important of course, but what really matters is this: Turkey is determined to take the path about which its own history warns and heading at full speed towards intolerance that became a matter of national consensus and to an authoritarian regime that lacks a mechanism of balance and control.

The ones who will be ignored by the new period will either lapse into silence or revolt, or they will just leave the country. Just like 100 years ago… The country will be damaged and impaired. We might live in a period during which we all lose.

However, we can win together.

On these agonized lands, in which we buried Hrant Dink 10 years ago, every one lives in the restlessness of a dove. This restlessness is not groundless. We, Armenians, know it only too well. That is why I am addressing you, the majority.

Let’s correct this historic mistake before it’s too late. 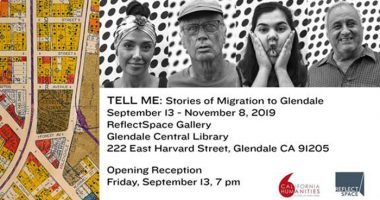