Hidayet Şefkatli Tuksal was born in 1963 in Ankara, Turkey to a Muslim family from the Balkans. In 1980 she enrolled in the theology faculty of Ankara University. She joined a religious order during her time there and started veiling. Tuksal taught at an İmam Hatip school for a time before enrolling in a doctoral program then she received a PhD in Islamic theology from Ankara University. In 1994, Tuksal co-founded the Capital Women’s Platform (Baskent Kadin Platform). The Platform challenged the religious basis of sexism and brought attention to the discrimination and injustice experienced by religious women in secular settings. Tuksal established a clothes selling store with her sisters and mother after she was unable to find a job. Following the 1997 postmodern coup and February 28 process, headscarves were banned in Turkish educational institutions. Tuksal identified this as a women’s issue, and that is related to the women who wear headscarves were most adversely affected by the process. She noted that even some conservative muslim and Islamist men did not consider women wearing headscarves in Islamist institutions to be presentable due to the prevalent Kemalist discourse. Tuksal has studied religious texts and challenged Islamist ideas that lead to the marginalization of women. She also wrote a history of Turkey’s Islamist women’s movement and noted the division between Islamic and secular feminists in Turkey. Beginning in 2012, Tuksal was a columnist for Taraf. She is married and has three children.

Hidayet Şefkatli Tuksal is one of the Turkish notable intellectuals who have signed the “I Apologize Campaign” which was  an initiative launched in December 2008 in Turkey by numerous journalists, writers,  politicians  and professors and called through a form of a signature campaign for an apology for what they considered as the “Great Catastrophe that Ottoman Armenians were subjected to in 1915”. The campaign was done mostly online. The message shown on the website which people had to sign stated “My conscience does not accept the insensitivity showed  to and the denial of the Great Catastrophe that the Ottoman Armenians were subjected to in 1915. I reject this injustice and for my share, I empathize with the feelings and pain of my Armenian brothers. I apologize to them.” The campaign was signed by 5,000 people in the first 24 hours of its publication and 30,000 signatories by January 2009. The campaign, which some interpreted as in direct reference to the Armenian Genocide, created widespread outrage in Turkish society

On September 30, 2014, The Armenian Weekly wrote “Turkish scholars, artists, and writers harshly condemned primary and middle school textbooks that are replete with anti-Armenian rhetoric in Turkey, and demanded that the books be pulled from circulation.” the signatories wrote, “After immediately pulling the ‘History’ and ‘History of the Turkish Revolution’ textbooks from circulation, apologies should be issued to all students, particularly to Armenian ones. As we approach 2015, the road to Turkish-Armenian peace that we long for passes through here.” The textbooks portray Armenians as traitors who plotted with foreign enemies to tear apart the Ottoman Empire and Turkey, and as mass murderers of innocent Turkish and Muslim women and children while Muslim men were waging a war of survival. The textbooks, all published over the past few years and approved by a special commission of Turkey’s Ministry of Education, are also mandatory in Armenian schools in Turkey. Two newspapers in Turkey, Agos and Taraf, had published a series of articles by Taner Akçam on the anti-Armenian hate-filled rhetoric in Turkish textbooks earlier in September. Betül Tanbay was one of the signees of the statement. (1)

The Conference on Islamized Armenians, which was organized by Hrant Dink Foundation with the cooperation of Boğaziçi University History Department and MalatyaHAYDer and with the support of Friedrich Ebert Foundation, Chrest Foundation and Olof Palme International Center took place at Boğaziçi University’s Albert Long Hall during 2-4 November 2013. The conference, which was intended as a gateway to amplify the academic research on the issue, consisted of eight panels in three days, one round table meeting, one forum and one workshop. Simultaneously with the conference, movie screenings were arranged. The turn of the 20th century was a period of significant social and political transformation in the Ottoman geography. Some of these transformations included individual and collective acts of conversion, leading to a number of Armenians who were Islamized in different times and processes. Especially during 1915-1916, the number of forcibly Islamized Armenians has increased significantly. Although the exact number is not known, some of the Armenian children and teenagers survived the death marches and massacres of 1915 through adoption by Muslim families. Among the adults, there were women who survived by marrying a Muslim or, in fewer cases, men; and in even more exceptional cases a whole family, neighborhood or village of Armenians survived by Islamization. Hidayet Şefkatli Tuksal was one of the Turkish intellectuals who participated in the conference on Islamized Armenians and she was one of the participants in the round table discussion about “Religion and Identity”. (2) 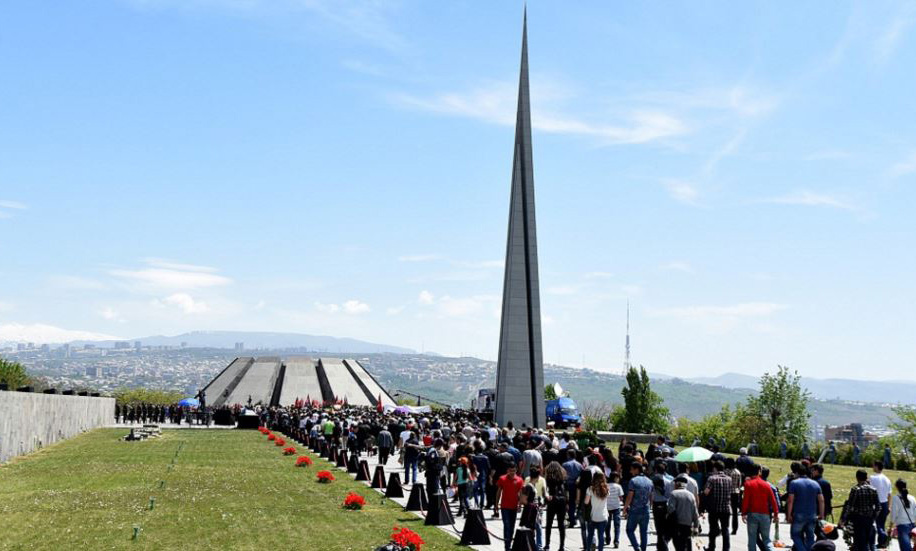 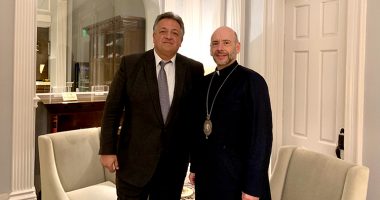 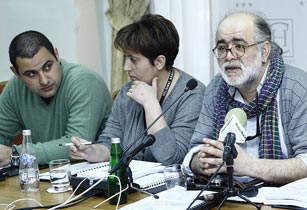